As I have mentioned earlier on, we're doing a breeding atlas in 'Batha' habitats (barren, rocky slopes) this spring. today I did an atlas box at Mt. Amasa, N of Arad. As I have also mentioned before, this is one of my favourite birding sites in March. Arrived very early and was greeted by a superb dawn chorus - Woodlarks, Linnets, Eastern Black-eared Wheatears, Rock and Hill Sparrows. When there was enough light I started walking the slopes. I found some species pretty advanced in breeding: Spectacled Warblers with fledglings, Rock Sparrows and Little Owls with active nests. 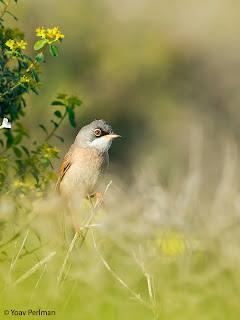 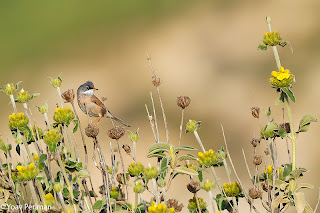 Phlomis platystegia is a dominant bush in this area, though it has a rather restricted range. Such pretty landscape. 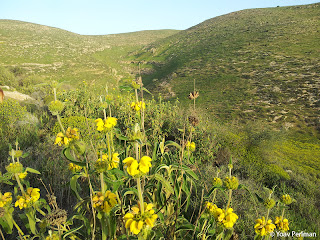 Eastern Black-eared Wheatears were very active; I had 14 singing males - very good density. They are amazing mimics. I saw no females at all. Incubating? 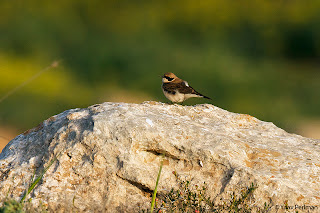 Still some Finsch's Wheatears around - I had four males and this female: 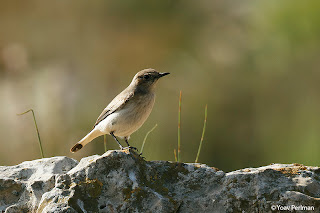 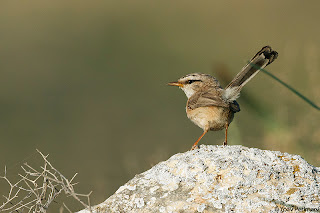 They are cool little birds aren't they? 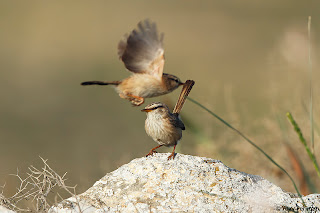 Not too many migrants around; 4-5 Rueppel's Warblers represented a good migration wave through S Israel these days. 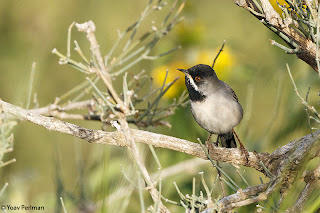 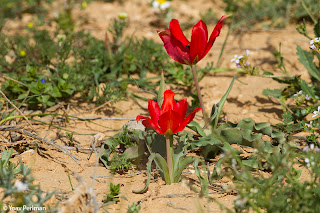 Palestinians crossing the border to poach herbs from the Nature Reserve create a serious conservation concern. They are mainly after Gundelia tournefortii, which has entered our Red List as a result of this poaching. 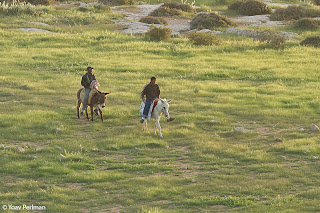 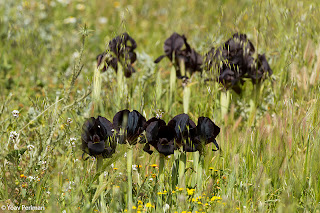 In the afternoon I located a HUGE locust swarm on my way to Noam's kindergarten., some minutes away from my house. I was in a hurry and had no camera with me... but it was an amazing sight.
פורסם על ידי Yoav Perlman ב- 4:42 PM