Led the Nizzana tour today with Meidad. Left Eilat at 04:00. We arrived at Nizzana a bit late but started seeing birds immediately. It took me about 10 seconds to locate a dancing male MacQueen's Bustard, and the next hour was truly magical - so many birds that the tour participants didn't know what to look at first. We had at the same spot two hilarious dancing bustards, four Cream-coloured Coursers attacked by a superb male Pallid Harrier, Asian Desert Warbler, and Pin-tailed and Black-bellied Sandgrouse. Overhead good migration started off - many raptors including Steppe, Lesser Spotted, Booted and Short-toed Eagles, Egyptian Vulture and Alpine, Pallid and Common Swifts went overhead. 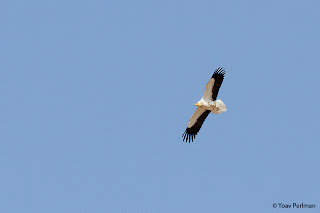 Then we started driving towards Ezuz, where we saw a huge take-off of White Storks (about 1000), some of them returned to drink in a small waterhole. Then they all took off, and were joined by a small group of Eurasian Cranes. 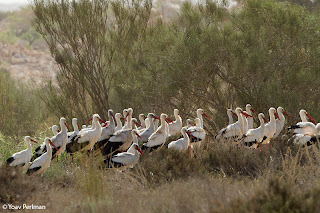 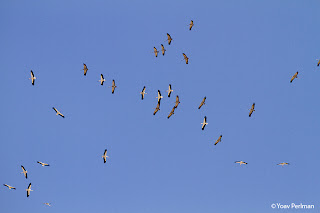 At about 09:30 the weather deteriorated and a dramatic sand storm began blowing hard, slowing our birding considerabely. However we stayed near that waterhole a little longer where we had quite many Hill Sparrows coming in to drink, with additional birds there being some large flocks of Spanish Sparrows, Cretzchmar's Bunting and Eastern Black-eared Wheatear. 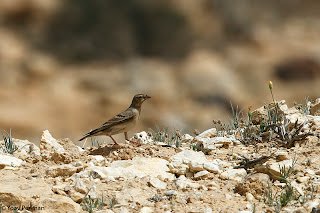 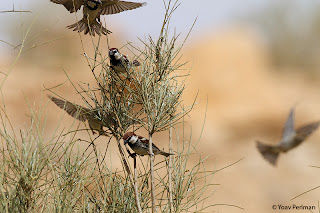 We checked some more sites near Nizzana. Didn't see too much else but found some Dorcas Gazelles, and had a nice group of Negev Iris. 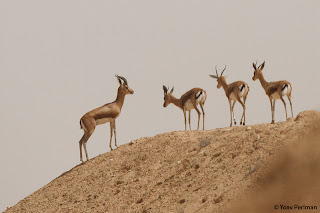 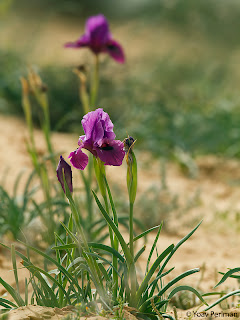 On the way back to Eilat we stopped at Sde Boker which was very productive. We had there typical desert species such as Arabian Babbler, Tristram's Starling, BlackStart etc. The babblers were really entertaining, hopping on the ground near us looking for grubs. A flyby Eurasian Griffon was cool just as we drove out. Got back to Eilat tired but very satisfied. 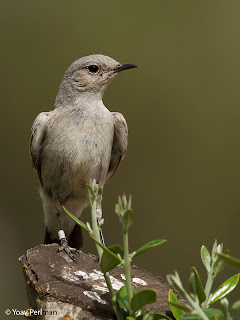 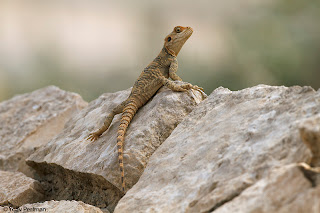