Got back home late last night - only now I have time to write about the two very intensive but highly rewarding days.
On Monday I led the Dead Sea Rambo tour with Meidad. We left Eilat before dawn, and early morning we arrived at Metzoke Dragot to witness the massive raptor migration there, like Noam had had with his NABU group on previous days. But Mr. Murphy worked extra hard, and we had almost no raptors whatsoever, only some local breeding Eurasian Griffons, Egyptian Vultures and Short-toed Eagles. But there was still some good birding to be done in the area. Nubian Ibex were presnt in good numbers, mainly females and cubs. 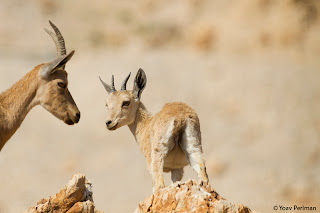 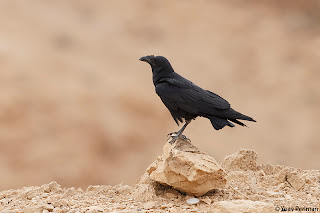 We then went to the watchpoint overlooking the Darga gorge. We saw two Bonelli's Eagles - an adult male and a 2cy, interacting, flying, landing, collecting fresh nesting material - very good action. On the same hill, as usual, we had a singing male Striolated Bunting. Great stuff. 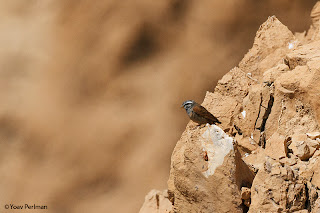 After a lunch break at Ein Gedi, where we added Rock Hyrax to our mammal list and Bllue Rock Thrush to our bird list, we went to wadi Mishmar. It was hot and rather quiet but still quite a few migrants around.
Noam tipped me off on a purple patch at Heimar reservoir south of the Dead Sea. We arrived there in the afternoon and had a really good time. Very birdy site indeed with some quality stuff. There is a nice colony of Dead Sea Sparrows there - we saw only singing males; I assume the females are on eggs. Such lovely little sparrows. 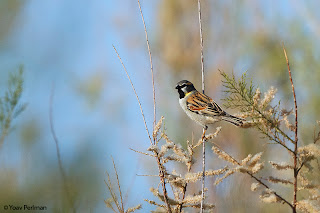 The bloody camera focused on the wrong bird... 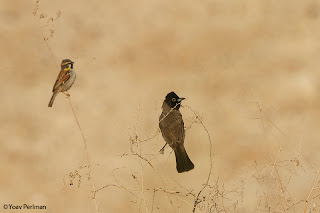 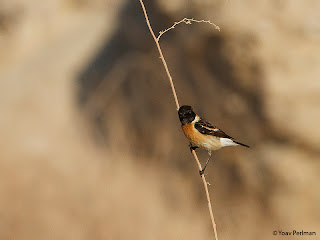 In the photo above the tail looks completely black, but when he spread the tail much white was evident of TF. 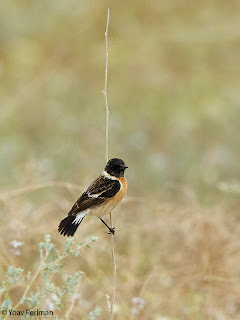 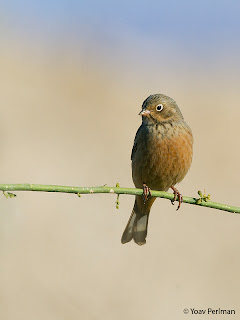 Before dusk we arrived at Neot Hakikar. We checked a good site where we had three singing Clamorous Reed Warblers. A Golden Jackal was very curious about us. A Pied Kingfisher was hovering against the pink sky. Very special atmoshpere. 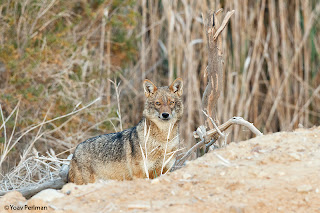 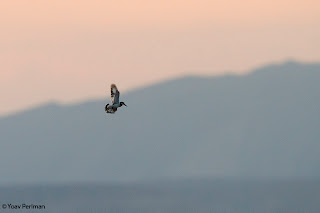 After dusk we found Nubian Nightjars very easily and our group enjoyed great views of these rare birds. 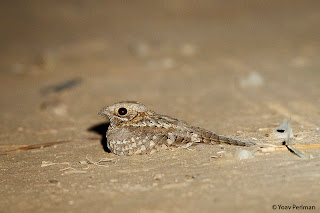 We then headed to a wadi in the Judean Desert where we obtained  a permit to search for Hume's Owls. It was actually super difficult - tough walk in the dark, long search, deminishing adrenalin levels, but eventually presistence and perseverence paid off, and we had breathtaking views of a male Hume's Owl - wow. We returned to Eilat almost 24 hours after leaving, exhausted but very satisfied.

Next morning was one of the most embarassing moments in my birding career. After very little sleep, I woke up at 06:30 from a phone call from two European birders: "we've just found an OBP at imax park". Half asleep I grabbed my bins and camera and headed over. A small crowd assembled, including some of Europe's finset birders. We all watched a perfect Tree pipit, but because we had a pre-conception of OBP, and we were really eager to see a good rarity, we all dismissed the doubts in the back of our heads and said nothing! We discussed the amount of variation in OBP, especially after the bird flew up to a tree and gave a good OBP call, and were all very pleased. Only when I had my first coffee of the morning I understood what an idiot I was after reviewing my images. Lesson learned I hope.

Anyway, later on I checked Ofira park which was better now with Wryneck, two Rueppell's Warblers and quite many other migrants. Around midday there was at last good raptor migration over the city, viewable from my hotel room - my first views of proper raptor migration this week... 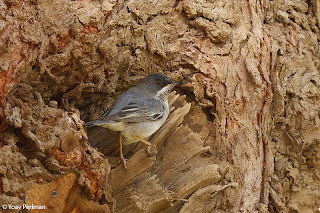 In the afternoon headed north for another rambo tour. On the way out of Eilat got a tip from an English friend  about a day-roosting Pharaoh Eagle Owl just north of Eilat. I found the bird easily thanks to the very percise directions, and later on all Festival tours saw the bird (thanks Chris). Fantastic! 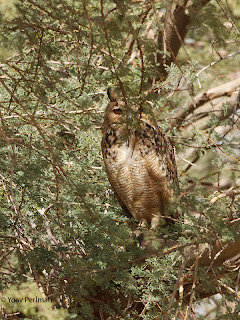 In the afternoon I met the Sunbird group led by Paul French. We checked again the Heimar reservoir site - still very good with little change from the day before. We met up with Jonathan who was with the Festival group, and this time we did the Hume's Owl first, in a different wadi. It worked really well and easy this time - we had extraordinary luck watching a pair interacting, calling, flying back and forth. Wow again.
Then down to Neot Hakikar. Nubian Nightjar was easy again; in and out in a few minutes. Quality birding.

That ended my role in this year's festival. Many thanks to all the festival guests - it was a real pleasure to meet you guys. Special thanks to the festival organizers and co-leaders - Dan, Itai, Jonathan, Meidad, Noam and Yuval.