I am here on Shetland for a great family holiday. We're having an amazing time with breathtaking wildlife experiences and lovely people. More on this very soon. But first, some POTENTIAL stop-press rarity news. Last night I joined a storm-petrel ringing session on Sumburgh Head. This session was organised by Phil Harris, Roger Riddington, Paul Harvey and Will Miles. At about 01:00 this am, Will Miles heard a Swinhoe's Storm-petrel twice, responding to our playback mix that included swinhoe's. Will is confident that he heard a swinhoe's (just a reminder that Will found and caught the first two on Fair Isle in 2013 so he knows his swinhoe's...). Sadly Will was alone at the net at that moment, and nobody else heard the bird after, nor was it seen (or caught...). So obviously Will is very cautious, yet he is confident he heard a Swinhoe's.
Otherwise it was a good session with about 140 European Storm-petrels and 1 Leach's Storm-petrel.
Will is not big on social media, sadly nor are the other participants... So I am reporting on their behalf.
פורסם על ידי Yoav Perlman ב- 7:14 PM No comments:

Went birding with Nick today in East Norfolk. We checked a few sites in unsettled weather - got gloriously wet eventually. Birding was nice but relative highlights were painfully familiar species. Started off at Rush Hill Scrape that was rather empty with high water levels and nothing special.
We arrived at Breydon Water about an hour too late, when the tide was fully up and birds were difficult to see roosting in the tall vegetation. Still great there with large numbers of shorebirds and gulls, including Little Stint, 6 Greenshank, Wood Sand, 1 Barwit, 10 Whimbrel, Grey Plover and 70 Med Gulls. As always, birds at Breydon are very distant. Today the camera stayed in the bag and these photos are phonescoped through Swarovski ATX95.


Part of a 200-strong Avocet flock

Part of the Med Gull concentration 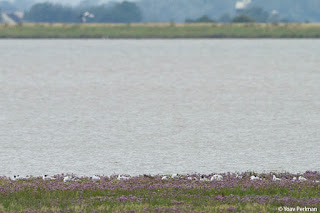 Before heading back to Norwich we returned to Potter Heigham Marshes. Lovely site but we were somewhat disappointed by the small numbers of short-legged shorebirds. Good to see lots of babies of all sorts - evidently the predator fence did the job. I was never so excited before by two Israeli trash birds - Black-winged Stilts and Cattle Egret. We saw all four baby stilts and one parent; then the egret flew into a tree from a cattle grazing marsh. Boom. 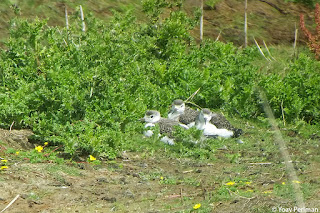 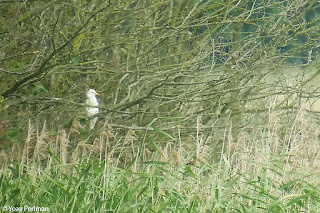 Other highlights were 5 Little Ringed Plover and 3 Garganey. Wow.
Because of the heavy rain few butterflies were on the wing and I don't think I saw a single dragon this morning. Among the more numerous Red Admirals and Painted Ladies we found this female Gatekeeper: 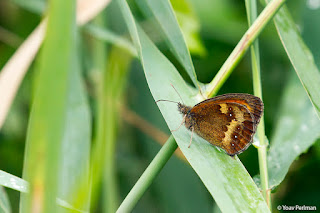 Last night the wind switched to a proper northerly, which means better seawatching conditions. I haven't been out properly for toooooooooooo long, actually since I got back from Iberia, so I was very keen to head out. During the few hours of sleep I dream of albatrosses and Fea's Petrels. I arrived at Cley at 05:00. At first the few birds were disappointingly distant, because the wind had switched to north just few hours earlier. Rather soon I clocked on a Sooty Shearwater - nice, but too distant for a photo. Then birds were pushed closer inshore by the strong wind and there was a nice constant passage of terns and gannets. Albert didn't fly past, nor a pterodroma. Bird highlights of the morning were a Manx Shearwater, Little Gull, 40 Common Scoter and a Guillemot. Sadly I had to leave after a couple of hours - had to get back home for schoolrun. See full list here. After leaving the others had a couple of spoony Poms and a Velvet Scoter. 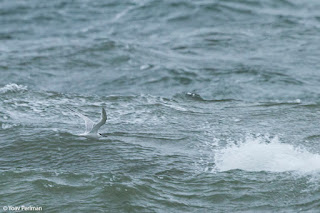 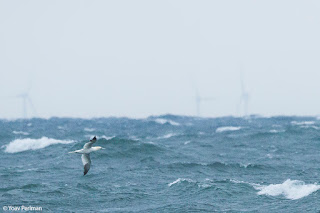 But the true highlight of the morning was an extremely visitor to Norfolk - DIM Wallace who walked into the seawatching shelter in nonchalance, like it's his midlands local patch. Great to see him here, alongside some of Norfolk's finest.
פורסם על ידי Yoav Perlman ב- 11:16 PM 1 comment: