Today was one of those incredible mornings, with the best experience Kfar Ruppin could offer. I started early at the fishponds, had just under two hours to bird. The fishponds were packed with birds; the numbers, diversity and quality were almost overwhelming. There were so many birds (eBird checklist here). There's this one large reservoir, half-empty, that held a fantastic selection of birds, including finding seven Ruddy Shelducks and three Siberian Buff-bellied Pipits (eBird is great but their name, American Pipit (japonicus) sucks), Isabelline Shrike, several Caspian Stonechats.

The ruddies (ducks? geese?) were spooked by an explosion nearby and headed off strongly, to the disappointment of some local birders who were keen to see them. I hope they landed nearby. They provided nice flight views, not the greatest flight shot but gives a taste of the surroundings - alfalfa field with overhanging Black Kites, date plantations. 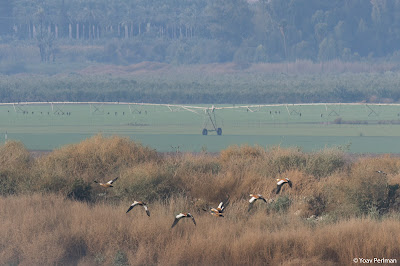 Reed Bunting is pretty scarce and shy in Israel, so it was nice to get this relatively showy bird, albeit sat on a wire: 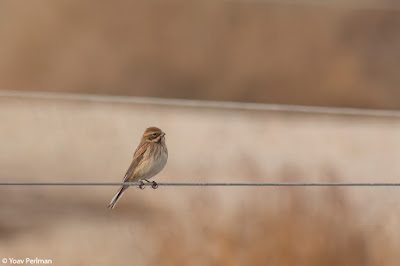 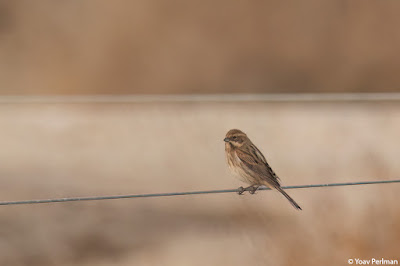 Later on at Amud Reservoir, our restoration pilot project, things are looking very good - the reservoir is full of birds (eBird checklist here) and the habitat is great. Photo from this morning by Jay Shofet: 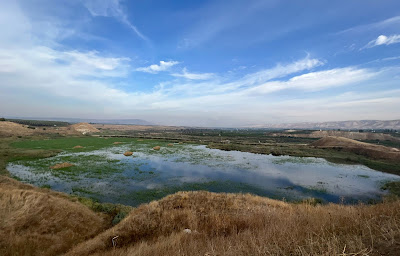 While we were talking about the project to our guests, this monster Bonelli's Eagle flew towards us. I ran to the car to grab my camera and got a nice flyby sequence. 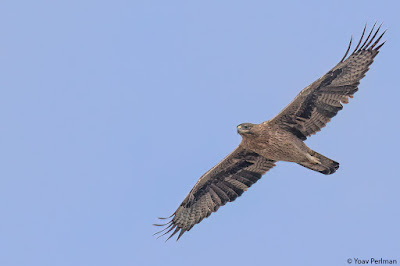 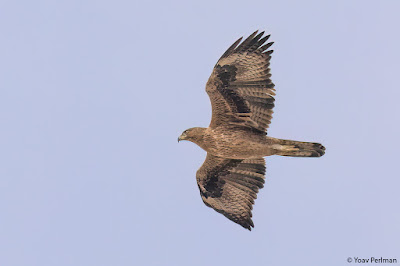 Yesterday morning I left home early, with some expectations for decent 'weather' and migration. I arrived at Arsuf (just north of Tel Aviv) at dawn, to discover clear skies and no wind. Disappointing. Still, there was some movement of pipits and wagtails first thing as I stepped out of the car. I started walking through tall grass and an Oriental Skylark flew up buzzing. Nice. I birded the coastal scrub habitat for a couple of hours. 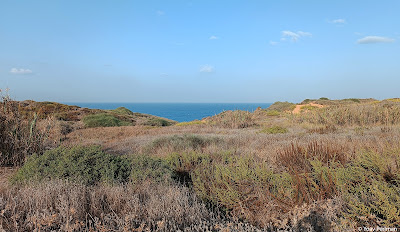 Despite active migration being rather slow, there were still some nice birds to see. Best was a young (Daurian) Isabelline Shrike. It was very mobile - must have just arrived, so my photos are from quite a distance. Not a huge rarity but always fun to find one. 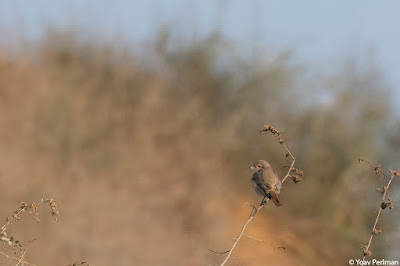 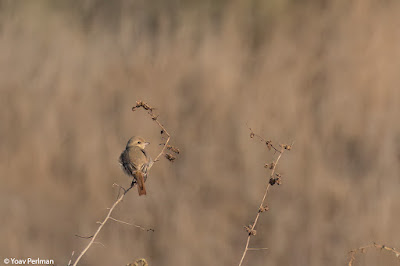 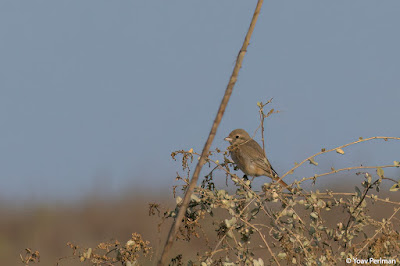 Missed an opportunity for Photo of the Year, with the shrike, Palestine Sunbird and Painted Lady; sadly the shrike turned its head away and the distance was too long: 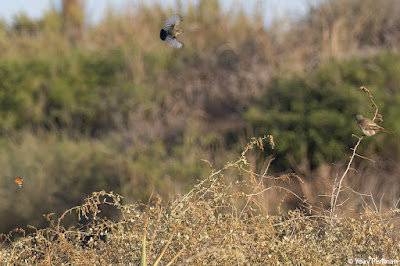 Several Siberian Stonechats were seen among the large numbers of European Stonechats. The males were Caspian; regarding the female - hard to tell in the field. 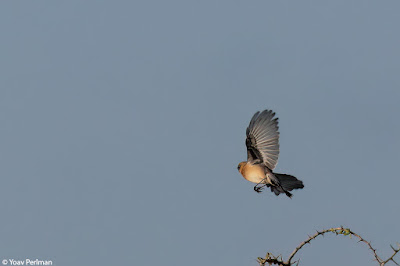 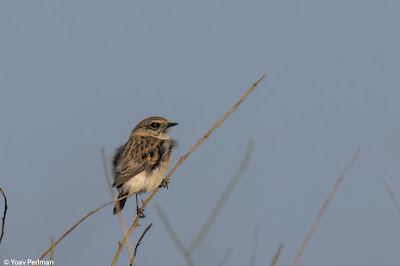 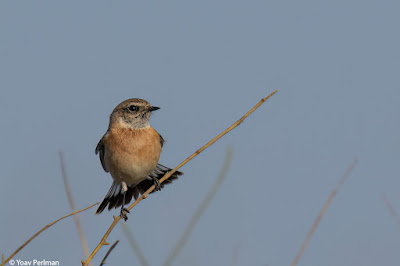 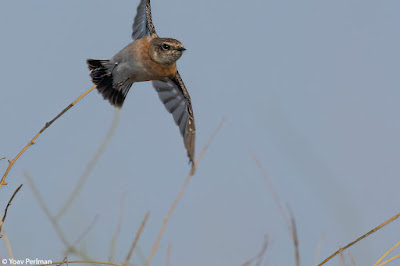 Like everywhere in and around Tel Aviv, there were so many invasive species around, dominating the avifauna there. Also large numbers of crows. This Hooded Crow had caught a young Greek Tortoise. 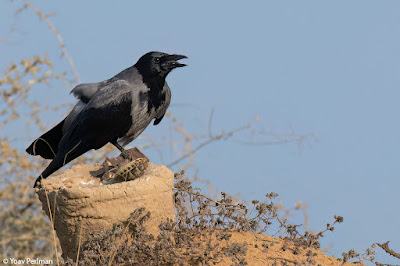