It's Passover in Israel now, and the kids are on holiday, so as their father I have the duty to entertain them. Trying to fullfil this role in my life, last night we went out camping in the forest behind our village. Nice area - mixed forest surrounded by open fields and some remnants of natural scrubby habitat. As we were setting our tents up, we encountered this unwanted neighbour - he had to relocate to a new residence... Not dangerous to humans but very painful bite. 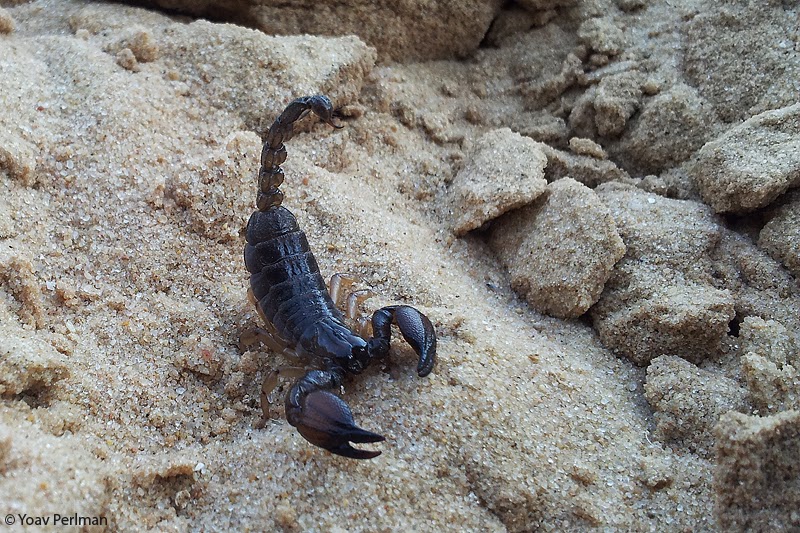 After dark the forest became alive. Jackals howled, foxes barked, and I had good owl activity: one Long-eared was singing for most of the evening nearby, a distant Eagle Owl was calling too, and a Barn Owl flew over several times. Heard some nocturnal migration - mainly Tree Pipits and Ortolans. It was very nice to have good activity of fireflies - not sure which species but the genus here is Lampyris. Rather early - they usually become active in July - August.