After the race was over I worked on the scores until 3 am, so it was tough to make another early start for birding next morning. Took me a few minutes to scratch myself out of bed. If I hadn't set up a meeting with the eBird team to go birding together I'd probably sleep in. But Marshal showed up on time and we went for a nice stroll in Holland Park, birding and discussing different work-related issues. Had an enjoyable morning there - lots of sylvias, Balkan Warblers, Wryneck, Masked Shrikes, some buntings etc. Best bird was a male Subalpine Warbler - it showed really well and I managed to produce the best images I have of this stunner skulker. 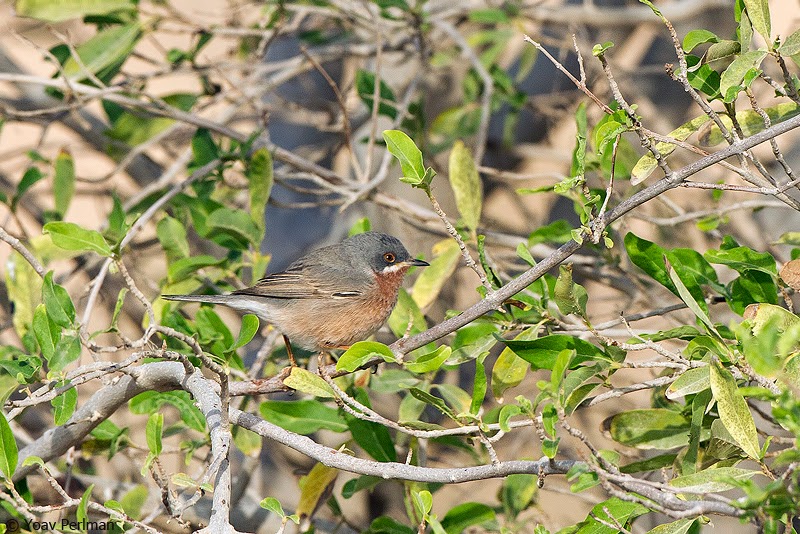 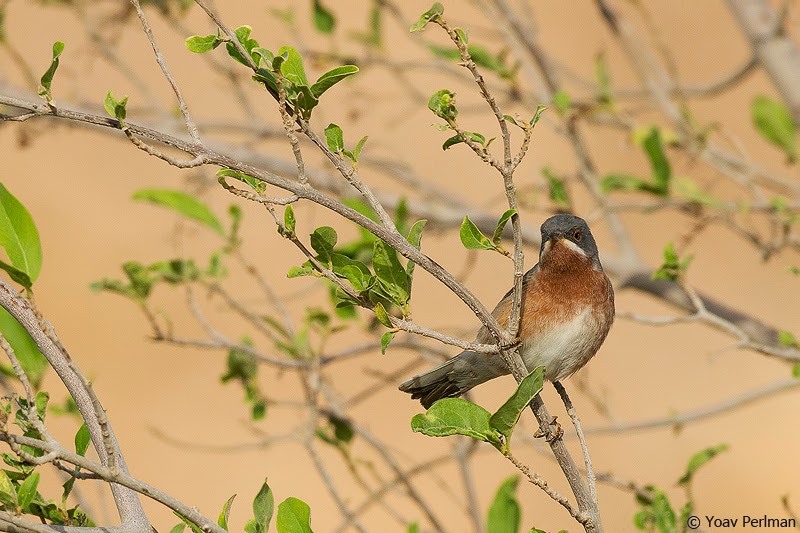 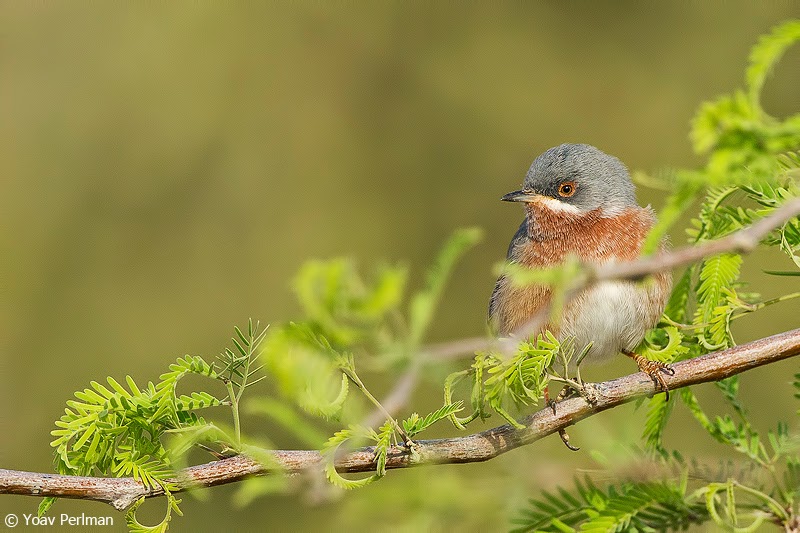 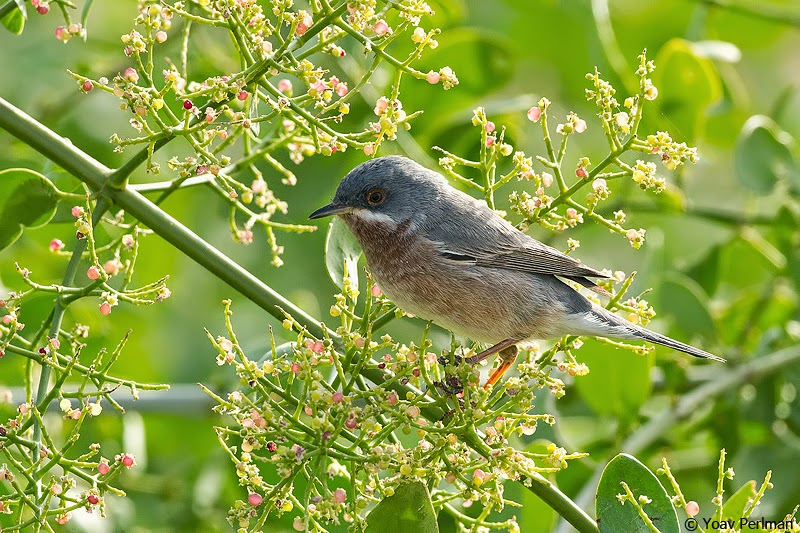 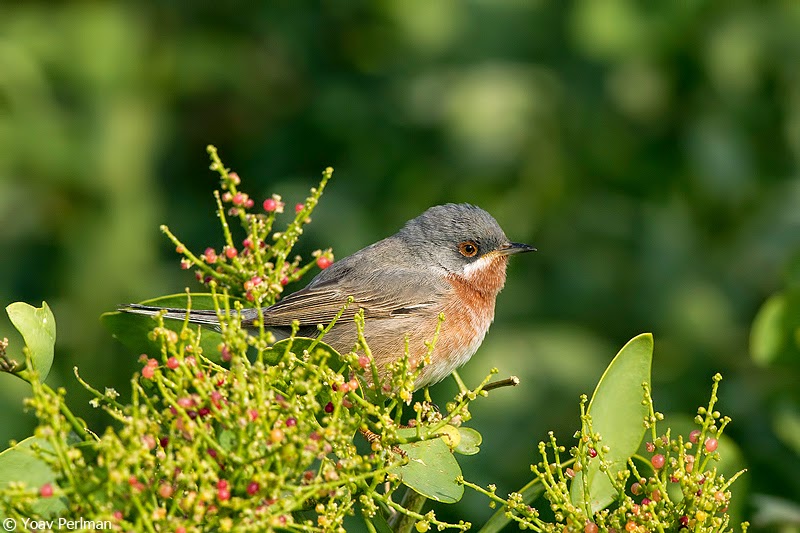 As usual in this season, the Retama Caper (Capparis decidua) bushes had many Rueppell's Warblers in them among other sylvias: 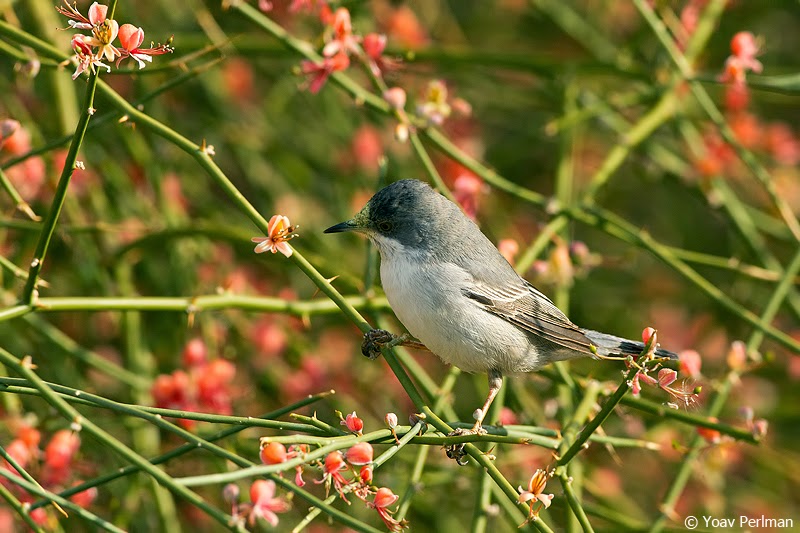 Then we went to the IBRCE for a quick visit. Another subalp was caught there just as we arrived: 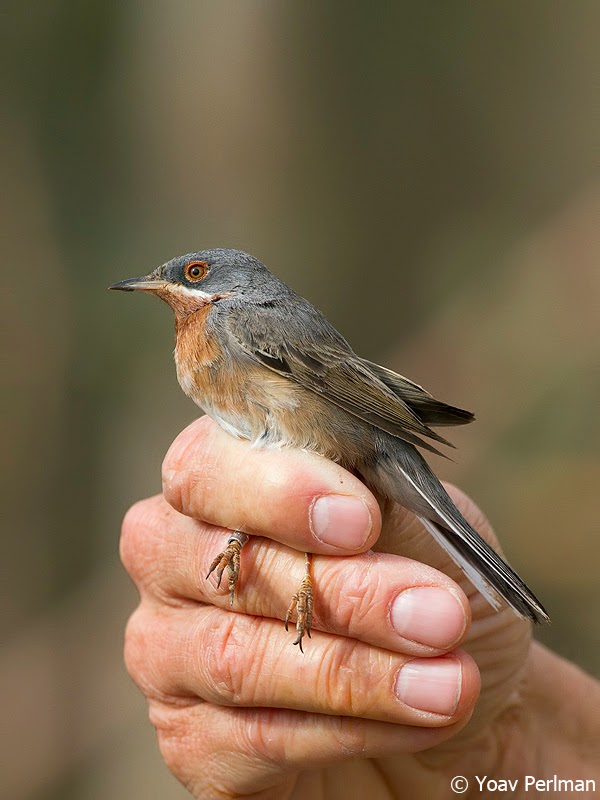 Then off to north beach for a group photo before the award ceremony (thanks Yuval): 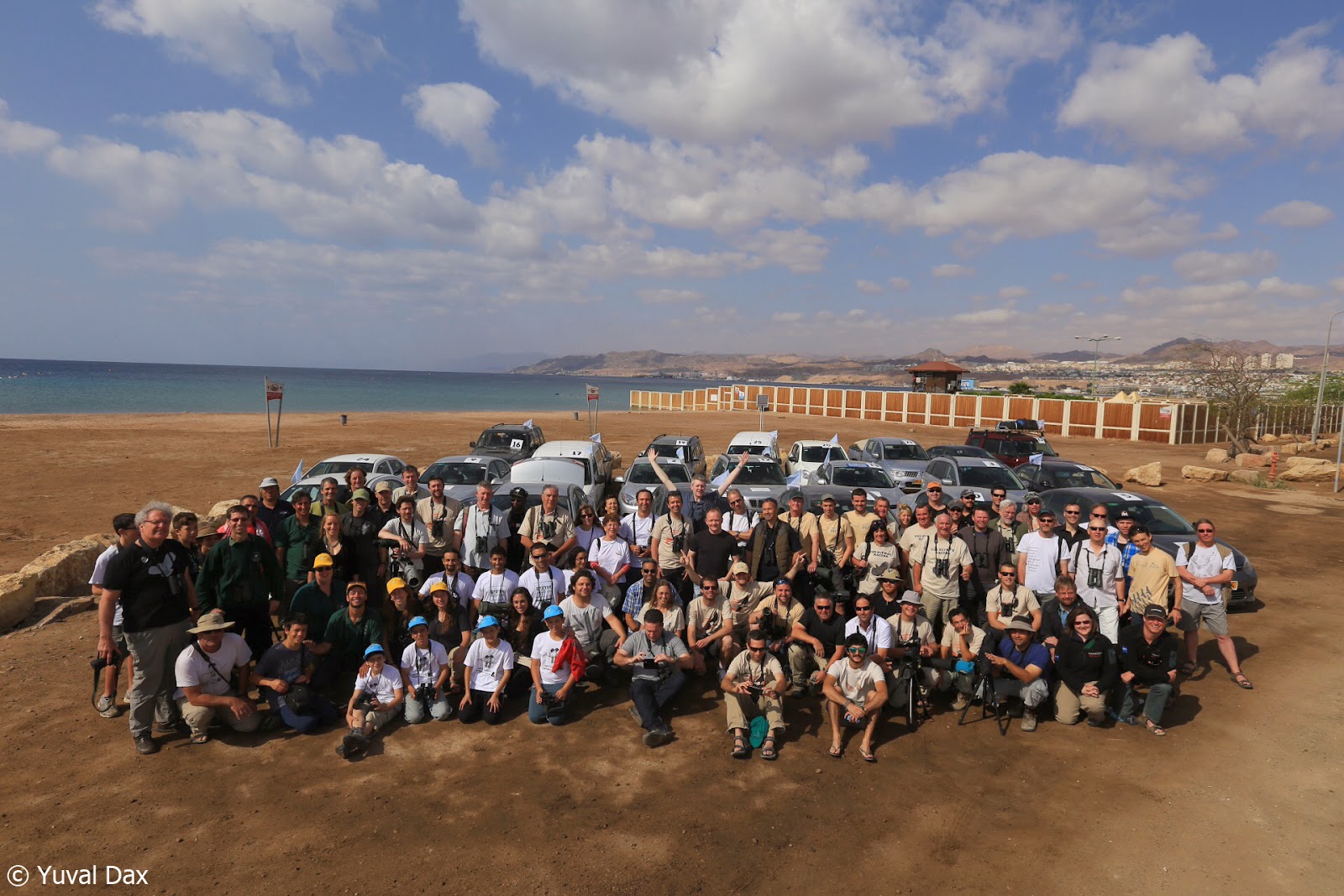 The winners in the Champions of the Flyway 2014 birdrace are Palestinian Sunbirders, led by Noam Weiss, a joint group of Palestinians and Israelis. They scored an incredible 169 species! Noam, apart for being a super birder and great friend, demonstrated his incredible sensitivity and integrity, and decided to hand the award and first place to the next International team, as he felt he had an 'Israeli factor' that helped him win. So the co-winners are Cornell eBird Sapsuckers team, with a whopping 168 species. I was especially impressed by their well-planned strategy. Here's an example: they knew that the Brown Booby off north beach is easier in the morning that in the afternoon. So the first thing they did after starting off at 00:01 was drive to north beach, where they found the booby roosting on a buoy that had a shining light on it - they saw the silhouette and identified it. Original.
The ceremony was very exciting and the atmosphere was incredible. It was a great privilage for me to have shared these days with a group that are among the finest people on this planet - all extremely talented and skilled, and devoted to conservtaion in various ways. I assume that athelets participating in the olympic games have a similar feeling - participating in a great event, something big and unforgettable.Tthe amount of money fundraised for conservation is impressive, and I do hope that this event will become an annual tradition.
Huge respect goes to my friends and colleagues Dan Alon and Jonathan Meyrav for dreaming and creating this event. Thanks to all the other SPNI / IOC staff that helped in organizing the event. And most important, thanks to all the teams, international and Israeli, that made the effort and joined in. Even though their names appear in the Champions website, it is important for me to name them explicitely - they are all dear friends and it was so good to meet and spend time together:
Dale Forbes, Jim Lawrence, Martin Fowley, Stu Butchart, Roger Riddington, Adam Hutt, Paul French, Ken Billington, Gert Ottens, Marc Guyt, Martijn Verdoes, Sa'ed A-Shomal, Jessi Schaekermann, Tim Appelton, David Lindo, Stephen Moss, Marshal Iliff, Chris Wood, Jessy Barry, Colin, Stephen & Pat Shields, Stu Elsom, Dominic Mitchell, Mike Alibone, Ian Lycett, Morten Bentzon Hansen, Bill Thompson III, Michael O'Brien, George Armistead, Ben Lizdas, Johannes Jansen, Brecht Verhelst, Pim Wolf, Alexander Rukhaia, Roni Vaesanen, Matt Slaymaker, Teresa Montras Janer, Dick Newel, Rob Jollife, Jan & Tom Nordbland, and Erkki Valsta. I especially missed Martin Garner who couldn't make it - next year!
פורסם על ידי Yoav Perlman ב- 9:17 PM