Had a very long and pretty crazy day of birding yesterday. Left home at 02:00. Picked Meidad up at Sde Boker and together we headed south towards one of the remotest parts of Israel, in the southern Negev close to the Egyptian border. In this area there are some very good flat vegetated plains and wadis that are important for ground-breeding birds. In spring 2011 we surveyed the area with Shachar Alterman and NPA, and it was quite awesome there. In March this year, this same area experienced some exceptional rainfall, and as a result a productive 'green' patch evolved, that immediately attracted lots of fast-breeding birds. A couple of weeks ago Shachar was there again and had very good early breeding activity. Yesterday we returned there to try and find breeding evidence for some rare species.
Driving down the weather became worse and worse. Gale-force winds plus sandy desert means dust storms - at some points visibility was zero and I had to pull over. We almost u-turned and headed back home becuase in this wind birding is pointless, but we had driven so far already and made such an effort, so we decided to give it a go anyway. After a long hour of tough off-road driving we arrived on site right on time, at first light. Immediately we started hearing lark song up in the sky - first Greater Short-toed and Temminck's Larks, then more species joined in.

We started working the five km-long wadi and flanking plains - luckily the wind dropped and birding conditions became rather pleasent. But it was tough for photography - very dark clouds. I am not used to shoot in such high iso in Israel...
Most impressive were Temminck's Lark - we had 13 singing males along this wadi - very good density of this scarce lark. In addition I had two feeding females - breeding confirmed... 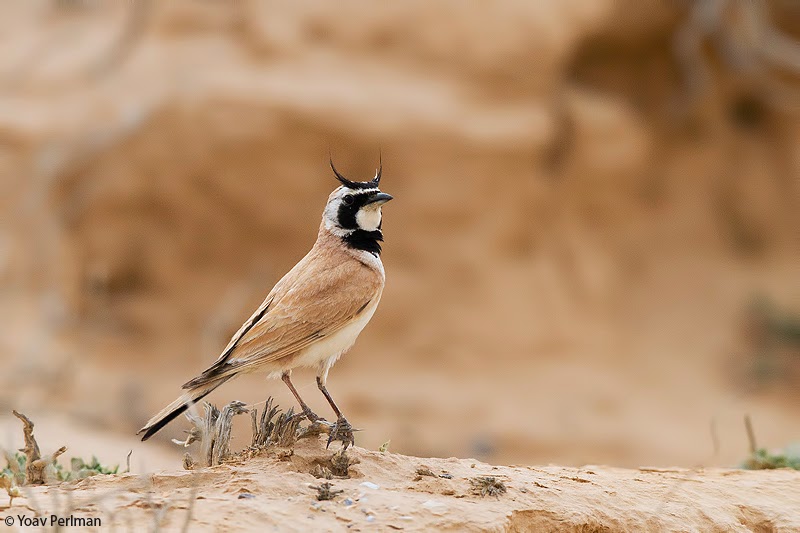 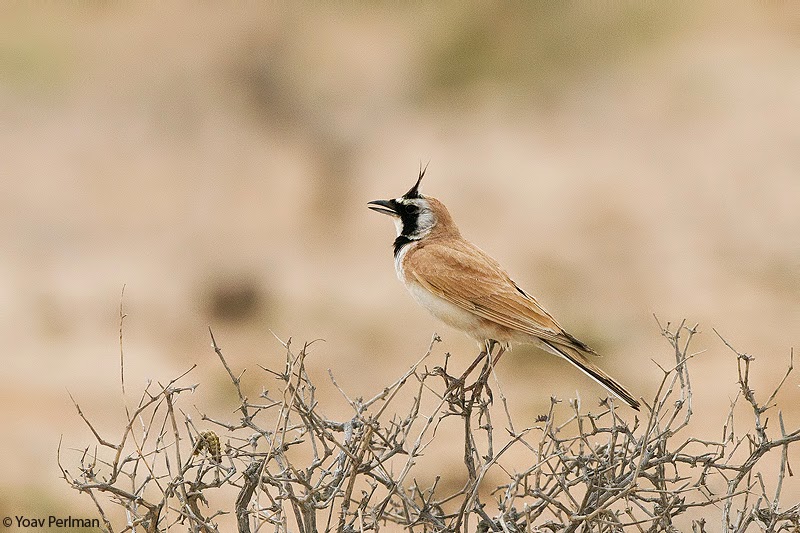 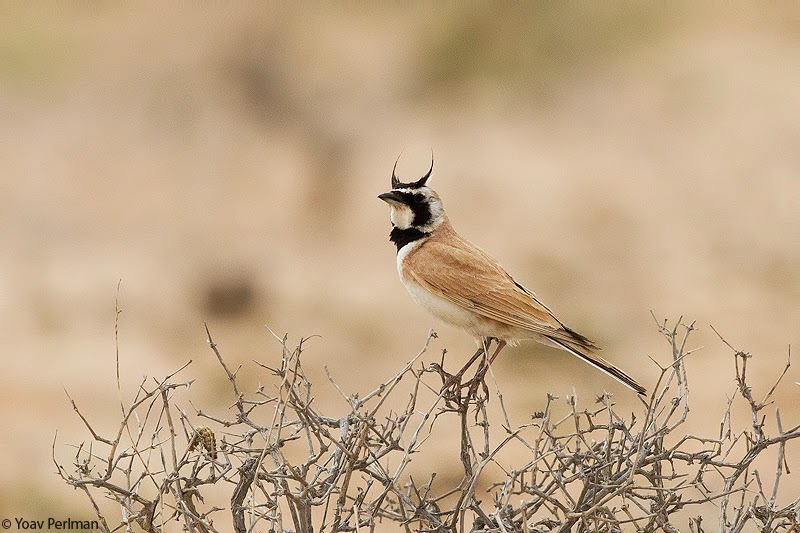 Bar-tailed Larks were present in good numbers - we had about 13-15 singing males, and again several feeding birds. No proper photos this time but I managed to get a reasonable sound-recording. It's the first Middle-Eastern sound recording uploaded to Xeno Canto as far as I know - very different from N African birds. 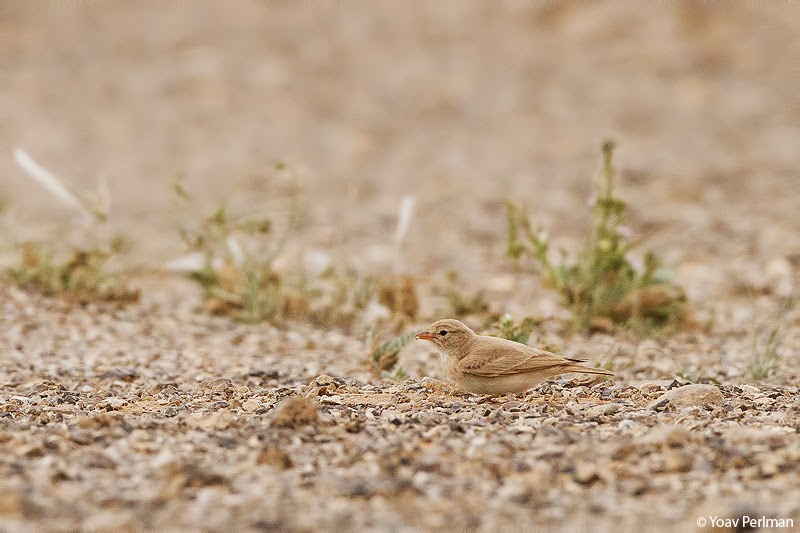 Other larks we had were several families of Crested Larks, and few singing male Greater and Lesser Short-toed Larks, but we couldn't find any further breeding indications of those. We couldn't relocate the Hoopoe Larks Shachar had here a couple of weeks ago, but by the time we got to the area where he had them, the weather deteriorated again, so they might still be there.
Another good find was a breeding female MacQueen's Bustard - she was walking and hiding in the way they do when they have young chicks with them. We left her alone not to disturb her too much but I am confiden she had chicks with her. In  addition we had another small group of seven males. They were either non-breeding or post-breeding males; in this time of year they are often seen in small groups. This group might have walked accross the border from Sinai - sadly they were very shy and jumpy, despite being safe in the only country on this planet where they aren't hunted to extinction.
The stronghold of MacQueen's Bustards in Israel is in the Nizzana region, with about 30-40 breeding pairs there. In the rest of the Negev they are present in very lower densities, so this concentration of eight birds at one site was quite impressive. 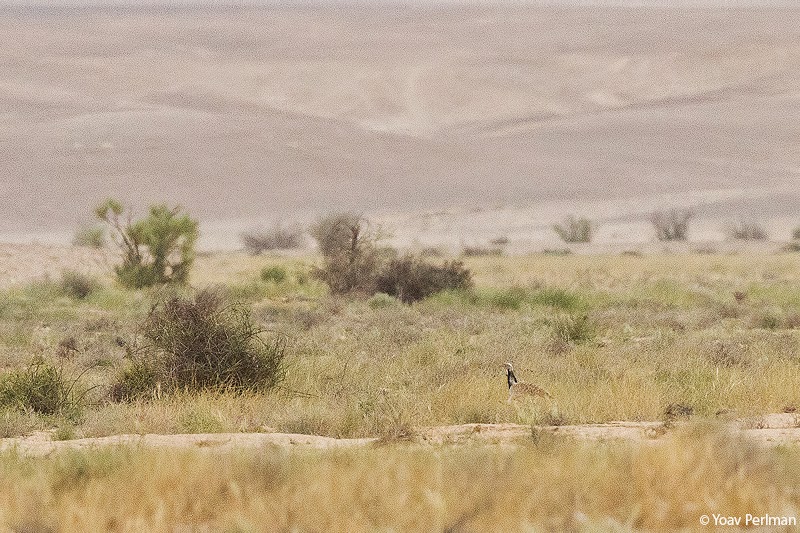 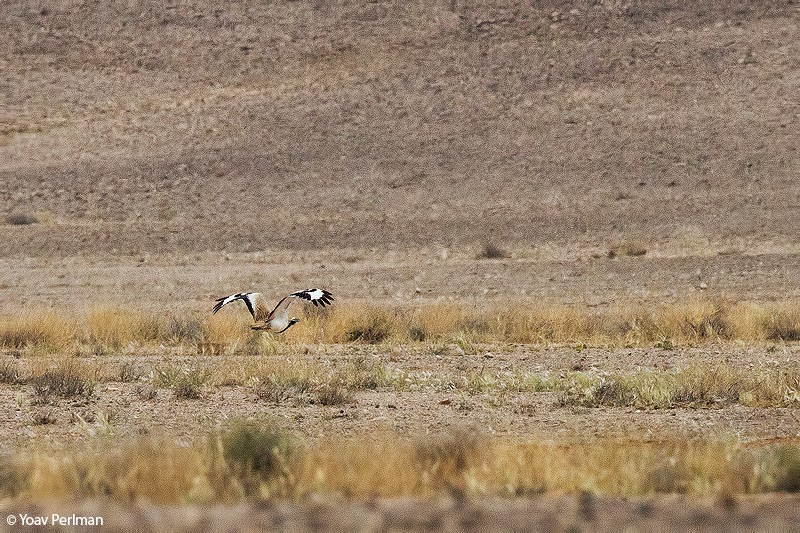 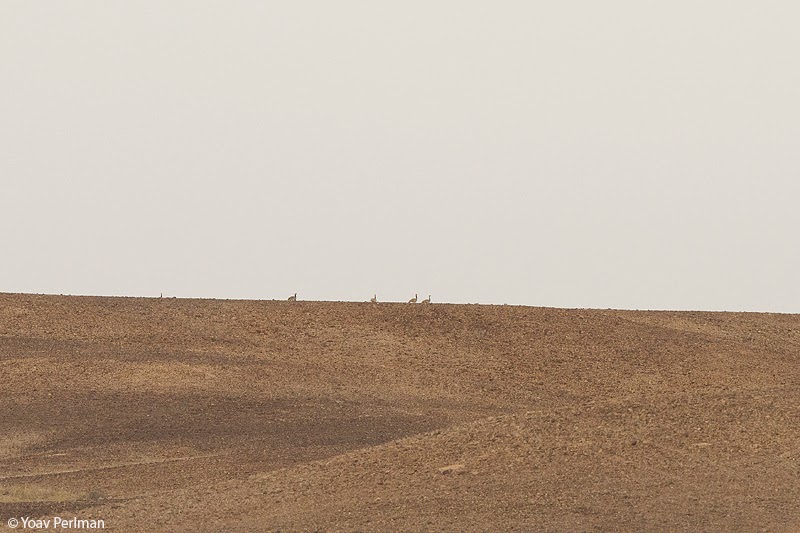 Other good local birds we had were several Cream-coloured Coursers, and some flyover Spotted Sandgrouse.
There were quite many migrants around - mainly pipits and wagtails, but in the few bushes there were some common warblers and shrikes of three species - Masked, woodchat and Red-backed. 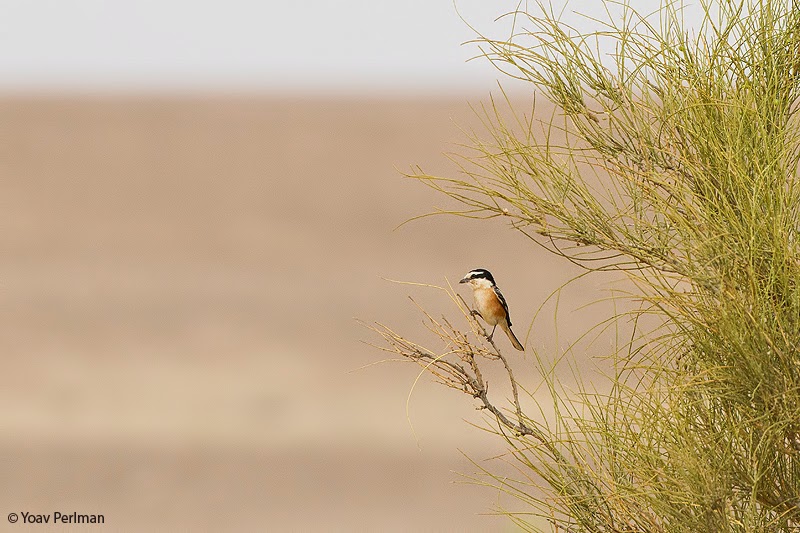 Probably because of the crazy winds there was virtually no raptor migration. We had quite many Lesser Kestrels feeding along the wadi, and this smart 2cy male Montagus Harrier cruising low: 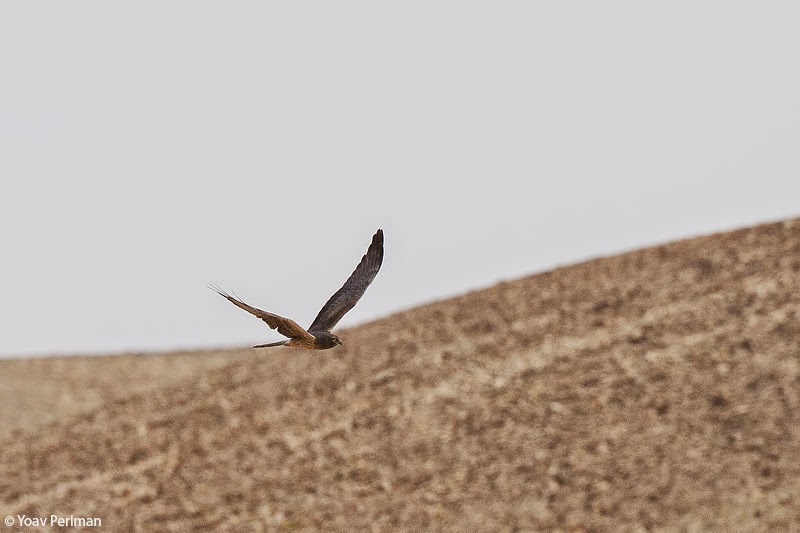 Not too many other animals - a few Dorcas Gazelles and one impressive Spiny-tailed Lizard that jumped back into his den before I got my camera on him. 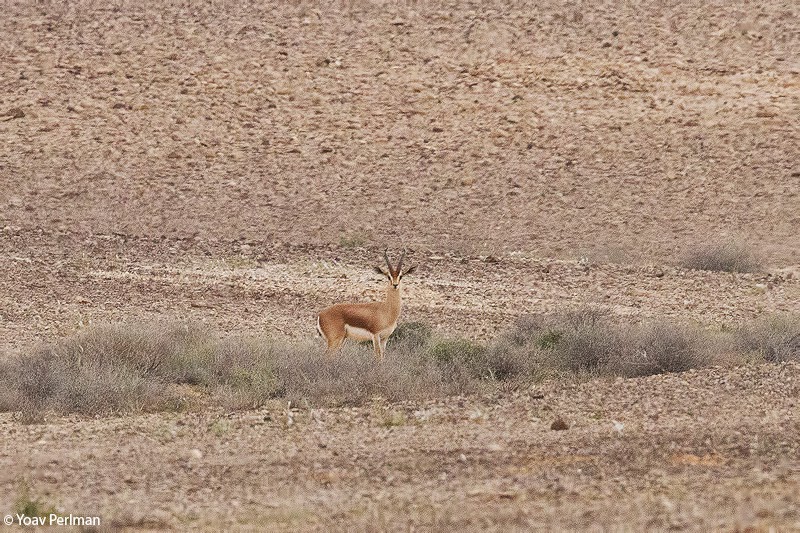 Thanks to the cloud cover the temperatures remained reasonably pleasent the whole morning, but before we left the storm resumed, wind built up again, and an impressive thuder storm hit us - so we escaped back into the car, and back home.

Thanks Meidad for the great company! 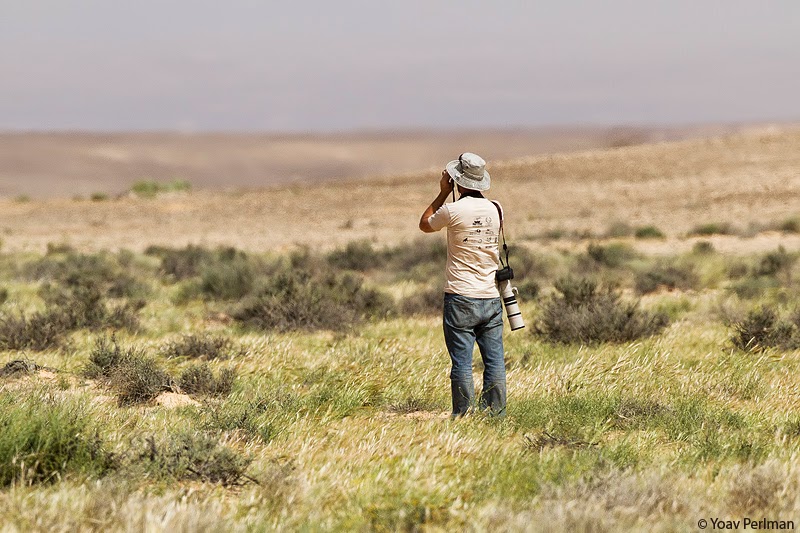