Champions of the Flyway - my Big Day!

So yesterday during the race I spent the whole day out with the teams. Left very early and arrived at Uvda Valley early enough to enjoy dawn chorus of the rarer breeding larks - I had both Bar-tailed and Temminck's singing from the hills above the valley. Later on the theme of quality local birds continued with both Spotted and Crowned Sandgrouse flying around and feeding on the plains. But most impressive was the number and variety of migrants - on the plains plenty of wagtails, pipits, wheatears and larks (one Lesser Short-toed among the many greaters). The few bushes were exploding with warblers, Ortolans, Tree Pipits, Redstart, Nightingale etc. During the first couple of hours of daylight I must have had over 50 species there. 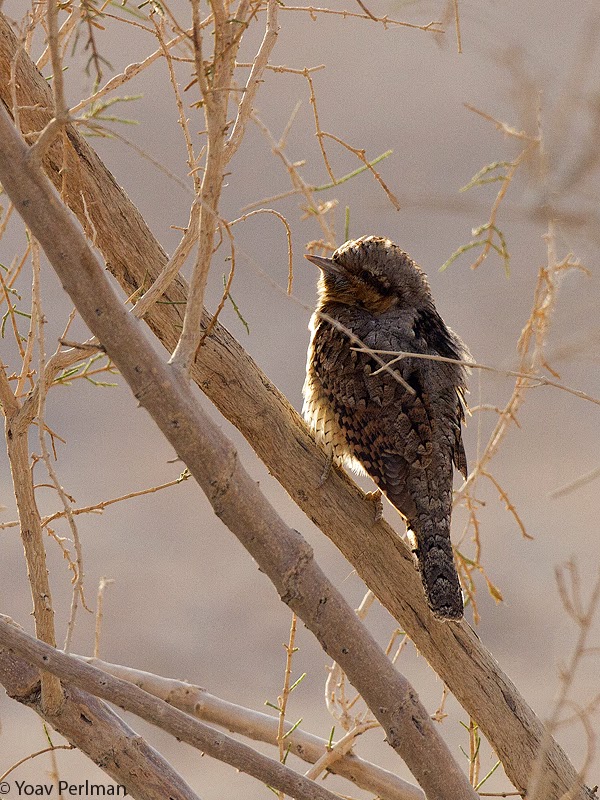 This Yellow Wagtail looked like a standard thunbergi-type until it flew and called like an eastern birds - scary stuff... 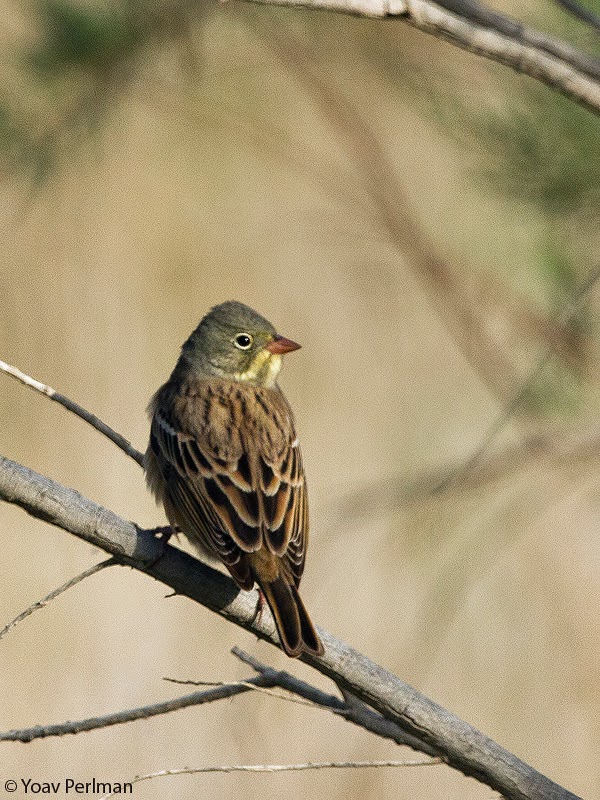 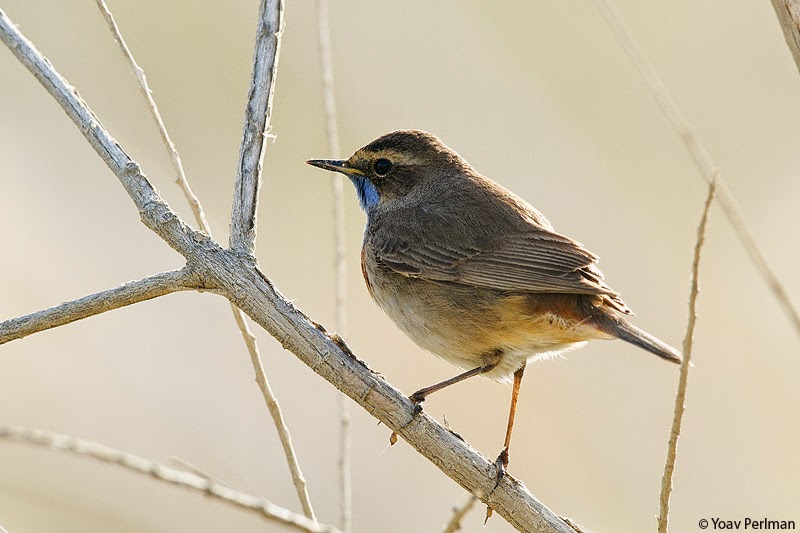 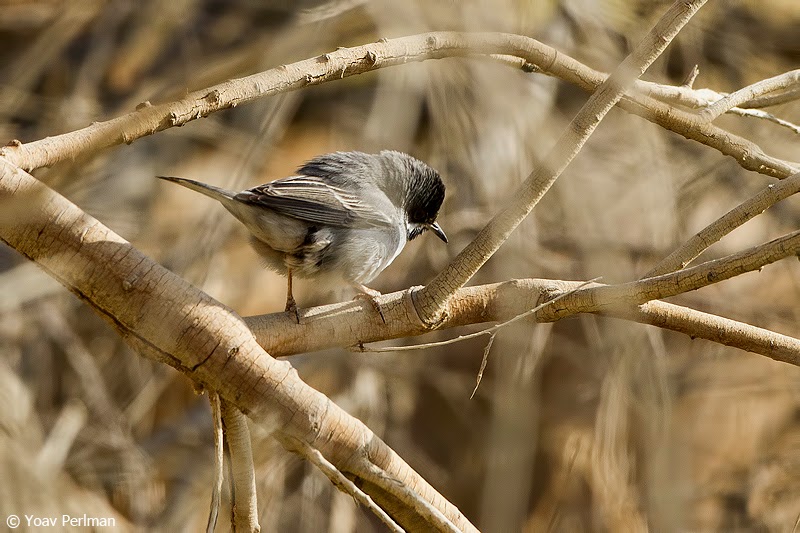 It was very good to see lots of harriers - pre-ordered by the Batumi team. Saw at Uvda valley Hen, Pallid and Marsh, and later on at Yotvata also Monty's - great day. 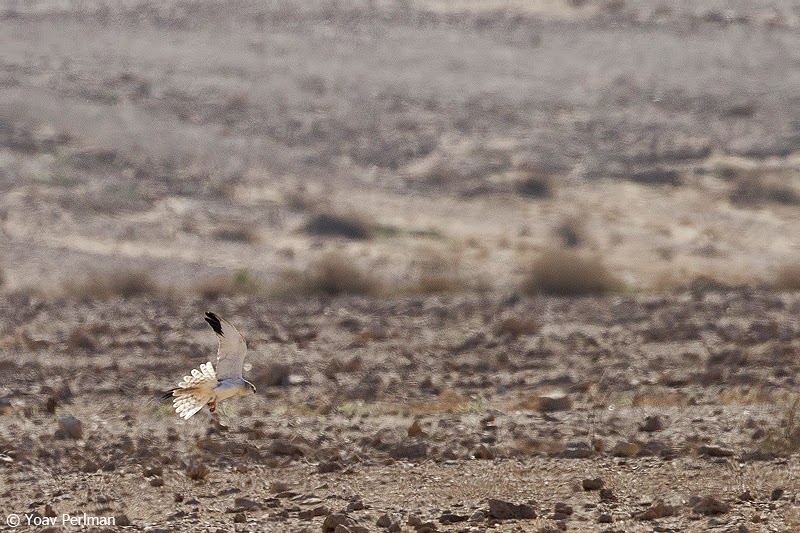 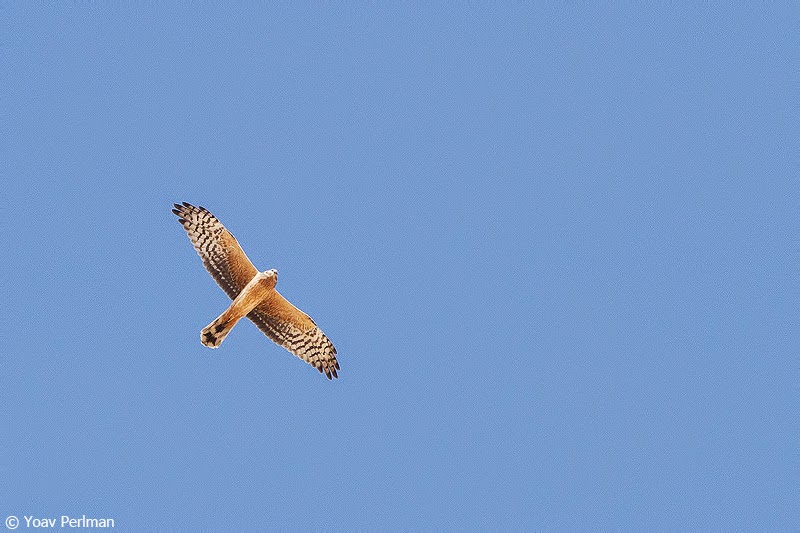 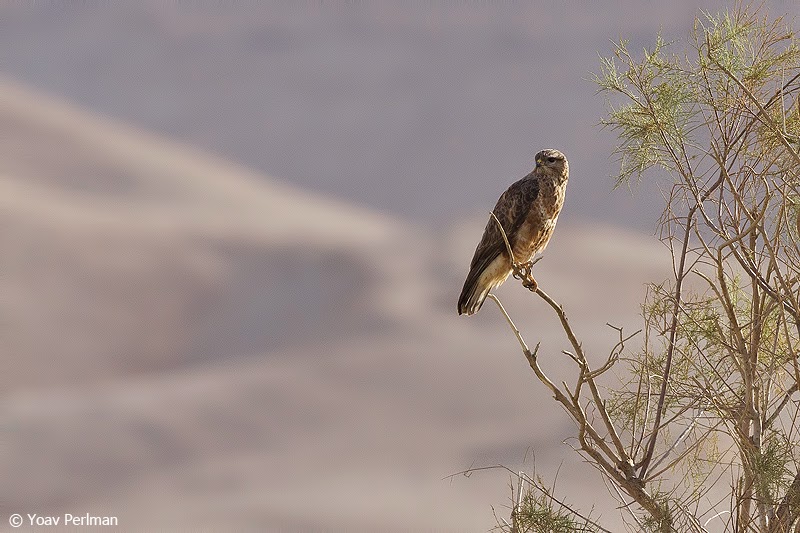 Very good to meet some of the teams - they were all progressing very well and I was happy to share my info with them.

What was that call? 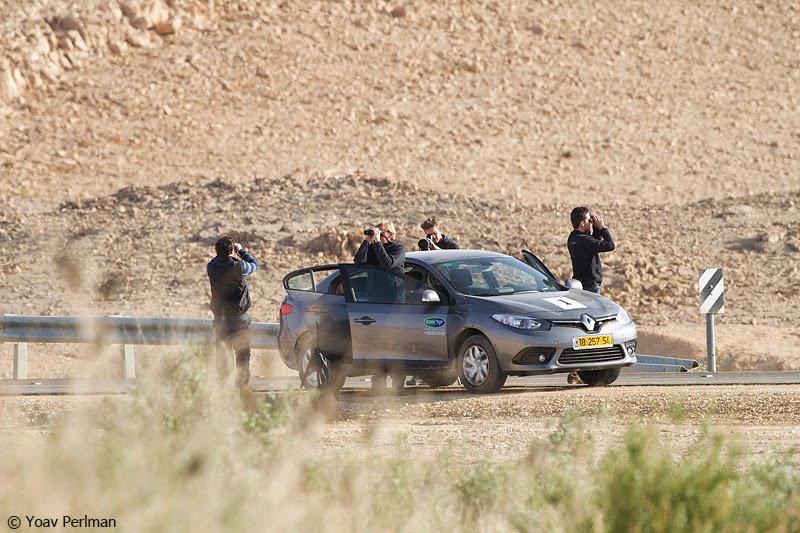 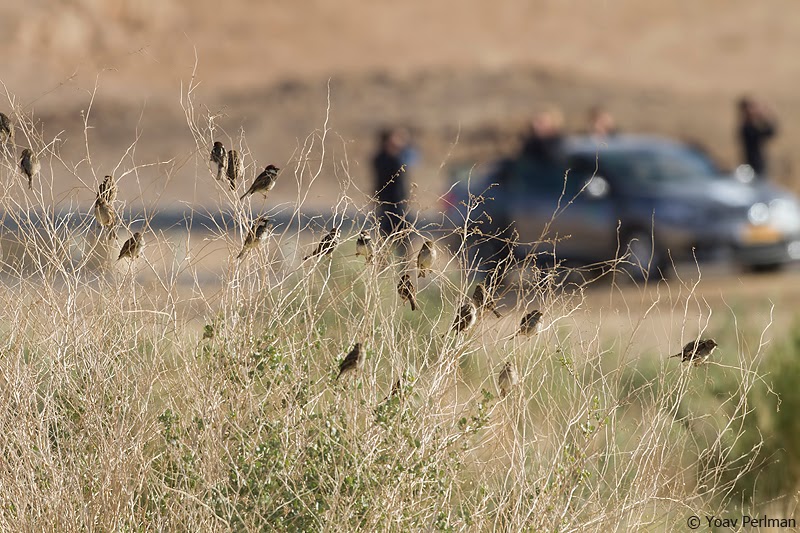 The previous night I missed dinner and went to sleep hungry (!) so I was starved by the time I left Uvda and returned towards Eilat. Decided to quickly check the small pumping station near Shizafon junction - Striolated Buntings were seen there in winter coming in to drink. And sure enough, as I drove in, I flushed a male Striolated Bunting!
Then I continued down into the valley. There was massive raptor take-off that evolved into a huge passage. Decided to spend some time scanning through the thousands of Steppe Buzzards for other species. Stopped at Ketura sewage that was full of migrants as well, and enjoyed both wetland species and overhead raptor migration. Had a good selection including Levant Sparrowhawk, Egyptian Vulture, Lesser Spotted and Steppe Eagles.
After breakfast headed over to the ditch behind KM 19 cowsheds. Best bird of the day for me was a Great Snipe I found on the deck too late - had too brief views on the deck before it took off and flew just infront of my car window into the sewage pond, never to be seen again. Also in the canal Little Crake, several Citrine Wags and some Dead sea Sparrows.
Then I moved on to KM20 saltpans. Again some teams were working there in the heat, and I joined them for a while. Lots of new birds had come in, including about 25 Collared Pratincoles. gotta love them! 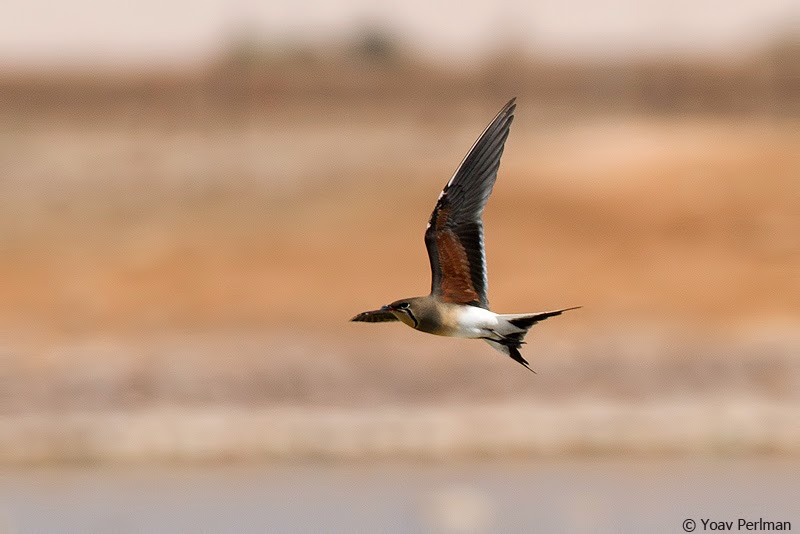 At first look this pale yellowag resembles beema - rather pallid with prominent white patch on ear coverts and bright green mantle. It also gave an eastern taxa call. I would expect a broader supercilium though. 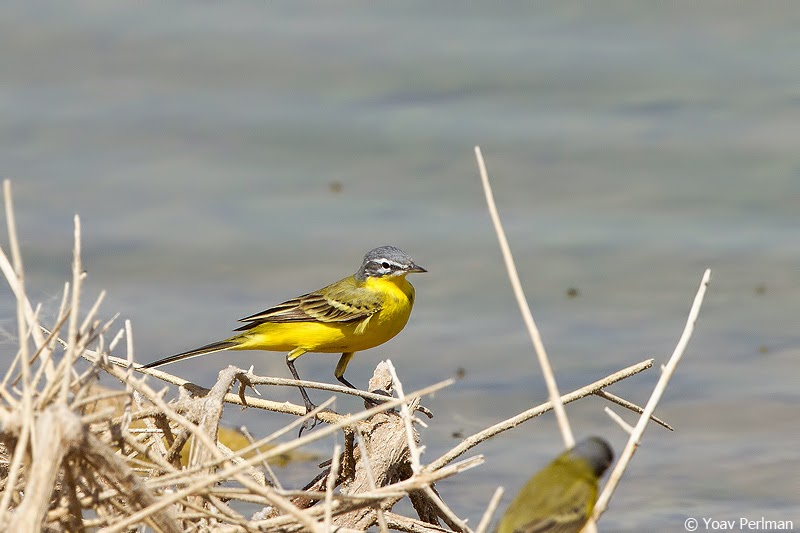 Woodchat Shrike besides the saltpans 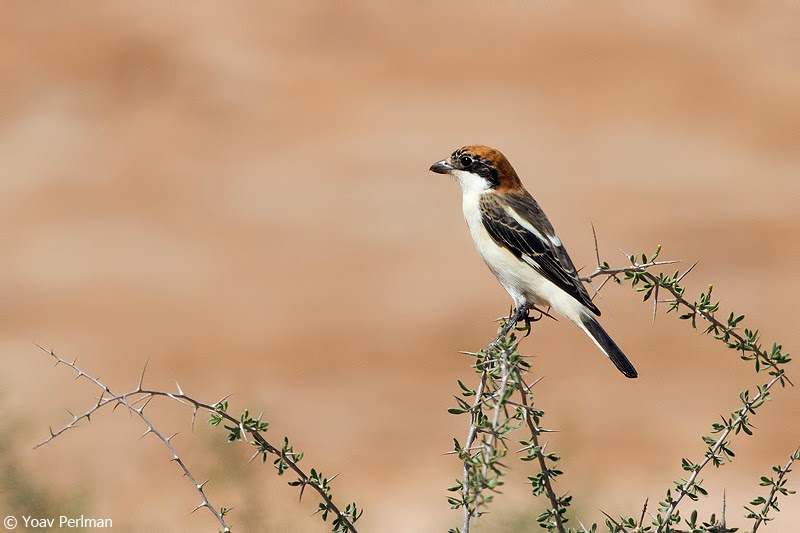 Checked some desert habitats north of the saltpans that produced little during the hot hours. Just before returning to the main road I encountered this lovely family of Dorcas Gazelles. And then I found this showy Cream-coloured Courser: 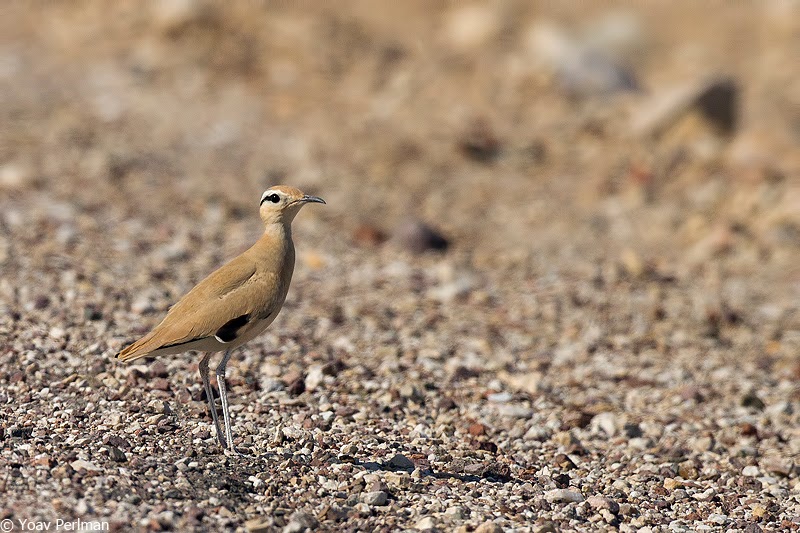 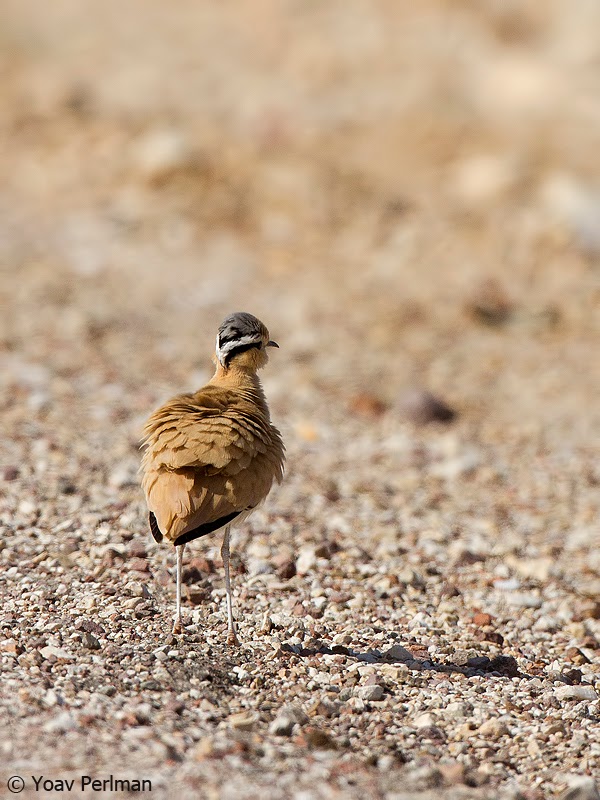 In the early afternoon headed up to Yotvata to try and connect with the Oriental Skylarks there. Still in the southern circular field, also more pratincoles and such.
Then the mandatory afternoon visit to north beach, that had nothing special but pretty birdy. Some gulls to keep the enthusiasts enthusiased. 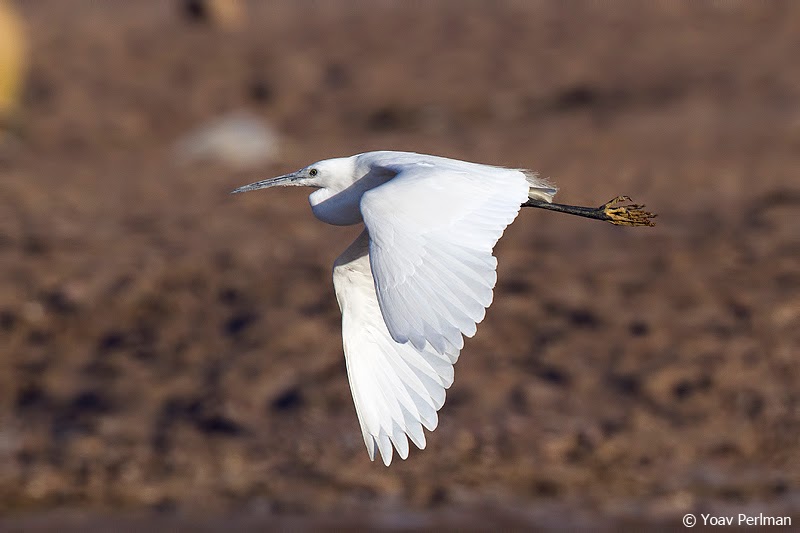 Just for fun I counted my daily list - I did 145 species (!) - very satisfying. All of this without checking some key sites, and tweeting out nonstop all the news from the teams. I believe that a proper good day here could smash the WP record of 202.
Tomorrow -  the winners!
פורסם על ידי Yoav Perlman ב- 9:48 PM