Wow, today was cold. But a very good day at Thetford. Left my room early, it was -8°C. Walked down the river and enjoyed common winter birds - tits nuthatches etc. Eventually reached the small stream that the Black-bellied Dipper has been using recently. It was really obliging and showed very well. Such a special and entertaining bird. A rather large crowd assembled there - I was surprised how much attention this bird was still drawing after such a long stay. It was feeding very well on larvae of some water fly, and it was singing a bit, so it must be a male. I know nothing about moult and ageing of dippers, but I think I can see a moult contrast in the tertials, and the alula looks very worn, so perhaps this is a 2cy? Light conditions were awful and I had to shoot in ISO levels too high for my noisy 7D. 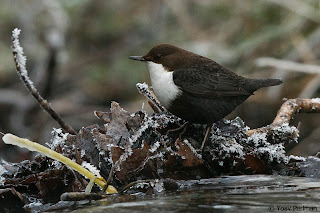 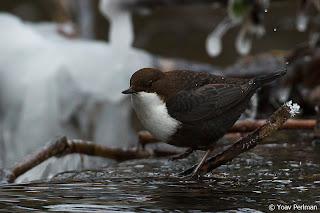 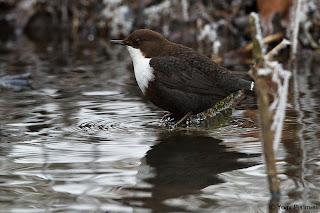 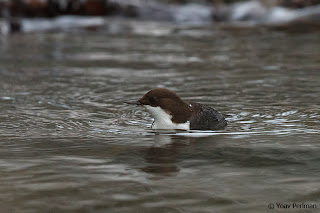 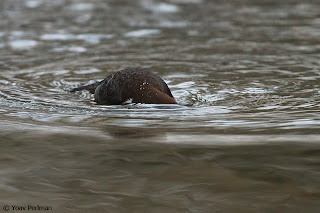 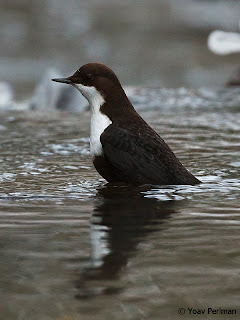 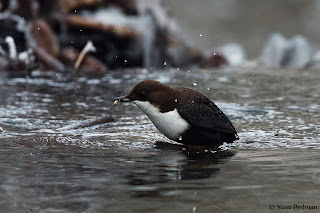 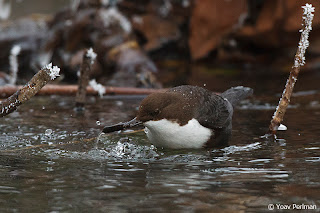 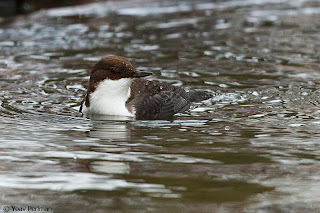 I know this is childish but I really enjoy common European birds such as Long-tailed Tit: 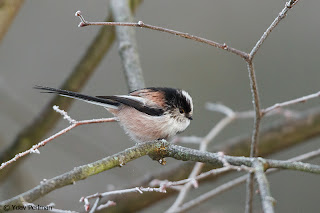 Before my BTO meeting marathon began, I had a quick look at the Nunnery Reserve which had lots of finches, buntings and thrushes. Some intermedius and graelsii on the lake. Then at BTO I had a very productive afternoon. Gave a presentation to BTO staff and then had some meetings. Thanks so much to the BTO guys - Andy, Andy, Nick, Mike, Viola, Dawn and all the rest- you're great!
פורסם על ידי Yoav Perlman ב- 10:18 PM