Birding in the snow

The storm that hit Israel over the last week has finally ended. This was a major event, with phenomenal amounts of rain over much of Israel, severe floods, heavy snow on the mountain peaks, and good rain in the desert - which gives hope for a good spring in the desert.
In my region the storm didn't cause much damage until yesterday, when an electricity pylon collapsed in my village, and caused a power cut for six very cold hours in the evening.
Yesterday morning I went up with Eli to Mt. Amasa, which is the southern tip of the central mountain ridge of Israel. This is a very special place for birding, with a mix of desert species and mediterranean species. I am sure that yesterday the Desert Larks there didn't understand what the feck they were doing in Antarctica. Anyway, when we got there heavy for was covering the mountain and we were unable to see anything. So we went lower down the slopes, where there was less snow but visibility was better. Didn't see much but there were some Finsch's Wheatears and Long-billed Pipits looking very wet and cold. I need to practice snow photography. But to get a B&W bird properly exposed in such conditions seems almost impossible. 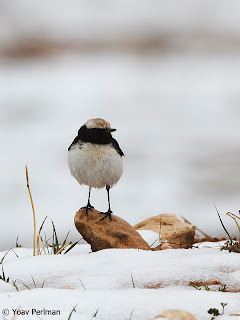 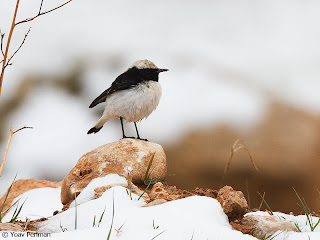 One Golden Jackal was running around - too cold in the den? 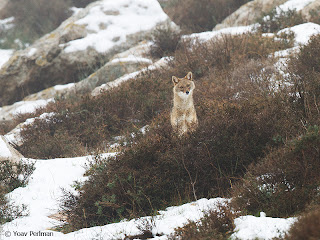 Bamba and Eli were very happy playing around in the snow: 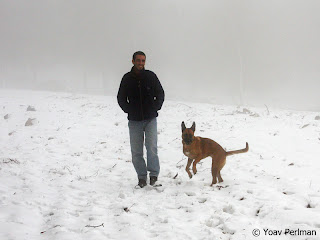 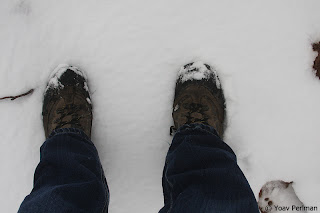 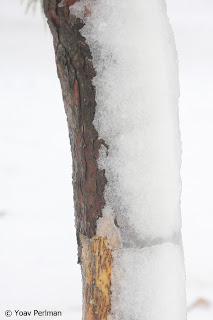 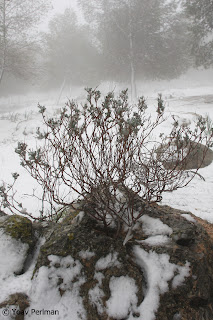