Repeated the raptor census transect in the NW Negev today. Good weather and much less mud. Didn't get bogged today! Had a good day with lots of good raptors, especially falcons. I had three young Sakers, which brings the total for this winter to four at the NW Negev- an adult has been seen recently. Also had four Peregrines and two Merlins. 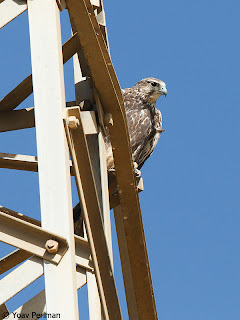 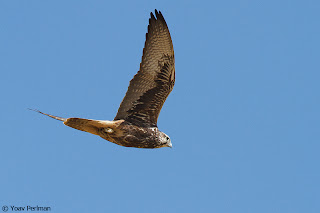 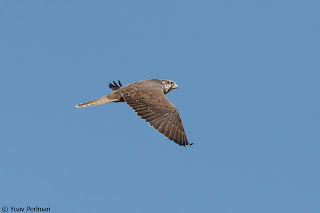 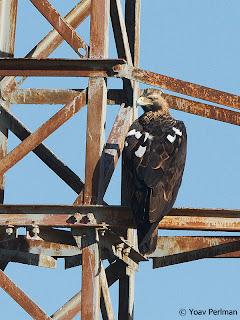 Fewer buzzards today compared to December. So difficult to photography anything not perched on a pylon. 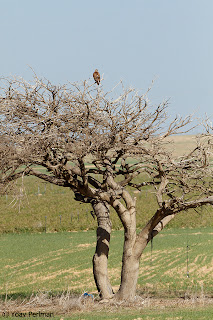 Didn't really count kites - I estimated something like 15000 today, and I wasn't even close to their core of activity (Dudaim dump). Other raptors I had were two Booted Eagles, and some harriers.

One or two Black Kites

Not too much other than raptors. A flock of fourty Dotterels was nice. Couldn't find the sociables anywhere near my transect. About 50 Swifts on the move north (spring already!). 40 Stock Doves at the same place like last time. 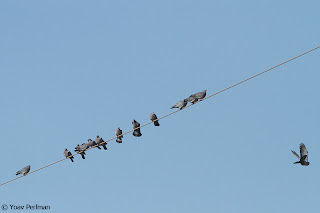