This morning I did my first atlas box of the season, east of Ezuz. Generally the habitat looks much less attractive compared to last year, as it hardly rained in this region. Last year we had Masia-Mara like savannas; this year hardly any germination at all. Passerines were very few, both migrants and breeding species, but the 'large' stuff was present in good numbers - 4 MacQueen's Bustards (incl. two dancing males), CCC's, four Sandgrouse species with very good numbers of pintails. Spectacled Warblers were present in much smaller numbers compared to last year, but those present were very busy with breeding: 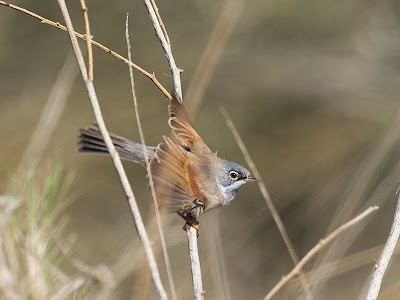 I was joined today by Re'a: 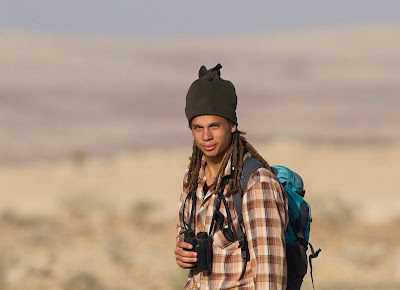 I have a new dog, named Bamba. Today was her first full day with me in the field, and she behaved perfectly: 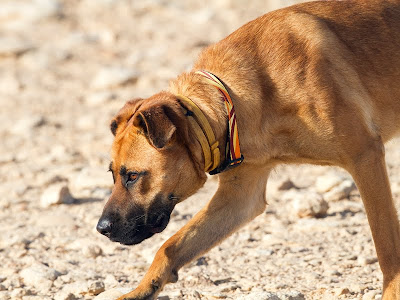