Had a pretty good day today, long and busy. The festival is gaining speed and our groups are seeing excellent birds. I Took the morning tour first to the IBRCE. We had a good selection of migrant passerines, and one Indian Silverbill.
Balkan Warbler 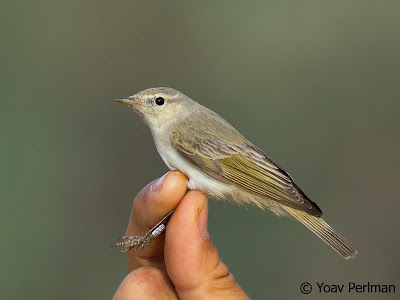 Later on we went up to the Eilat mountains to watch some raptor migration. Take-off was pretty good with a few thousands of Steppe Buzzard mixed with Steppe Eagles, Black kites and a few other species. A short visit to Holland Park was hot and rather quiet but we had good views of one Rueppel's Warbler. Our last stop for the morning was at Ophira Park that produced some quality stuff such as this Wryneck feeding on ants: 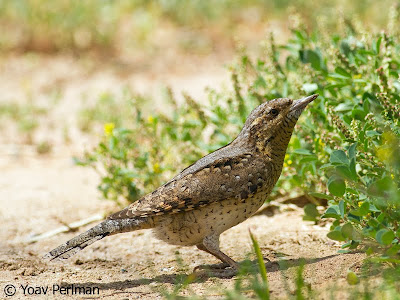 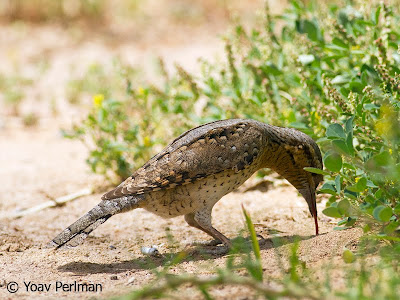 While I was driving through the city I had a Corncrake on the main roundabout of the city - cool!
Afternoon at the North Beach was quite good, lots of gulls and ducks flying around. One Oystercatcher was a good bird for us Israelis. I spent some time photographing this obliging Western Reef Egret fishing in the canal - fantastic bird: 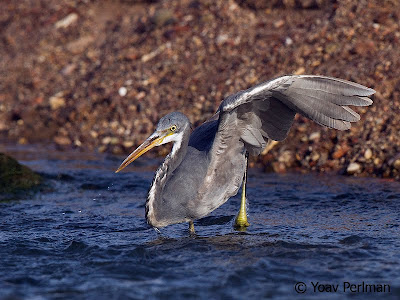 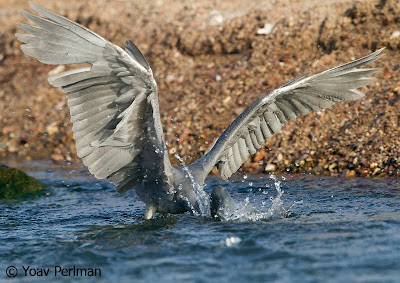 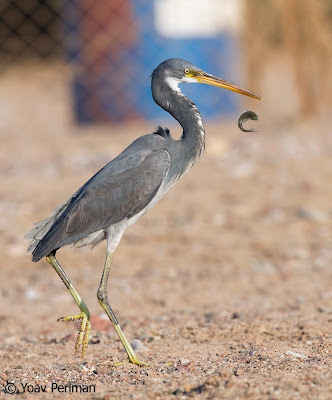