Finally the intensity and action of the last week are showing on me, and I had difficulties getting myself out of bed this morning after the late night I had yesterday. Eventually I started off at north beach, where I met up with Barak. As there were no birds about, we started talking and got very sentimental about all the great birds we had seen there, and how quiet it actually is this week. But that's birding - being masochistic, torturing yourself about birds that will never show again. The few birds we had included a Gull-billed Tern, one Siberian Gull and a distant skua sp. We spent the rest of the morning birding the traditional Eilat sites. At first it was very quiet but slowly things began to warm up. Weather was very weird - cold and cloudy and completely still. Windless Eilat? What? Photography in such faint light was challenging, but I enjoyed this soft light and had some good practice. Anyway, the first decent bird of the day was a nice adult Broad-billed Sandpiper I found south of the IBRCE, an early bird. It's moulting out of winter plumage, that's why it's still so pallid. 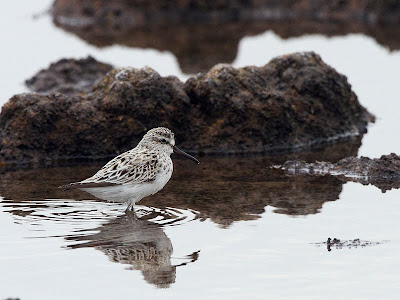 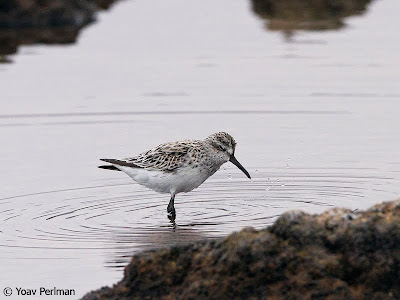 We then drove on towards KM19 sewage farm and cowsheds. We tried to relocate the putative Rufous Turtle Dove that had been reported there earlier this week. We were somewhat disappointed because we soon found it and confirmed its' ID as a worn Eurasian Turtle Dove. Anyway, we started birding in the area and it was actually very enjoyable, with lots of common migrants - especially hirundines and wagtails, but good numbers of wheatears, shrikes, warblers etc as well. 100 Dead Sea Sparrows were very nice. I paid a quick visit to the crakes at the sewage farm, for the first time this week without a group. I sat there for five minutes and this gorgeous male was as confiding as always:
Little Crake 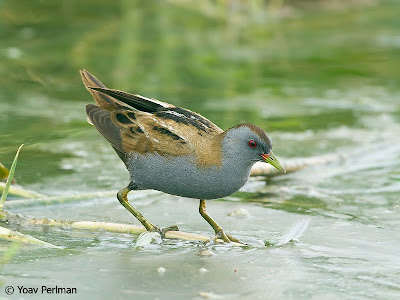 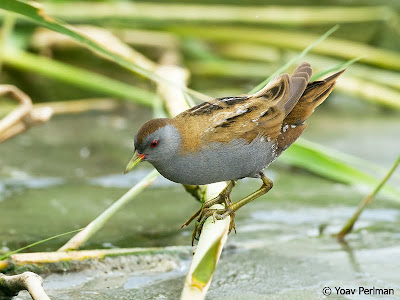 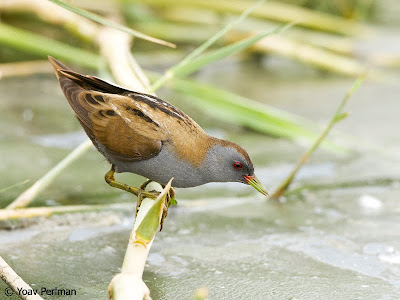 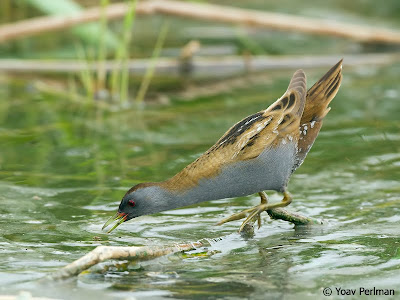 At KM20 saltpans there was a clear feeling of fresh arrivals. Nothing too exciting but nice birding again.
Greater Flamingo 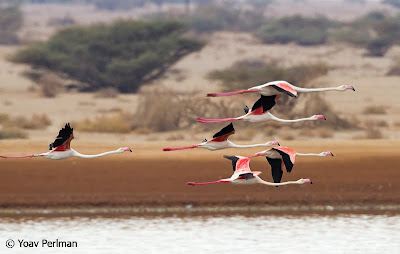 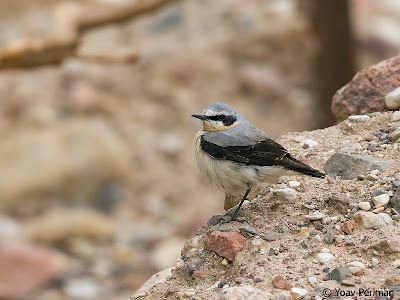 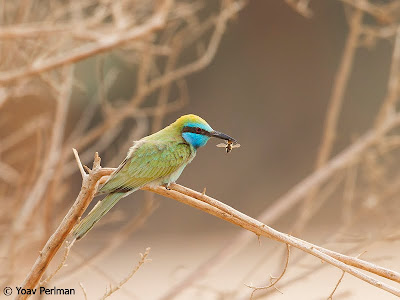 Raptor migration was very impressive today with peak numbers going high overhead. On the way out we had this 2cy Greater Spotted Eagle: 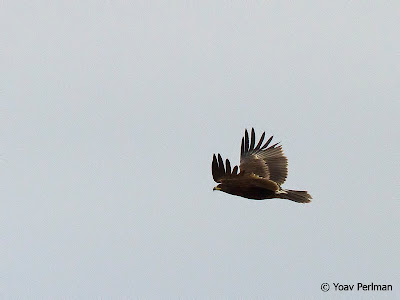 This tail-less Alpine Swift gave both of us a heart attack at first: 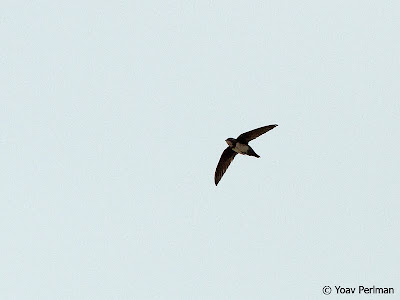 But it's not a needletail after all...
In the afternoon I led another tour around Eilat. Nothing exceptional but nice birding in great weather. We watched the Broad-billed Sandpiper again, had one Collared Pratincole and a flyover Blue-cheeked Bee-eater.
פורסם על ידי Yoav Perlman ב- 6:58 PM