From COTF to IBOC

In the last few days since my last post, COTF ended and IBOC started. Typically, right after the award ceremony at IBRCE wrapped up COTF events, two Oriental Honey Buzzard flew by, causing havoc. This is the same female I saw before, and a young bird: 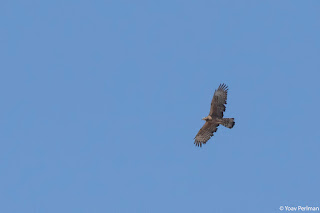 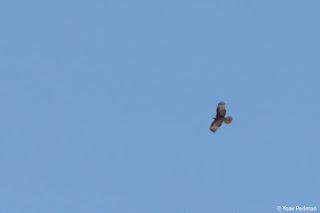 In between the two events I headed back home for one night. Classically, a potential Brown Shrike was found by Shachar Shalev in Eilat just as I arrived home. Luckily, or not, it was not twitchable and was not relocated next day or since.
I stopped briefly at Hameishar Plains twice, on the way home and on the way back. Habitat is fantastic there, and there are tons of birds on the plains. Thousands of storks, clouds of Short-toed Larks, huge numbers of wheatears and pipits, Lesser Ketrels hovering - brilliant. Most impressive (IMO) are huge numbers of Pale Rock Sparrows - I had a flock of 300 at one point, and many others scattered across the plains, 'Zzzzzzzzzzzzz'itting their hearts out. 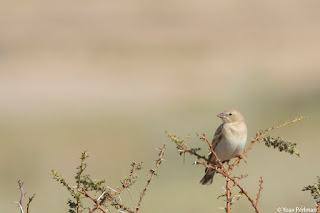 With Isabelline Wheatear - for you A 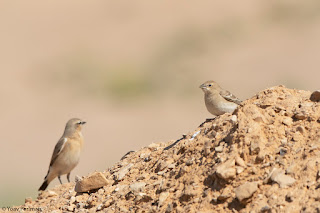 Other sweet migrants were Rufous-tailed Rock Thrush, Caspian Stonechat, a stonking male Whinchat, and many Sylvias including Rueppell's: 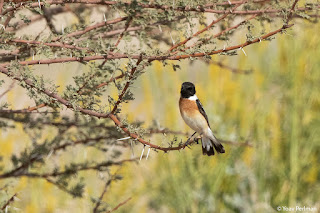 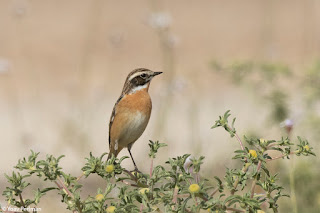 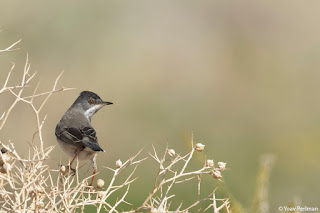 Among the numerous feldegg Yellow Wagtail there were a few supercilliaris-integrades: 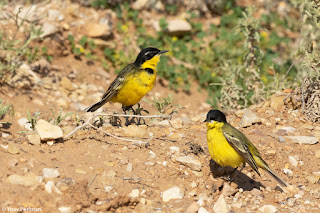 Back at IBOC and Eilat, an early morning tour to IBRCE produced nice views of Baillon's Crake. I paid that shrike site (Shakhamon Park) a courteous visit. It was not present but a wing-barred leaf warbler that was found yesterday showed well and called. Yesterday it was identified as Yellow-browed Warbler, but I am 100% sure it's Hume's Warbler, based on its call. My sound recording is rubbish; luckily Jonas Bonnendahl kindly shared his excellent sound recording with me.

These are sonograms of the calls from this recording. This is the regular call - check the low pitch and shape: 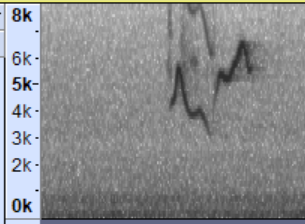 This is a 'funny' little call it gave occasionally:

Its looks are somewhat misleading - it's a rather contrasty individual, but still OK for spring humei. In these images bring into account the green light reflecting under the canopy the affects the tones of the bird. In real light it is much greyer. 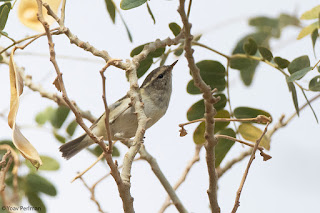 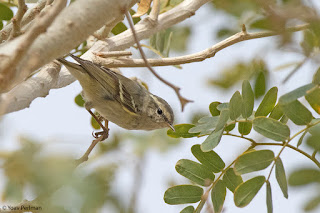 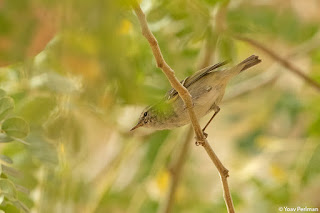 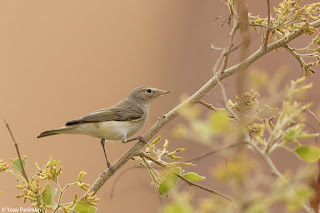 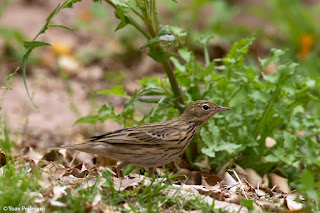 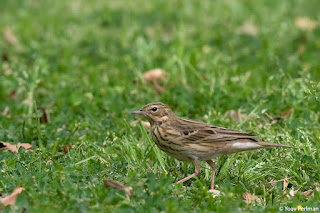 IBOC itself is fantastic - well organised, great program. Looking forward to the next two days at the conference (and the few hours sneaking off birding).
פורסם על ידי Yoav Perlman ב- 9:00 PM