Yesterday I worked with Re'a in the Judean Desert. We assisted efforts by INPA to locate and monitor nests of some of Israel's most threatened raptors. I can think of worse ways to spend the day - we had a long, beautiful hike through some of Israel's most scenic spots, looking for iconic species. We also had brilliant migration low over the desert plateau - mainly Black Storks and also several hundred Steppe Buzzard. A few small, mobile flocks of Pale Rock Sparrow zoomed through. The skies and cliff faces were full of swifts and hirundines. Bliss.

This is the stunning view east, down the mighty Ze'elim Gorge, Dead Sea in the distance: 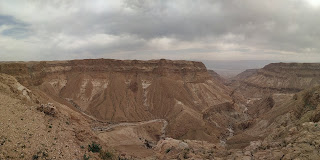 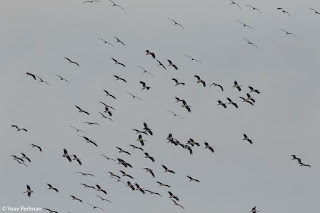 The weather was somewhat unstable yesterday. When heavy cloud rolled in and covered the skies, and it felt like it's going to rain, this passing flock of Black Storks struggled to migrate on. The flock was battling against the wind and flying too low. 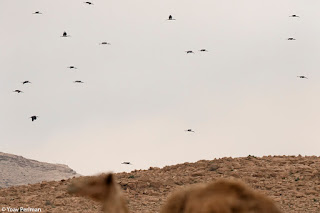 Taken with my phone across the gorge 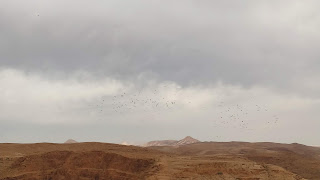 Eventually they decided to drop down and rest for a while on the cliffs until the weather improved. 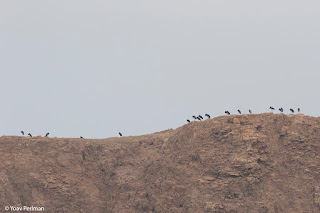 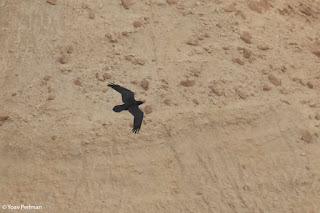 Desert Lark looking rather dapper in this beautiful setting: 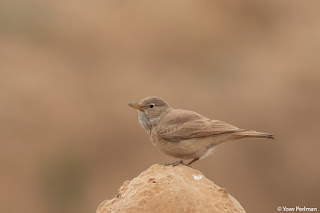 Some water left in waterholes after the winter floods: 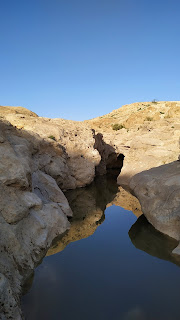 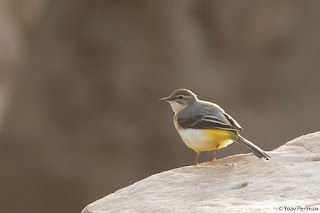 Many thanks to Re'a, and to Jamil the local INPA ranger. eBird checklist here.
פורסם על ידי Yoav Perlman ב- 8:45 AM