What an amazing day it was, made even more mentally challenging with the sad news coming from across the pond of the departure of our dear friend and comrade BT3. I received the news while standing at a watchpoint overlooking the Arava Valley and Eilat Mts., watching a River of Birds pouring through the sky. How appropriate. 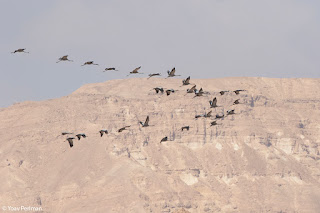 I did not race myself, as I am part of the organising team. I spent the day assisting teams, scouted key species and sites, and made sure that teams remained focused and on track. After spending much of the night at the start line, at dawn I gave one of the teams a lift to Amram Pillars. On the way out enjoyed a ram Dorcas and a Woodchat Shrike. 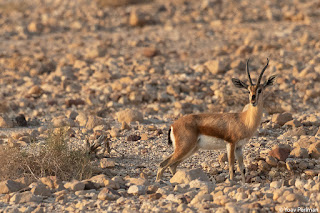 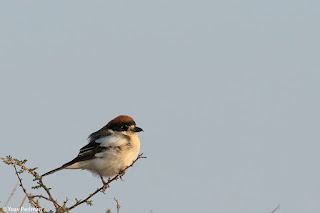 I spent a while at Yotvata fields. The circular field was packed with bird that hid well in the tall vegetation. I walked through a tiny section of the large field and had tens of Sedge and Savi's Warblers, mainly heard calling and singing but occasionally climbed up for brief views: 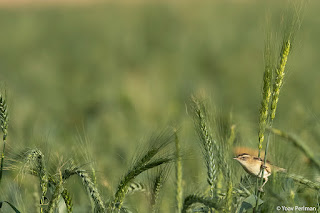 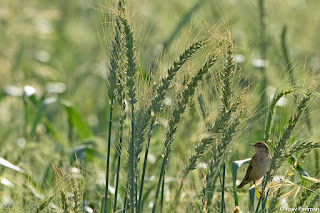 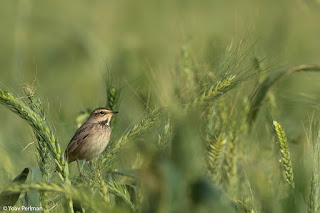 Squacco Heron resting outside the field 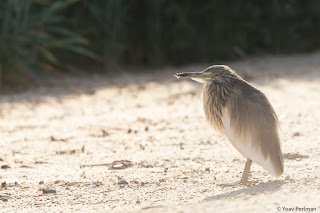 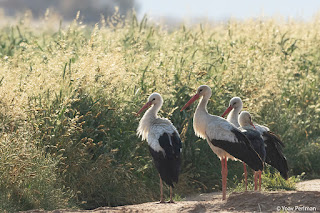 Several harriers cruised over the field, flushing pipits and wagtails: 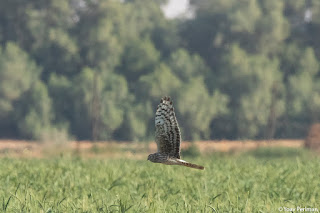 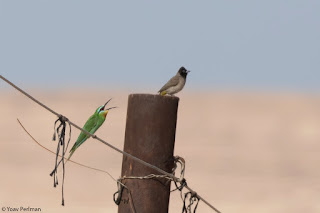 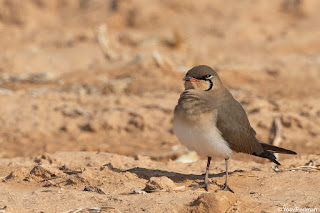 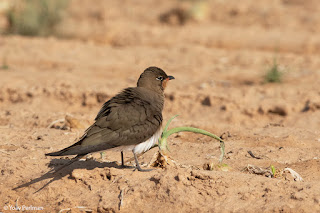 Then I headed back to Eilat checking a few more sites along the way. I positioned myself by the IBRCE; my main mission was, again, to connect properly with an Oriental Honey Buzzard. With some help from friends, I eventually had a lovely female - rather brief encounter but at last photos! Jynx removed. 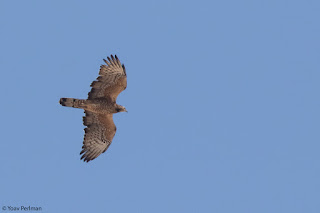 In the afternoon I spent time with teams in the productive sites around Eilat. I was focused on getting teams on key species so had no chance for 'proper' birding. Still some nice stuff, such as a Peregrine skydiving at Slender-billed Gulls and a flock of 9 Eurasian Curlews - quite huge in Israeli standards. 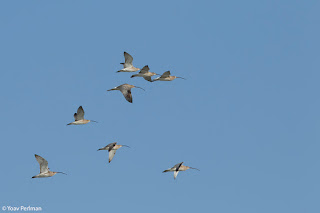 Before dusk there was the traditional assemblage of teams at north beach, frantically using the last rays of light to add species to their lists:


After checking all teams lists, I can only say that the final results are incredible - wait till tomorrow! Kudos to all teams who made an enormous effort, both in the field and in fundraising.
פורסם על ידי Yoav Perlman ב- 11:26 PM