Today I continued with my demanding task to assist teams in their scouting efforts, which actually meant birding in cool spots. Isn't it appropriate that on pre-race date I visited two sites that could be identified with our Dutch team - Team VCF, and Canadian team - The Canucks. First thing in the morning I birded Holland Park together with Mark and Anat. At our hotel doorstep we had a flock of 53 Baltic Gulls fly over on their looooooong migration between Lake Victoria and Finland - the stuff Eilat legend is made of: 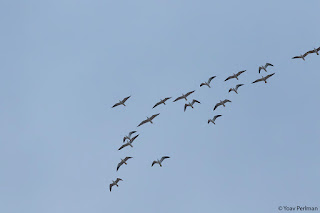 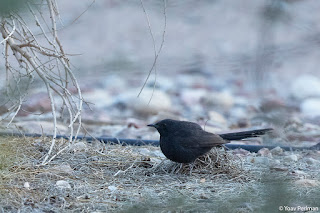 A gorgeous male Northern Wheatear posed against a dramatic backdrop of Eilat Mts.: 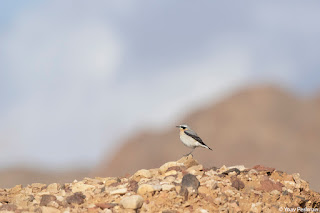 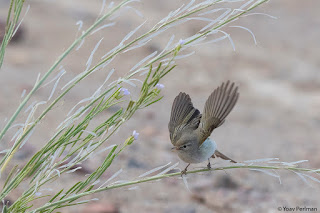 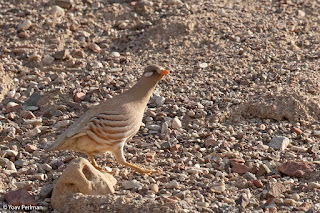 Real action was in the Sylvia camp, especially around the Magic Bush - a huge flowering Capparis decidua that attracted many tens of warblers. Most prominent were Rueppell's Warblers - around 10 in that one bush. They are real bullies, constantly harassing all other warblers and each other: 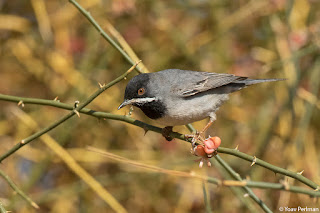 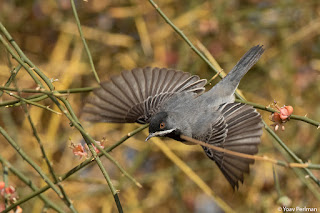 But the real star was Eastern Subalpine Warbler. Two males were in that bush, one of them was a real performer - feeding at extremely close range. What a fantastic bird. I have many more images - a dedicated blogpost will follow. 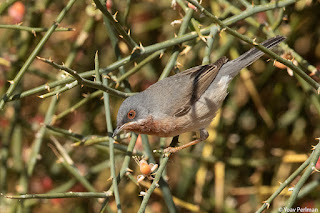 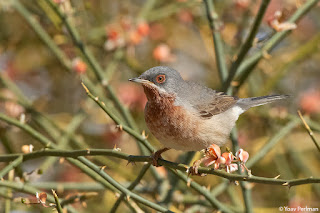 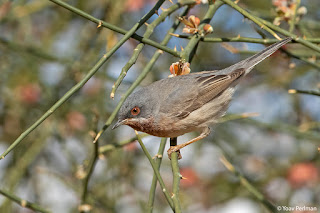 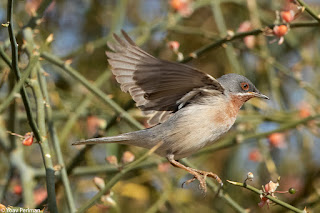 While heading out a flock of five Penduline Tits flew in - so cool to see them away from reedbeds, in a desert wadi. They were very mobile so managed only these record shots. 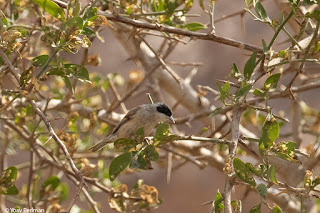 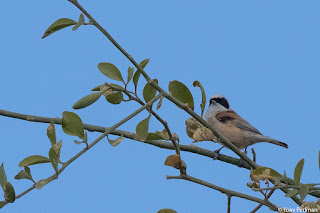 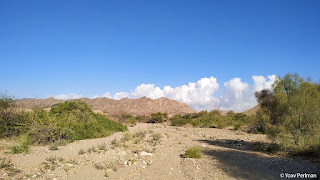 After lunch I had a quick look in Canada Gardens, where a Semicollared Flycatcher continued to show extremely well. Another top-quality bird. Sadly light was harsh - the promises for Armageddon weather down here never materialised. 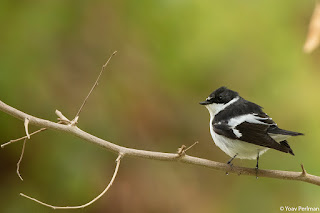 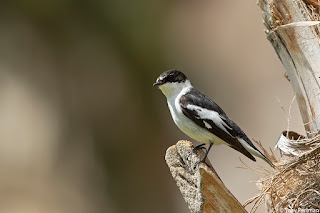 In the afternoon we had a final briefing and swap meet for COTF teams at IBRCE. After the meeting we spent another fantastic hour vis-migging from the dyke - very cool stuff including Little Swifts, Dead Sea Sparrows and many more (but still no oriental cigar).