In recent days I have been doing fieldwork and guiding, which means busy and enjoyable times. Spending much time in the precious Batha habitat, which is so beautiful and productive these days. On Sunday I met up with the Eilat Bird Festival group, first at Har Amasa. It was horribly windy and the birds kept quiet and hidden. Despite missing some key species that are present there (Rock Thrush, Pale Rock Sparrow) and seeing relatively few birds, we still had some good encounters including a copulating pair of Common Cuckoo, female Subalpine Warbler, many Finsch's Wheatears, Persian Wheatear still, a cracking male Ehrenberg's Redstart etc.


This returning Finsch's Wheatear is a real performer 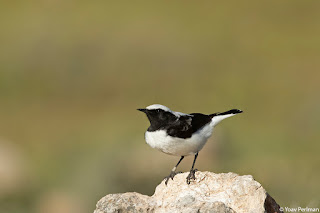 Yosef did a good lob with wheatears there. This is a returning Eastern Black-eared Wheatear: 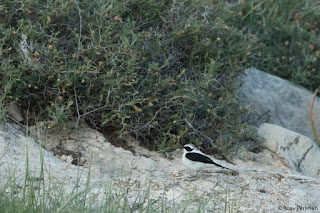 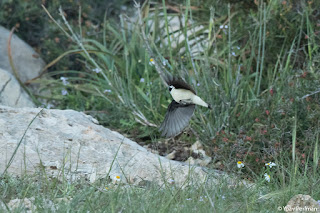 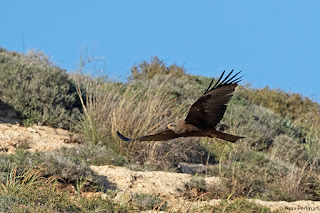 We had a great end to the evening with brilliant views of Nubian Nightjar at Neot Hakikar.

Cretzschmar's Bunting is a stunning bird 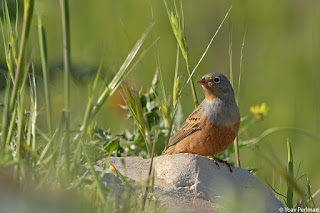 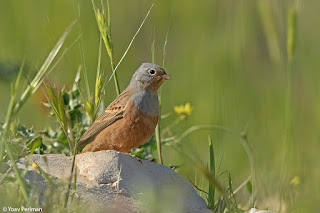 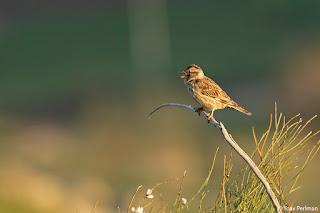 On the way home stopped to check for Cinereous Bunting - Tzur had found two near Kfar Adumim the previous day. I got there when it was already hot and windy, so managed only frustratingly brief views of two birds. Despite seeing many of these scarce migrants over the years, I have yet to obtain a photo. Next time... A pair of vocal Great Spotted Cuckoo was entertaining: 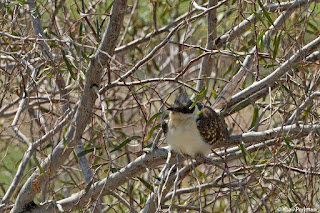 BTW in Hebrew they're called 'Crested Cuckoo' - here it is possible to see why.
פורסם על ידי Yoav Perlman ב- 9:36 AM