Last days of breeding season surveys, before the scorching summer finally sets in. Completing some last Batha atlas boxes - rather uneventful now. Also doing a survey of wadi Grar in the N Negev - one of the main wadis in the region, with some extensive reedbeds, holding sensitive species such as Little Bittern and Clamorous Reed Warbler. Lots of cavity-breeding species use the sandy banks - Bee-eaters, Rollers, Little Owls, White-breasted Kingfishers etc. They are colourful and charismatic birds so always nice to see and photograph: 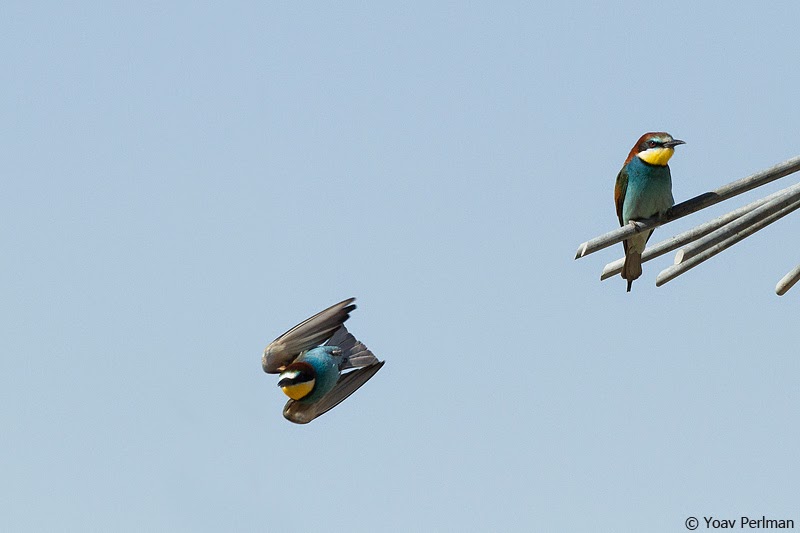 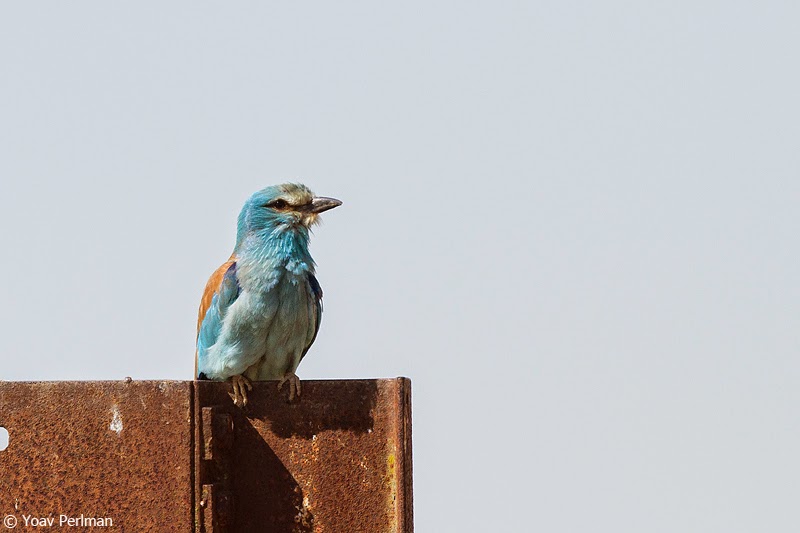 Still many Steppe Buzzards on the ground - mainly lost juveniles: 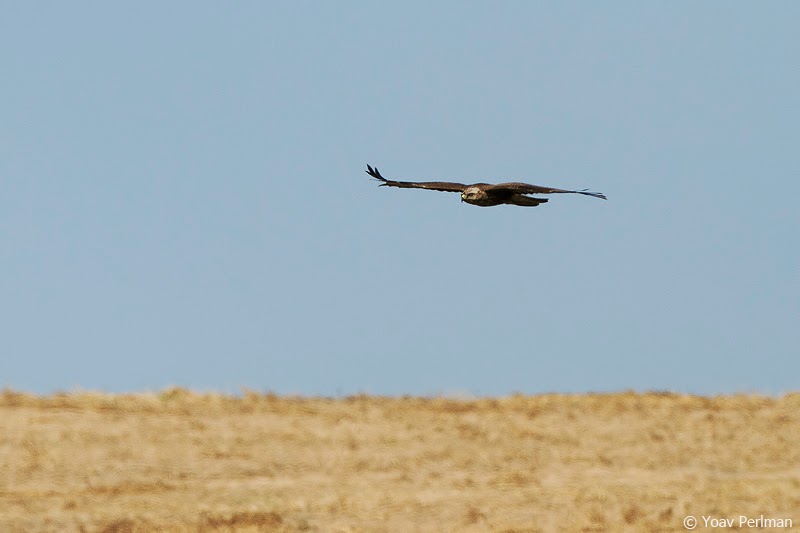 This one was escorted by the local rascal: 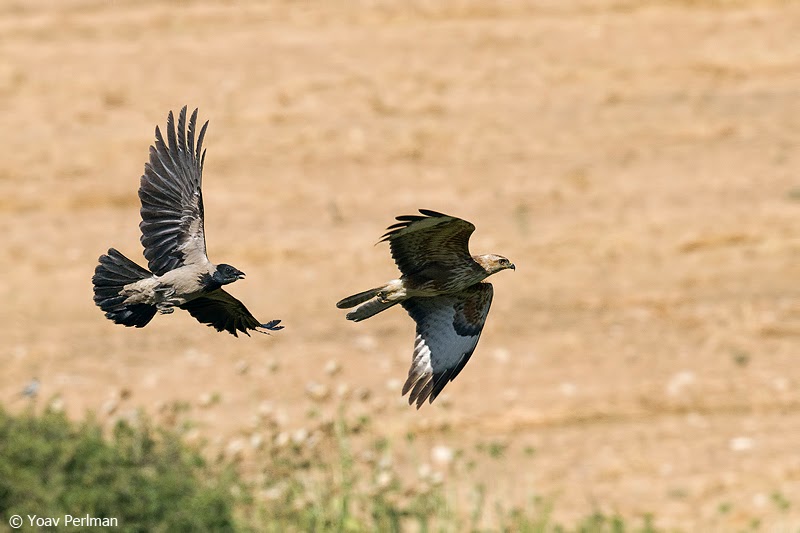 On the way out the other day I tried to cross wadi Grar, and got majestically bogged. Stupid me. The mud was a smelly glue - great fun. I was pulled out by my friend the local NPA ranger Hanan - thanks! 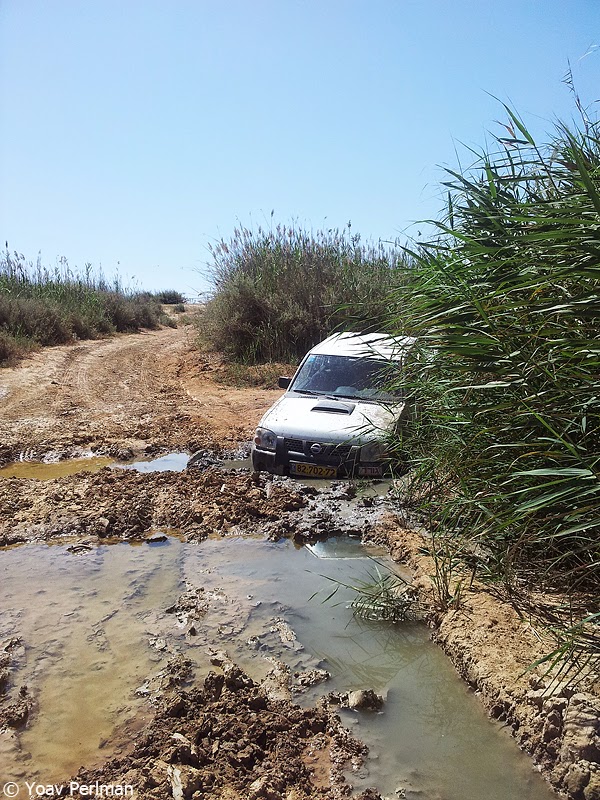