What an amazing day it was. I joined the Hermon breeding survey today, coordinated by Nadav (with just a bit of help from yours truly). I was privileged to survey one of the most exciting corners of our country, right on the Syrian border very high up. Because of the sensitivity of the site we had to wait for military escort before we could go down, so we worked the Duvdevan ridge for the first couple of hours of the morning - it was very good. Most impressive was a high concentration of Crimson-winged Finches - we had about 15-17 pairs along a short stretch of the ridge (!), some of them already with fledglings. They are really stunning birds, so rare and so special. As always they were very mobile so this time I got only half-decent images: 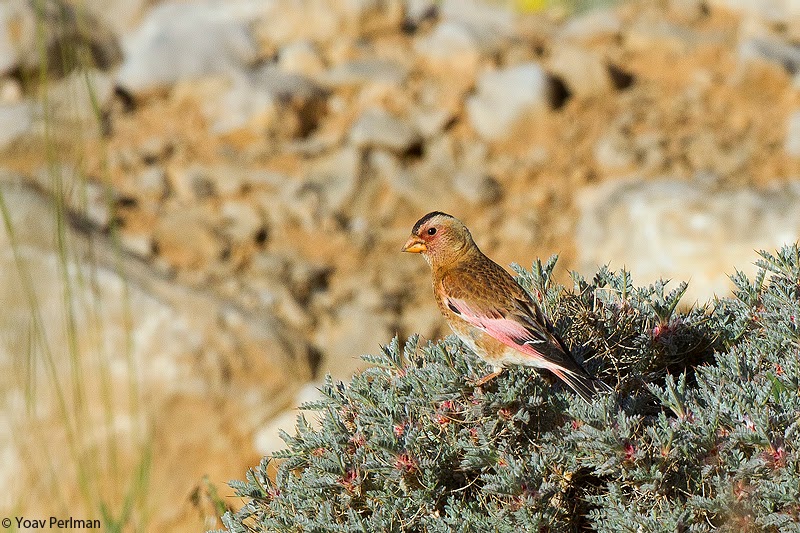 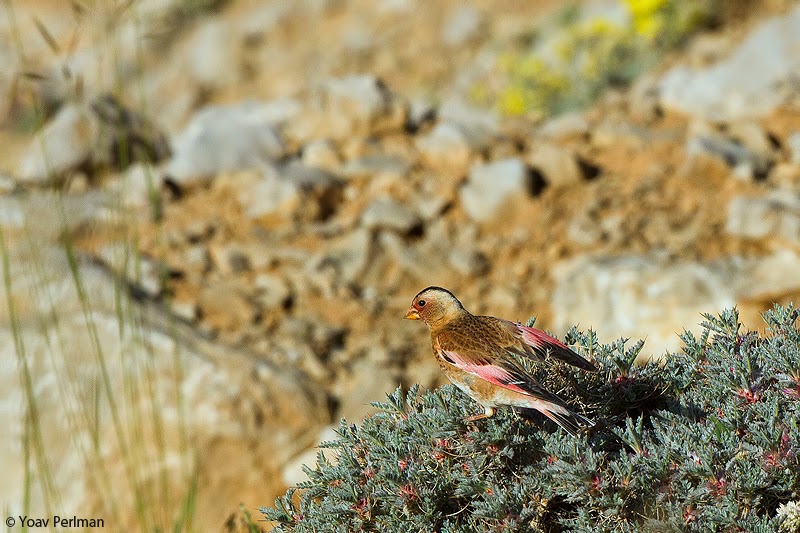 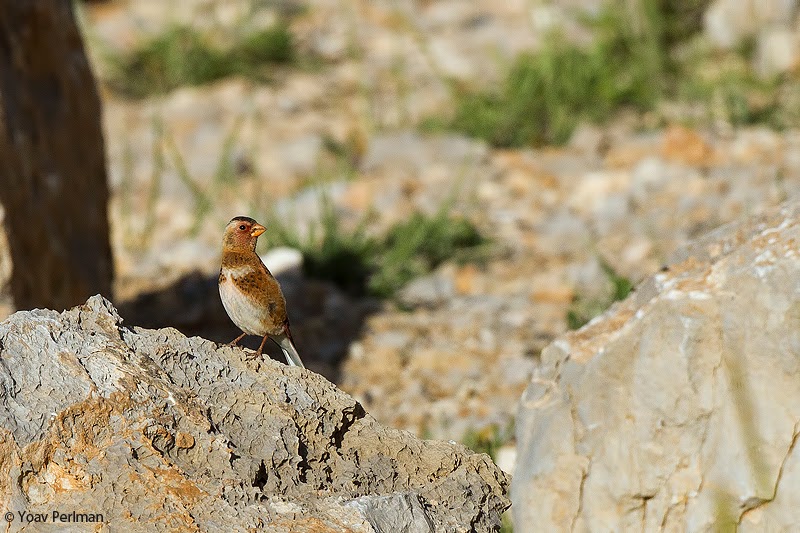 Other highlights on the Duvdevan ridge were both Rock Thrushes (Rufous-tailed and blue) breeding, one distant singing White-throated Robin (new site), Spectacled Warblers, several families of Horned Larks and generally lots of birds. 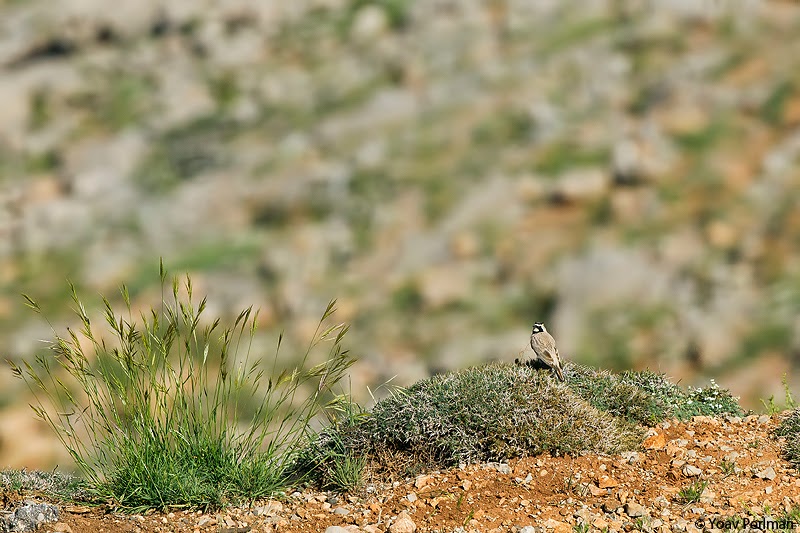 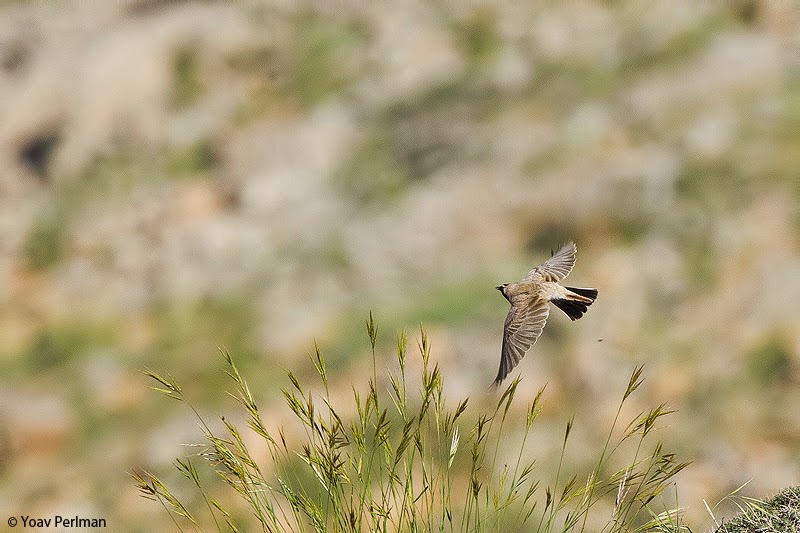 After we met up with our military escort (late!) we climbed down the steep slope into a beautiful high-altitude valley, at about 2000 m. It was already late and hot and light conditions were very harsh, but we had a fantastic time there. Highlight was two pairs of White-throated Robins - we saw only the males that were feeding - possibly the females are still in the nest. 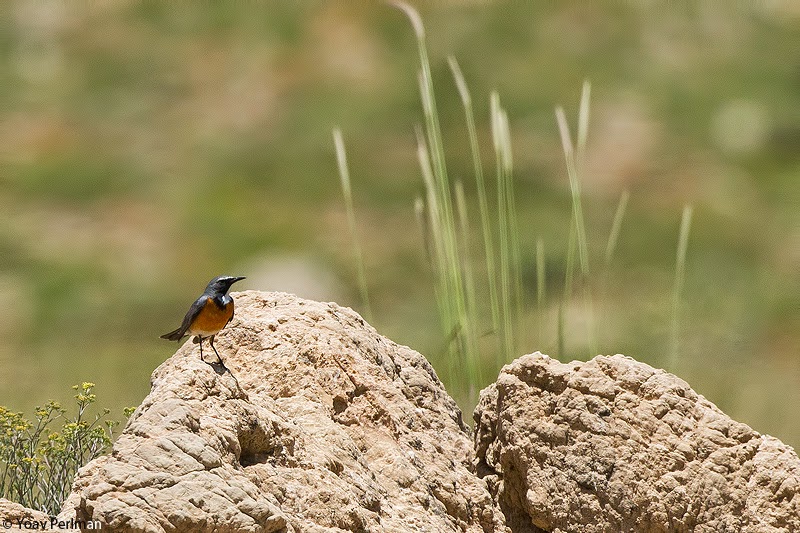 Soundscape thing of the breeding area:

They are so rare so we were very gentle with them. During the first session of the survey a month ago Re'i and Lior had about five pairs in this valley. Today we struggled a bit to find them but eventually enjoyed great views and activity.
Other highlights included singing Upcher's warbler, several families of Spetacled Warbler, a couple of singing Cuckoos, Raven, and many more. The area was exploding with buntings - Cretzschmar's and Black-headed in very good densities, and also Rock and Corn. 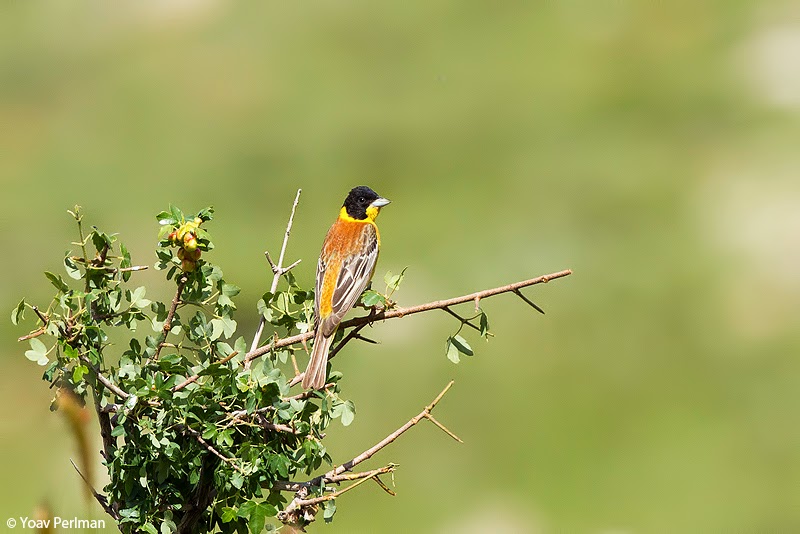 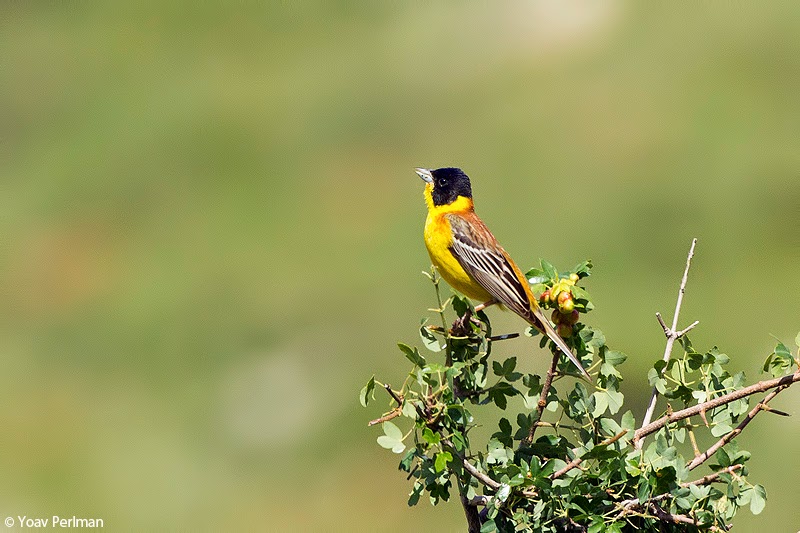 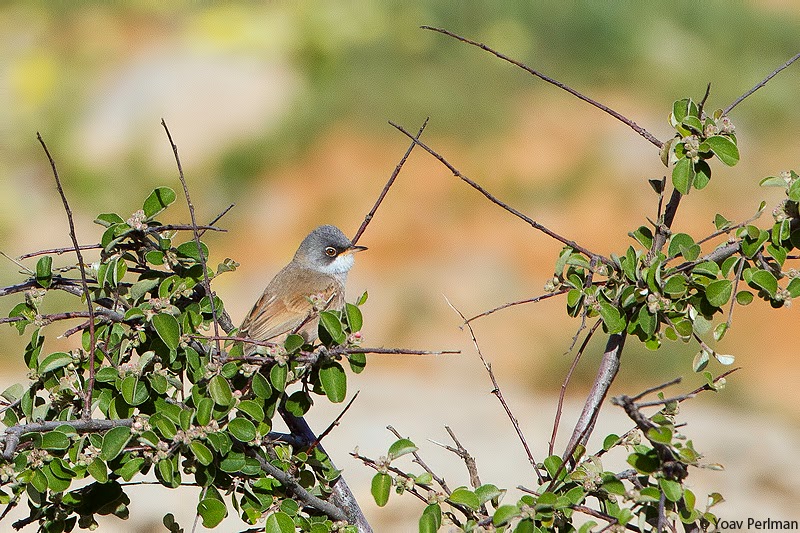 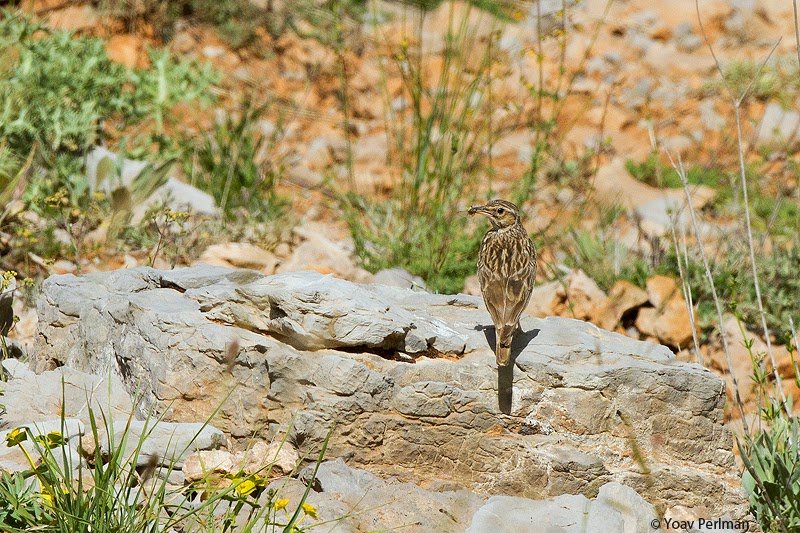 We got our adrenalin rush when we had a close encounter with an impressive group of 14 adult Wild Boars with nine piglets: 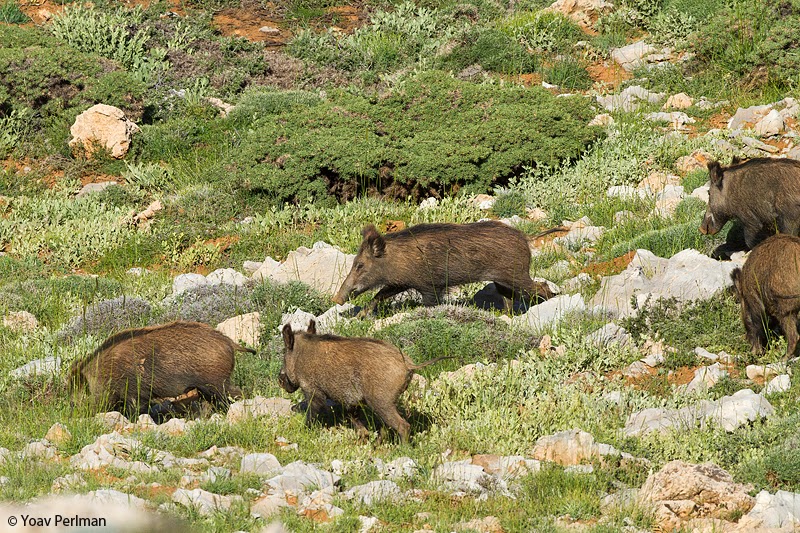 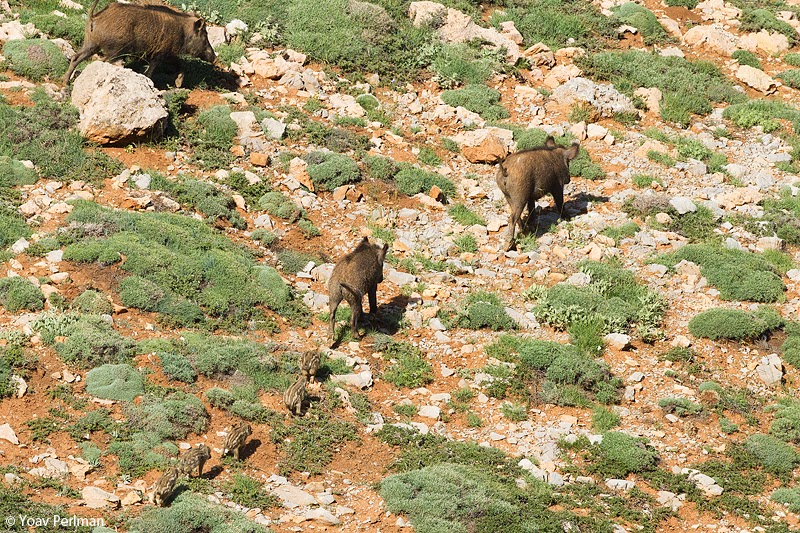 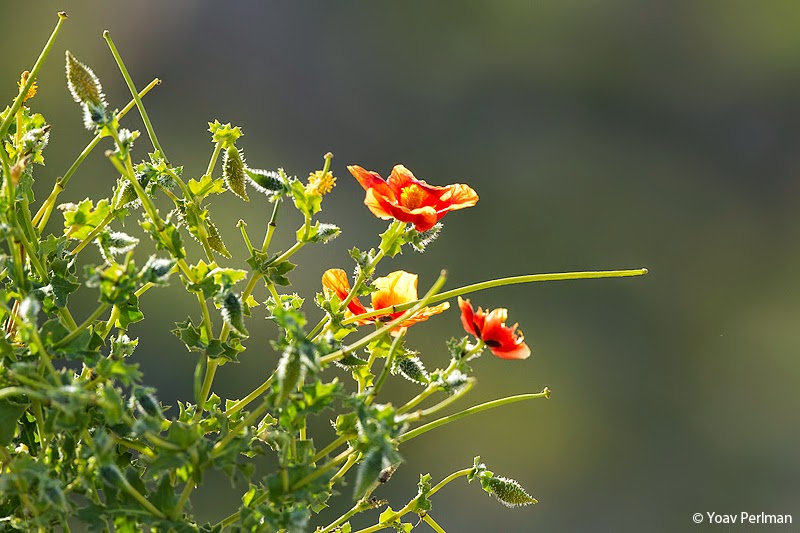 Unidentified mushroon - will update when I get the ID from friends 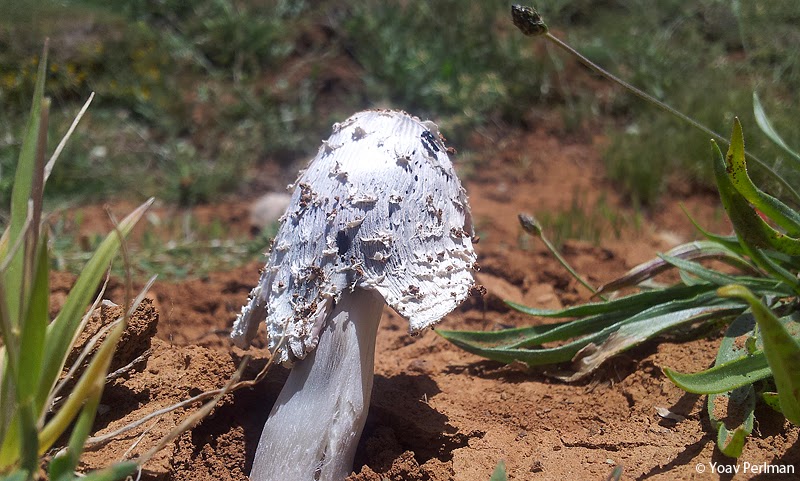 This is the valley we worked in: 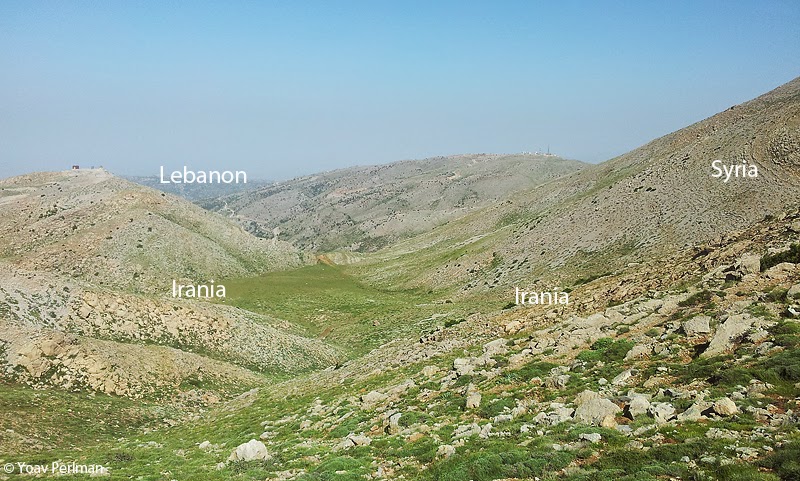 Amir posing with his military escort early in the morning before we split up: 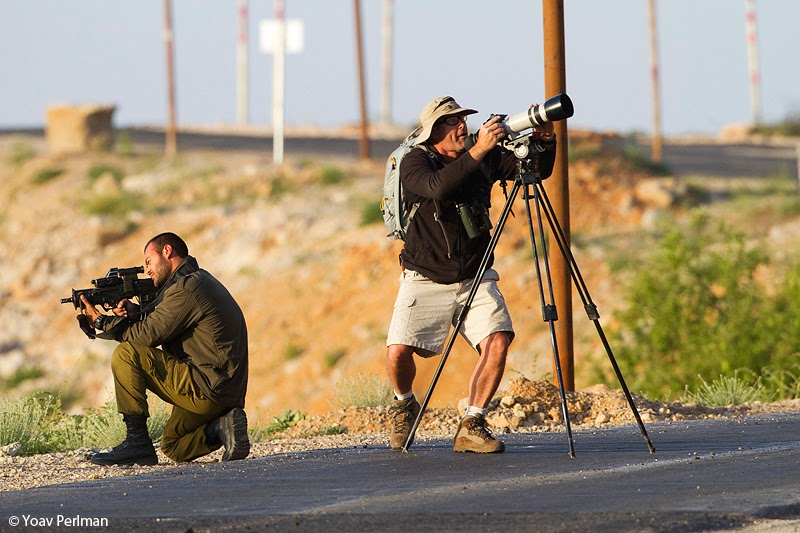 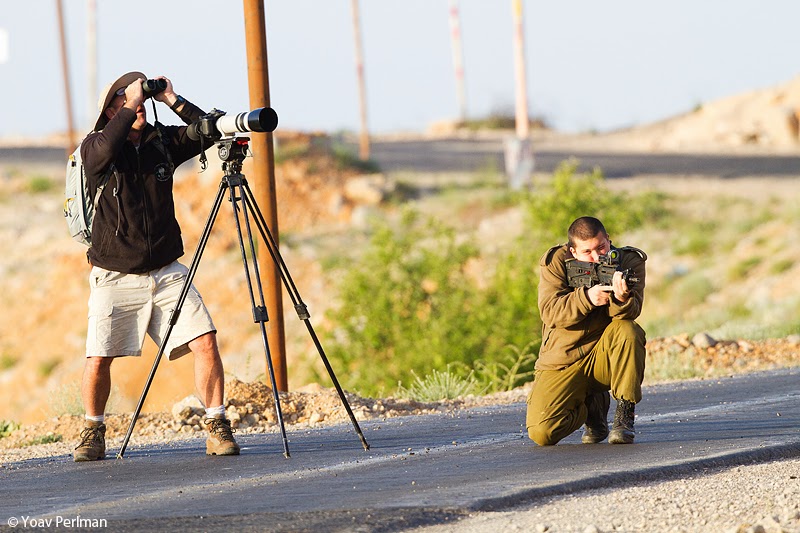 Many thanks to Roei and Eran for a great day - hard work but well worth it.
פורסם על ידי Yoav Perlman ב- 8:54 PM