This morning I went birding in the Nizzana region. In fact it rather quiet with few birds and not much worth noting. Started off at Mashabe Sade that had nothing special. Later on I met up with Eran Banker near Ezuz. We saw a fine male MacQueen's Bustard. At Be'erotayim grove many Chiffchaffs and among them one too brief tristis. Then we parted and I went to have a look at the Kmehin sewage ponds. At the first dry pond I found this very very confiding Oriental Skylark, feeding in the low vegetation along the edge of a stinking pond, with some pipits and wagtails. They really like sewage ponds - I have seen them in almost every proper sewage pond in southern Israel.
After the sandgrouse finished drinking and it was safe to get out of the car without disturbing them, I put a tent up (like a bloody sauna inside) and the bird got really close to me, down to about 3 m, closer than my lens's close focus point. It was feeding constantly and hardly did anything else, most of the time inside the vegetation, and light conditions were very tough, but neverthelessI am rather pleased with the results. Last time I had such an obliging gulgula was back in 2003 I think, when I was still digiscoping. Note the very short primary projection, small bill, less contrasting head pattern, overall sandy-brown appearence (especially breast, lanks and ermiges edges), and sandy outer tail feathers. 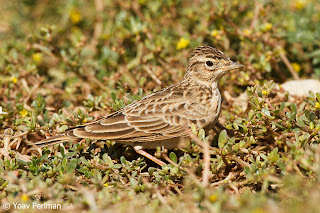 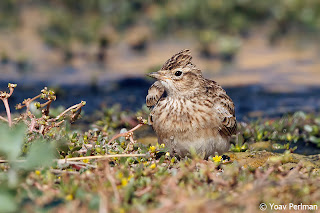 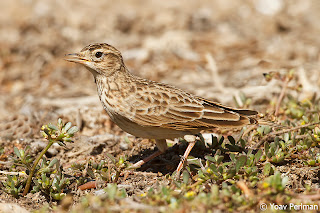 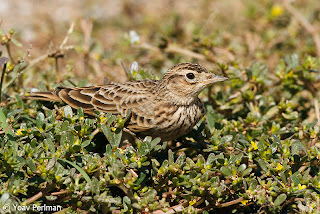 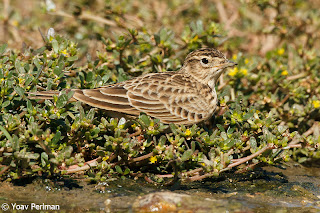 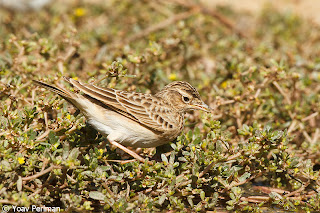 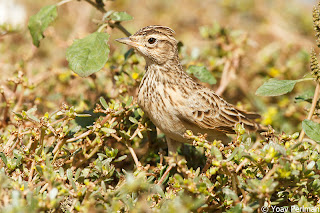 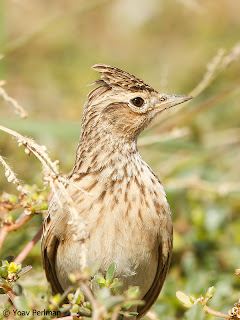 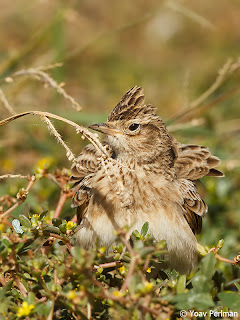 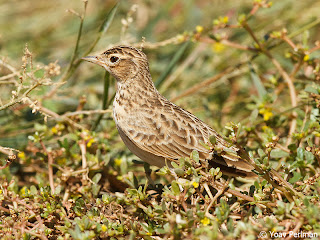 Not much else in the ponds. Two Wigeon, one Hen Harrier and about 300 Spotted Sandgrouse came in to drink.
פורסם על ידי Yoav Perlman ב- 12:33 PM