From rare to mega

This morning I went ringing in a field near Mashabe Sade in the northern Negev. Large numbers of migrants had been reported there recently, but today the field was OK, not more. The fairly good catch included mainly Willow Warbler, some Chiffchaffs, four Red-backed Shrikes etc. After setting the nets up in the dark, the first bird I heard early in the morning was a Red-breasted Flycatcher. Later on in the morning it made its way into my net. Nice 1cy - I really like them. Thanks to Netanel for the help in this part of the morning. 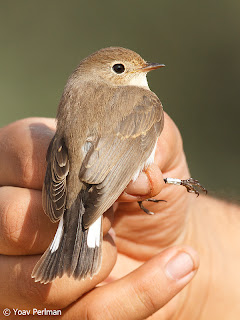 While driving back home I learned about a f***ing Pied Bushchat at Yeroham - it was found and later ringed by Eyal Shochat exactly at the same spot where the Dusky Warbler was just a few days ago - what a golden patch! Well done to Eyal. This is the 7th record for Israel. I saw the previous one in winter 2001/2 - it overwintered in the IBRCE carpark. But because it's such a good bird I decided to go and have a look. The bird was showing very well. It has so much charisma on it - larger and much more impressive than a stonechat, with very broad wings and these huge white wing patches and rump. It's a 1cy male. 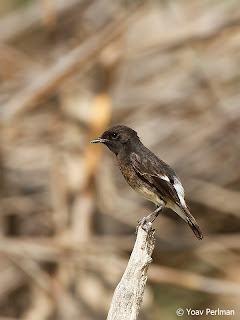 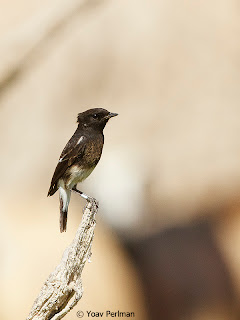 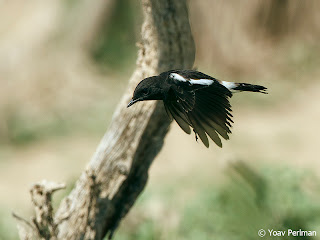 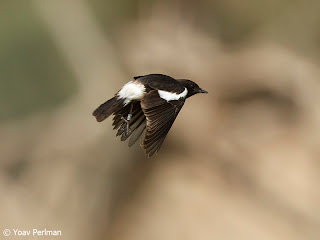 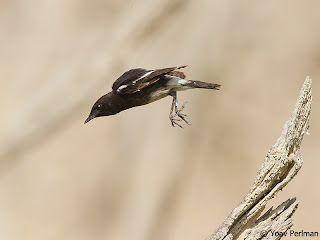 The light was very bad (too contrasting) so I didn't spend much time photographing the bird. It was feeding very actively and looks very happy. Nearby I saw also this female Siberian Stonechat - bringing my saxicola day list to four (including Common Stonechat and Whinchat). On a normal day it would have received more attention but not today. 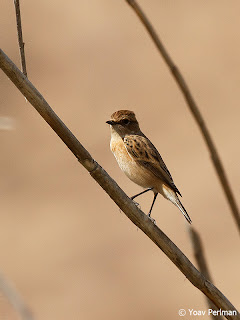 What an amazing autumn this is evolving to be. Luckily up till now most goodies were rather close to my house. Hope this trend continues.
פורסם על ידי Yoav Perlman ב- 1:55 PM