Went ringing this morning at my CES in Ashdod. The morning began with a blow, when I discovered that recently someone had done some infrastructure work with heavy machinery in my swamp, and destroyed some of my net rides. Nevertheless I decided to go ahead and set the nets up. First round was very big and I thought I was going to work very hard but eventually it ended up as a good, solid catch. About 100 birds with a good, typical October mix. Lots of Willow Warblers, only one Chiffchaff, about 20 Bluethroats which was surprising - large number for this time of year. Other quality stuff included Red-backed Shrikes, Wryneck, Marsh Warbler among the commoner species. 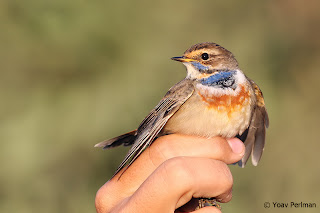 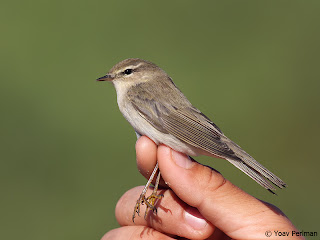 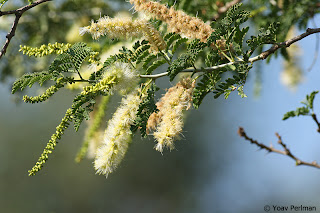 Many thanks to the team that helped me this morning - Re'a, Shlomo, Liad, Miriam, Shahar & Arbel.