On our last full day in Kruger Park (February 16th) we spent some quality time with a pride of Lions not far from Satara, along the famous S100 track, by a waterhole. When we got there a few cars had already assembled, but it wasn't too bad. I managed to maneuver myself into a good position. The pride, that contained two large, old males, two lionesses and three cubs, had killed the night before. Judging from the amount of skulls and skeletons around the waterhole, my guess is that their hunting technique is ambush around the waterhole. Anyway, when we got there the lions were very full and very sleepy.  Even the cubs were too tired to do anything. This male was huge and very impressive, though obviously very old and beaten - check all those scars: 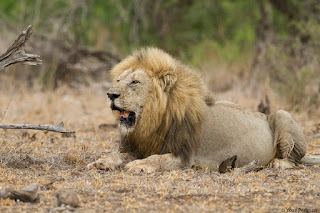 The dominant lioness, mother of the three cubs, had a scratch or two on her too - she must be a fierce killer: 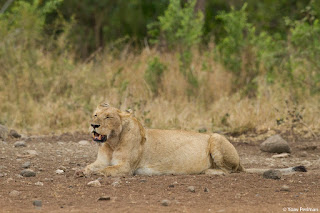 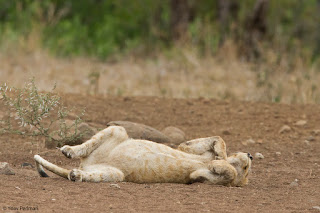 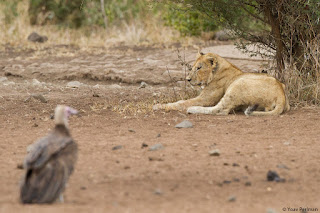 The kill itself was behind a small slope and we couldn't see it. One lioness was snoozing by the kill, so the many vultures assembled on the trees around and on the ground kept their distance. Several Hooded Vultures were sat on the ground like hens - funny birds. 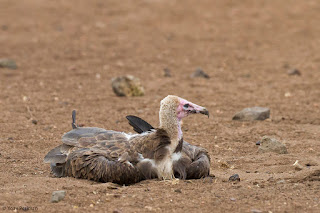 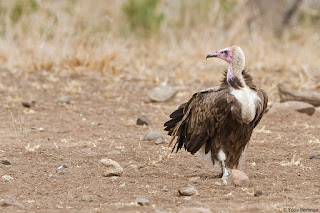 As soon as the lioness went for a drink and left the kill, the vultures charged in. 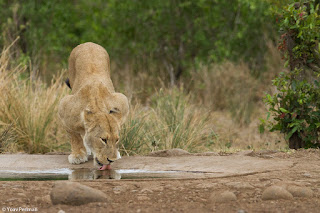 The huge Lappet-faced Vultures dominated the scene. The smaller African White-backed Vultures knew their rank in the hierarchy and kept their distance. 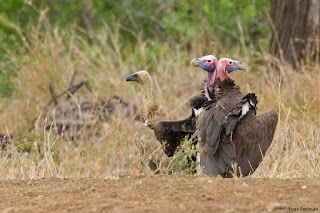 After a good meal it's time for a drink: 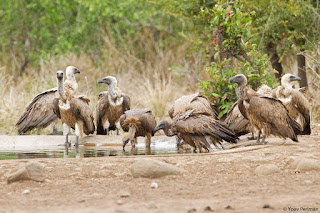 Also by the water, when the boss walks up, all the teenagers make way: 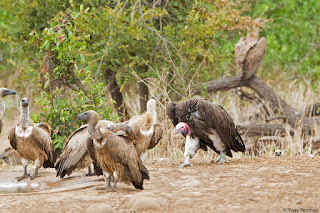 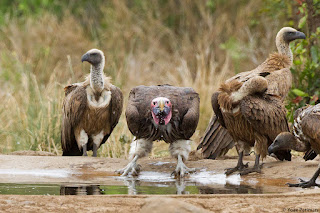 BTW, note the distinctive pattern of axillaries and belly feathers on the young vulture to the right of the lappet-faced. Same pattern as my Spanish bird.
While the boss was drinking, a young African White-backed Vulture jumped into the water just in front of her, and started bathing and splashing like a little kid. She had that look, as if thinking to herself "What's this stupid kid doing?": 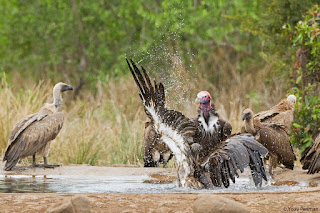 After all the big vultures had enough to drink, also the miniature Hooded Vultures got a chance to hydrate a bit: 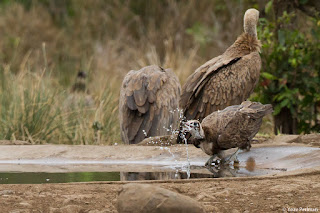 But then - terrible panic! The male Lion walked, or rather limped towards the water for a drink. All the vultures started screaming and scrambling and behaving quite pathetically, to be honest. Make way to the real king! 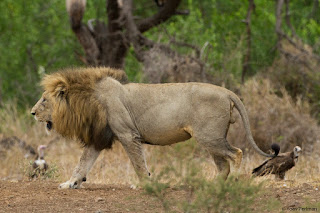 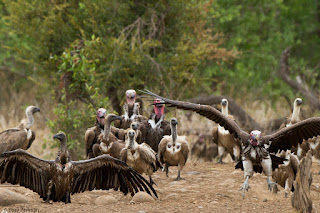 He's going to eat us all up! 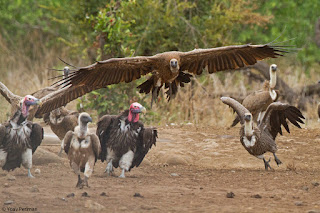 Everybody look at my cahonas! 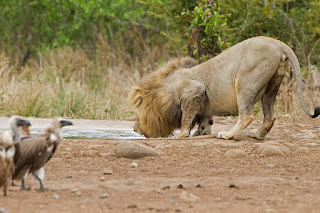 What takes him so long? 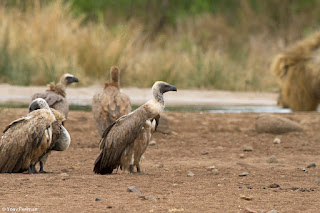 Is he done yet? 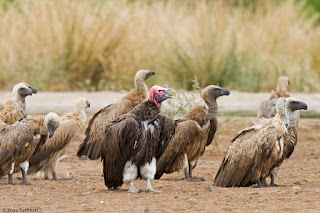 Then the king went back to sleep, the vultures returned to fight over the food remains and drinking space, and we drove off to look for some more stuff. Nice to see a good concentration of vultures - this is becoming a rare sight anywhere in the world.
Driving along, we found another majestic lioness not too far away: 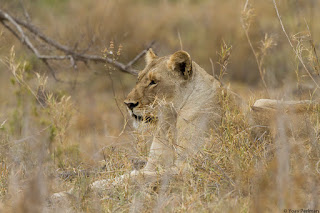 My next post will be the final one from South Africa. Watch this space!
פורסם על ידי Yoav Perlman ב- 10:41 PM