In my last post from South Africa, I will share some photos of mammals and reptiles we encountered in Kruger Park. Even though we did not find any surprising animals, it was exciting to see large numbers of common mammals. After the low densities we had experienced in Hluhluwe, Kruger Park felt like the Real Africa.
Kruger Park's main attraction is big cats, and in that front our mission was accomplished. About 30 minutes after driving into the park from Malelane Gate we chanced upon a Leopard. It was laying down in the tall grass, and as soon as we stopped it walked off into the bush. Too quick for a photo but a breathtaking start.
Then, near Satara, Big Cat Central, we had intimate experiences with lions, and also we found a pair of beautiful Cheetahs, just south of Satara. They were typically lazy. The male was snoozing in the grass; the female as well but quite obscured by the vegetation. We waited around with them for about an hour until the kids lost patience and we moved on. During that hour the most they did was wag a tail, and once the male even sat up for a couple of seconds (!), before crashing back down to sleep again. He was too quick and I screwed up the photo. 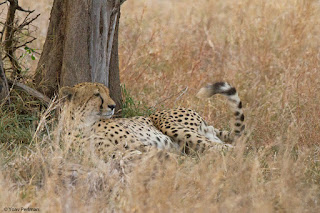 Look at me - I am so pretty 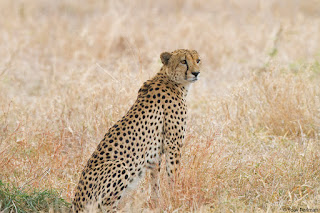 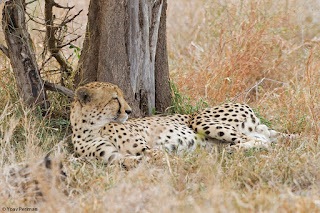 Spotted Hyena are another prominent predator in Kruger. We saw quite a few in several locations. We had this playful pair in the very early morning, splashing around in puddles after the previous night's rain. 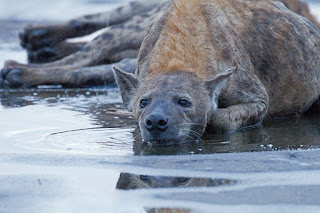 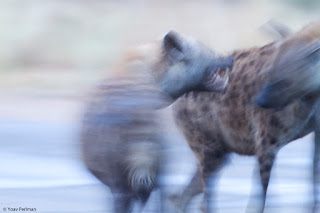 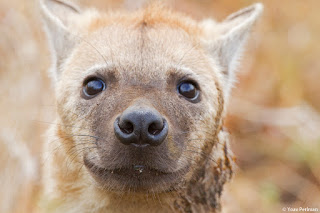 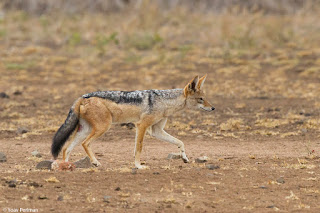 I was most impressed by the big numbers of Elephants we saw. Kruger Park holds 13,000 of these huge beasts - Hopefully the war against poaching will be successful here. 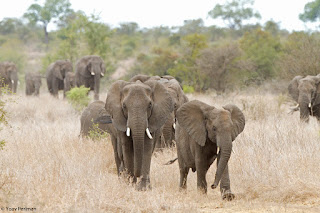 We saw only one rhino, this is a Southern White (AKA Square-lipped) Rhino. BTW, the name 'White Rhino' probably comes from the Afrikaans word 'wijd' (wide), and does not describe its colour. 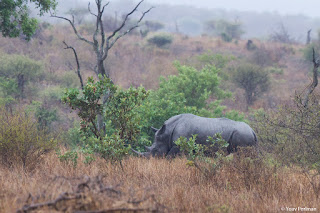 Good numbers of Wildebeest were present. No huge migration here like in the Mara - Serengeti system, but still nice to see these impressive ungulates roaming free on the Great Plains. 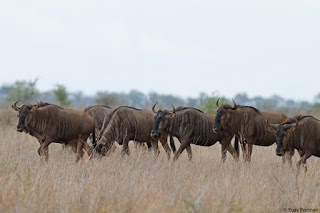 Among the many antelope we saw, I especially liked the dainty Steenbok: 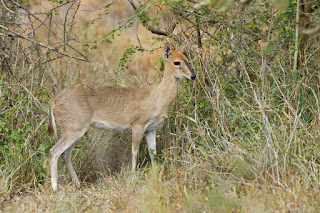 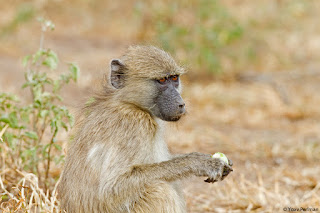 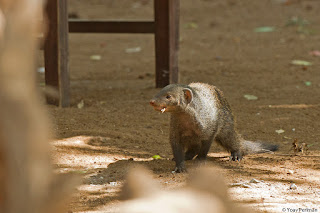 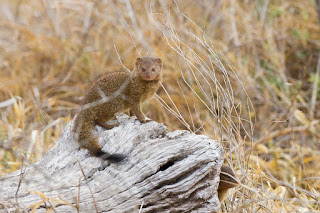 We didn't see too many reptiles. This Blue-tailed Sandveld Lizard is pretty: 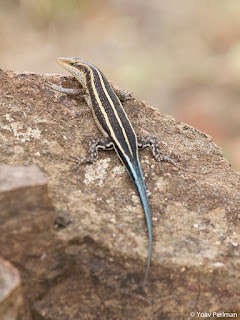 After the rain, many Leopard Tortoises dangerously walked on the road: 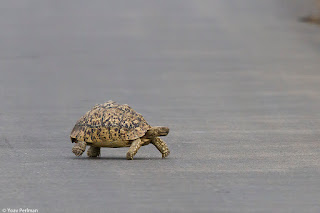 And that's that. To summarize, wildlife watching in South Africa was brilliant. In a very short time I saw just short of 300 bird species (297, though my brother ticked a few more after we had parted) and 34 mammals - not too shabby. There are many special birds I did not see, so there's a good reason to return to South Africa for a proper birding trip!
As always, this trip would not be possible without the help of some good friends, especially Trevor, to whom I am thankful. My travel companions - my boys, my brother and his family, and my dad, all made the trip so special and enjoyable - thank you!
פורסם על ידי Yoav Perlman ב- 12:26 PM