Champions of the Flyway day 3

Final day of preparations before the big day. From a birding point of view, it was a quieter day with fewer migrants and strong winds, but overall very enjoyable. Started off early in Ovda Valley with the Rockjumpers. Pretty hard-going with low bird densities but somehow we managed to get most target species there. Hardly anything posed for photography; only this Mourning Wheatear was OK: 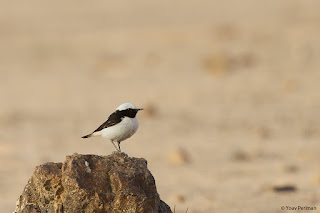 Screwed up the jump shot 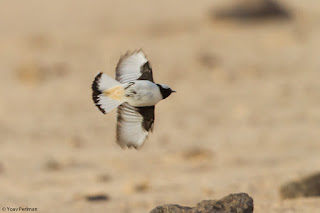 After breakfast I checked some city parks. Ofira was sweet as always with a nice selection of migrants. This female Caspian Stonechat was nice to study. In this photo tail looks all-dark: 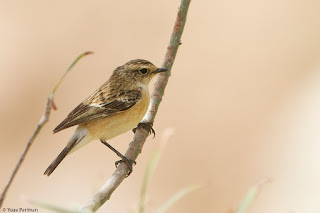 Here the white tail bases are exposed when tail-flicking: 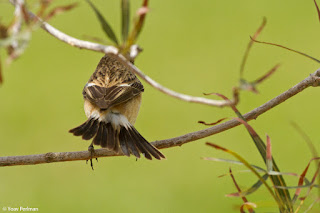 I failed its jump shots as well: 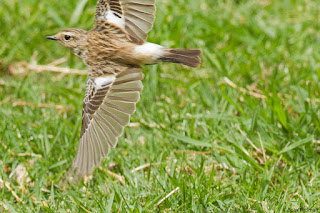 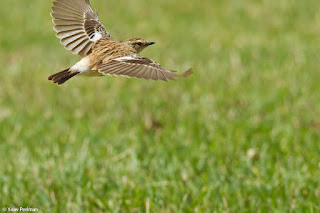 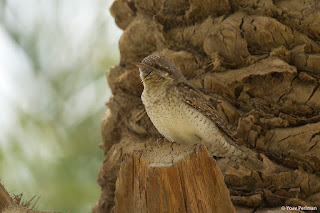 2 Cretzschmar's Buntings (I know I may get some grief because of this bunting. The head was not green, it's not an Ortolan, this is a photo artifact in difficult light conditions): 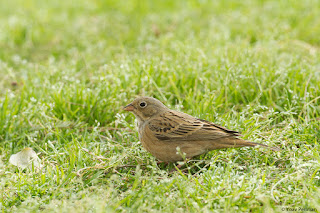 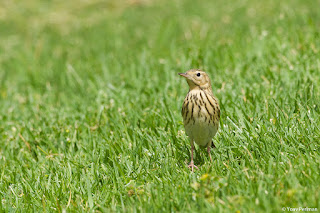 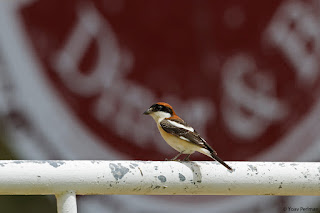 After our swap meeting at IBRCE, that was interrupted several times by passing birds I went back to North Beach. There was a constant arrival of hirundines, wagtails, shorebirds and harriers flying in low over the sea which was cool. We also had this flying fish carrying a Caspian Tern: 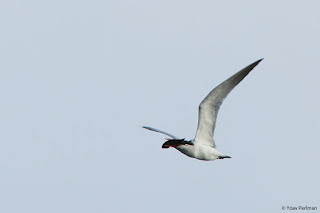 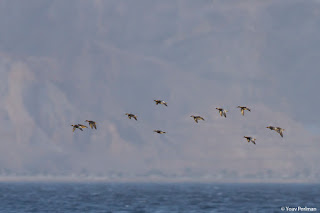 Just over an hour till the race start - good luck to everyone competing!
פורסם על ידי Yoav Perlman ב- 8:50 PM