Sitting here in Schiphol Airport waiting for my next flight back home, and my head is still buzzing with Israeli birds and people. What an amazing climax to the pre-race days. It was a tough day with high temperatures and strong winds, but there were more migrants around than in previous days. I spent the day race with teams in the field, helping teams to get on birds, to stay focused and to keep motivated. Pre-dawn I was with some teams at IBRCE. Sadly the Lesser White-fronted Goose did not roost there that night. After dawn I went up to Seifim Plains but had to stop to admire the fabulous raptor migration low over the Eilat Mts. I saw a many hundred Steppe Buzzards in few minutes - daily total counted by IBRCE team was over 40,000. I failed to photograph impressive thermals / kettles. 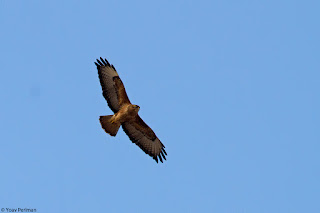 Buck Ibex not understanding what all the fuss is about 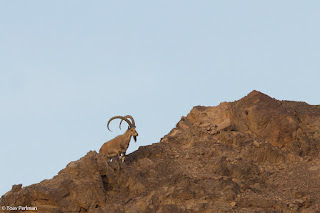 Seifim Plains were fairly quiet but we had there one Bimaculated Lark and several wheatar species. Late in the morning I went with Jonathan to Yotvata. The Turkestan Shrike settled down in a pumpkin field that was whopping with birds, mainly wheatears (lots of Black-ears) and about 50 Lesser Kestrels. The shrike looked good in sunlight rather than dust-storm light. 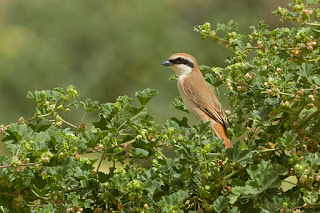 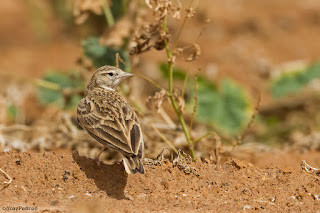 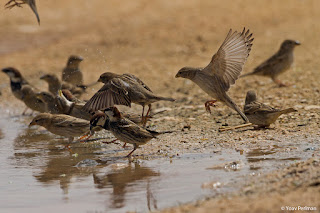 In the early afternoon I went to have a quick look at a White-tailed Lapwing that had been found near IBRCE. It looked pretty knackered in the heat, and light was very harsh for photography. Fine bird nevertheless. 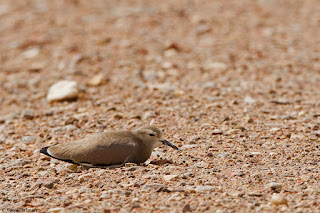 Then teams started to assemble in KM20 saltpans, picking up important species. We did our best to assist the teams struggling with time to find the key species quickly. The Lesser Flamingo was showing alright in the afternoon sunlight: 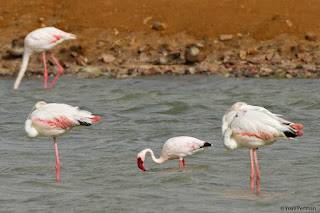 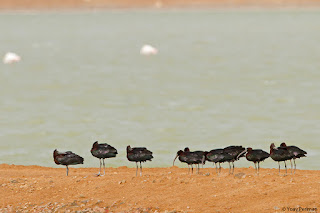 In the evening North Beach held many teams, using the last minutes of light to catch up with North Beach regulars. 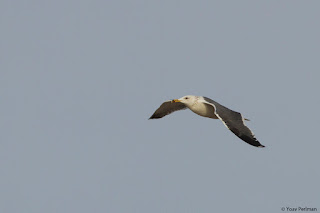 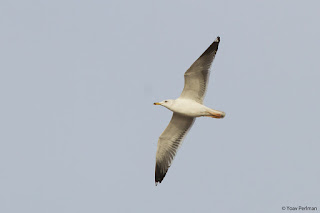 After dark some teams went for more nightbirding, but I had to attend early retiring teams and play the Bad Cop role. My night ended very late after all the teams had returned and handed in their lists. Incredible efforts!
To be continued...
פורסם על ידי Yoav Perlman ב- 7:09 PM