Headed out early with Tom and Dan to Yotvata. Weather was quite pleasant to start with. Birding was pleasant too, with fair number of 'ground' birds (larks, pipits and wagtails), several harriers cruising over the fields, and relative highlights that didn't show well in the form of Richard's Pipit, Lesser Short-toed Lark and Sibe Stonechat. Then the weather started to deteriorate rapidly. Southerlies picked up quick, and a horrible sand storm began. Just as we were about to leave the area because it became unbearable, we bumped into a - 'Hey - Turkestan Shrike!' I exclaimed first... We were as surprised as the shrike with this encounter from 5 meters - by the time Tommy and I picked our cameras up it shot off. After a tense minute of searching we found it sheltering from the storm in a bush. We secured some shots and backed off; a minute later the shrike literally blew with the wind and we thought it was gone - luckily it was relocated not far away and twitched by many. In the afternoon it showed pretty well - see Shimon Shiff's awesome photos with SX50 on Facebook. Great stuff! 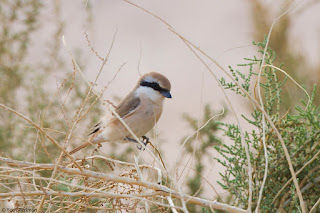 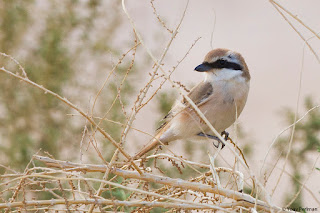 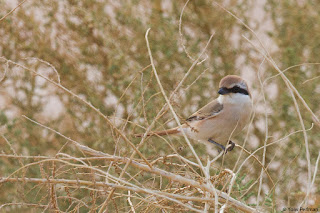 Blowing a hooley as they call it in Norfolk 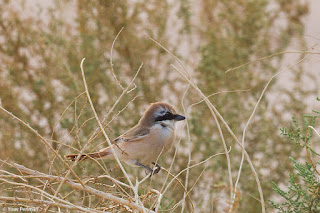 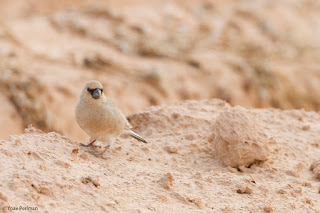 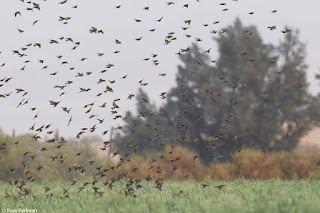 We escaped from the sand storm towards Eilat, and found shelter at IBRCE. We had a short and sweet walk there with 8 Red-necked Phals, 2 Citrine Wags and an interesting cormorant, that I can't see why it's not lucidus - more on it to follow. 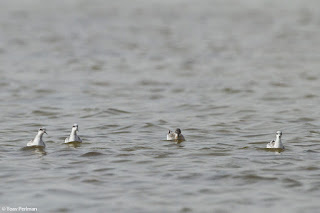 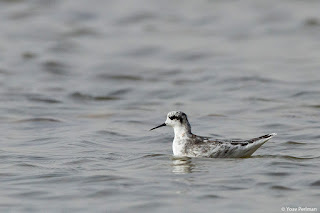 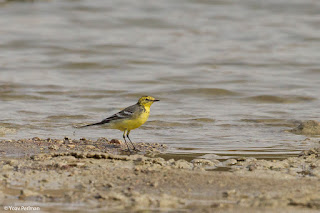 It's spring, he shouts, it's spring! 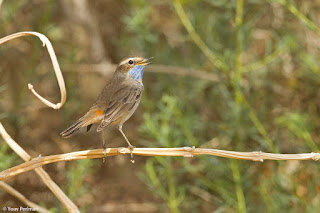 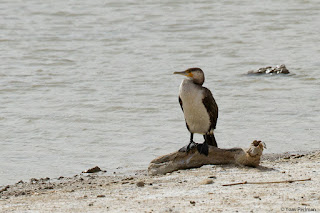 In the afternoon I drove around with Jonathan. The wind switched to northerly but was still blowing like hell. To be honest, there were very few migrants around. A quick circuit of the southern KM20 pond didn't produce much. 3 Collared Pratincoles were almost exciting. Too many birders there so we left. 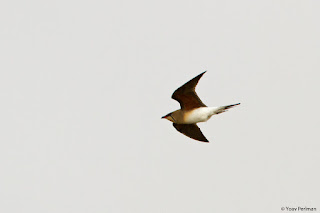 North Beach was better with Long-tailed Jaeger, and first Common Terns of the season.
In the evening another inspiring event - this time the official opening event at IBRCE (thanks for hosting!). Great spirit and enthusiasm - proud to be part of this global community.