Short-distance control of a long-distance migrant

So nice to be able to produce a post without going birding... Received nice news today - Rony Livne controlled today at Yeruham a Great Reed Warbler that I had ringed almost three years ago (31/8/10) near Nizzana. I went ringing there that day in a small green patch that attracted lots of migrants. It was a fantastic morning. Unfortunately that green patch didn't last for very long. Since then I assume this bird switched stopover sites, and chose Yeruham, which is 46 km east, as a good alternative stopover site for fattening up before crossing the huge desert barrier to the south.
46 km is not much of course, but just imagine how many kilometers this bird flew in between - it probably overwintered in the Sud marshes three winters, and bred somewhere in E Europe three summers - incredible. 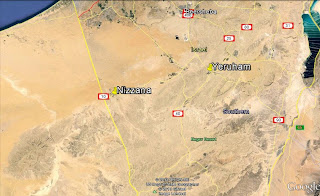 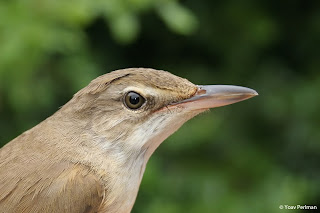