On Sunday 18/8/13 I went out on a mini-pelagic into the gulf on Itzik Cohens' boat (Itzik is a great guy and an excellent photographer as well), with Avi Meir (chum-master) and Itai Shanni. We left early but the first couple of hours were actually very quiet. We saw some terns and gulls (including possible views of last week's Arctic Tern), and one Cory's Shearwater, but nothing came in to feed on our tasty chum.
Only after we decided to call it a morning and return to shore, when the sun was already high up in the sky, we noticed many terns and gulls fishing around a small fishing boat - the fishermen were throwing out bait for the fish, and the terns were feeding on that. We had a very good time around their boat until it was too late and we had to head back.

We had about 15 White-cheeked Terns - this is an amazing year for this scarce subtropic tern. Perhaps this is a result of some serious winter floods that washed huge amounts of organic matter into the gulf, which resulted in huge production of little fish - indeed we saw enormous schools of small fish in the gulf. 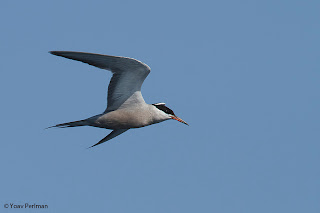 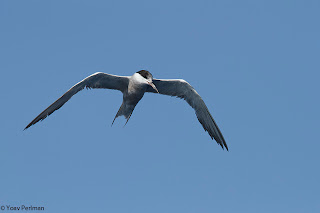 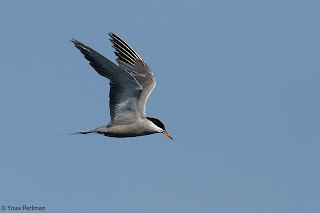 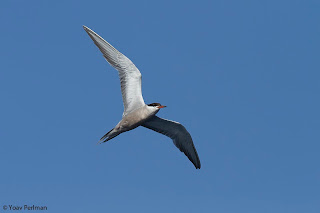 This should be a 3cy with heavily worn primaries and paler underparts: 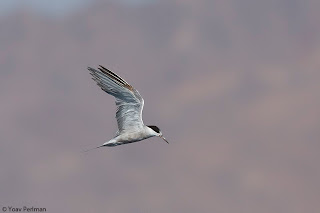 And these are 2cy: 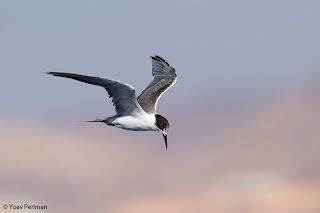 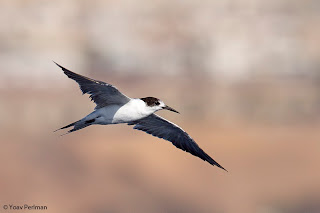 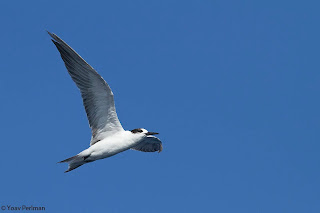 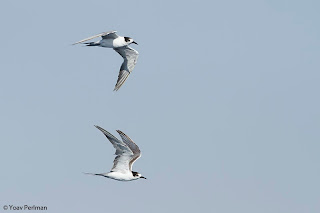 Also fishing around the boat was this Sandwich Tern: 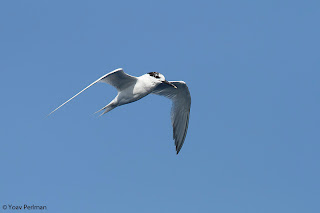 And several White-eyed Gulls. I know little about their moult - they breed late (fledging in September), and don't migrate long distances, so I am not sure whether their moult cycles fit typical northern hemispehere moult cycles.

This should be a 2nd cycle (rather than 2cy) - nice and brown: 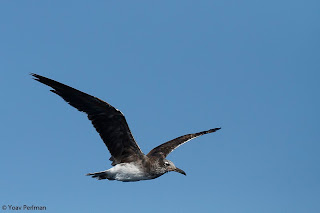 And this bird should be 3rd cycle (note dark tail): 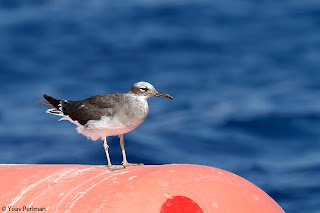 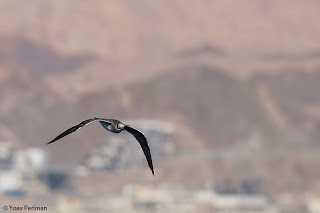 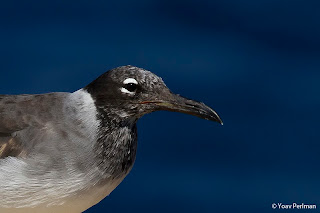 We also had a few of these awkward marine mammals: 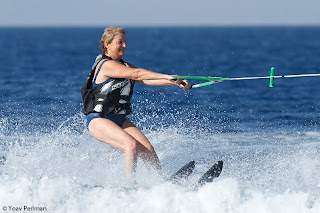 Many thanks to Itzik, Avi and Itai for this great morning. And to my wife for allowing me to escape every morning during our 'family' holiday...
פורסם על ידי Yoav Perlman ב- 3:58 PM