Today, for the first time after so long, I had time for some recreational birding, and hey - it was really enjoyable! Met up with Jonathan early and we drove off to the south. First stop at Hameishar right after sunrise.  Immediately encountered a herd of 12 Asian Wild Asses - nice views! 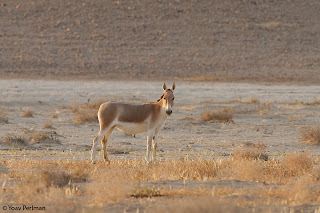 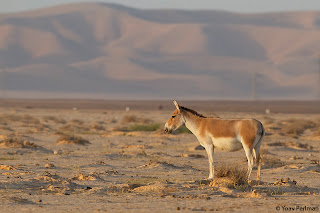 Not too many birds around at first but some walking around produced Lesser Short-toed and Bar-tailed Larks, and three Crowned Sandgrouse overhead. On the way out bumped into this family of Temminck's Larks - both parents feeding two recently-fledged juveniles. Very nice. 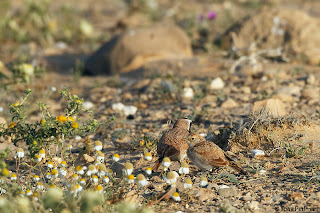 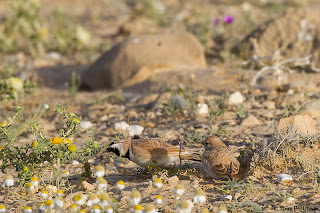 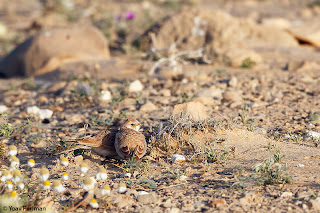 Next stop was at Neot Smadar. Still not the busiest spring ever but obvious improvement in migrant numbers compared to March. Most prominent were Tree Pipits with very good numbers (about 80-100 in two small fields). Also many Ortolans present. 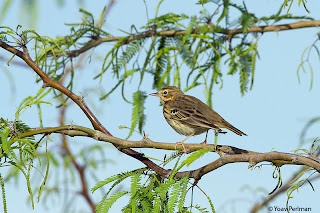 Then we headed down to Yotvata sewage, where Black Bush Robin action is at its peak. Yesterday three were seen there together, and this morning at least two showed well, maybe three. It was already hot and the birds evidently didn't have much patience for more photographers, so no spectacular images to present here, but they are always such super birds to watch. This pair was busy in what I interpret as breeding activity - singing, territorial behaviour, displaying etc. 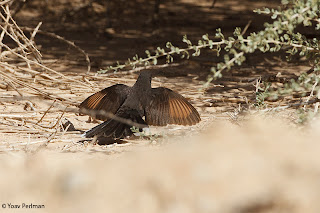 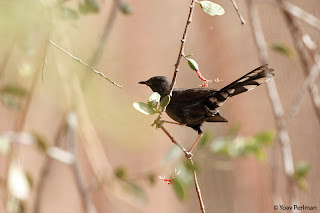 On several occasions I heard the female give a very peculiar call - perhaps alarm call. Didn't manage to get a proper recording unfortunately; here's something:

There were lots of other birds at the sewage ponds and adjacent acacia scrub - many Yellow Wags, various shorebirds, Squacco Herons, many shrikes, nightingales, Rufouns Bush Robins, one male Collared Flycathcer etc. 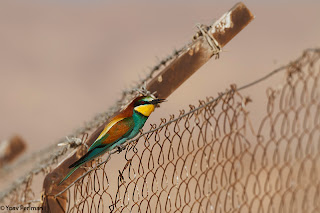 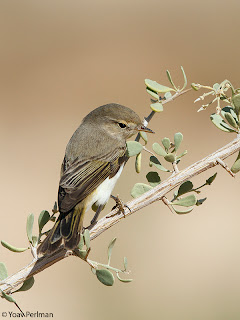 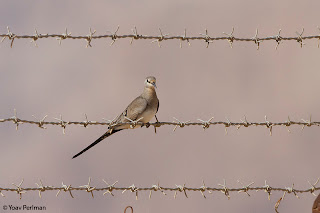 Overhead impressive raptor migration was happening - mainly Steppe Buzzards of course but some other bits and bobs, including my first Honey Buzzard of the season and this Booted Eagle: 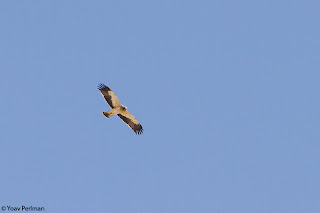 Then I continued to check some more smelly sewage ponds, that produced nothing too interesting. At Ketura a Great Reed Warbler, many Redstarts, nightingales etc. 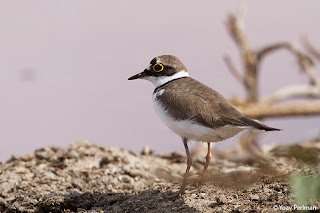 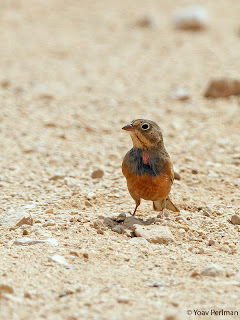 Then I went to Lotan for a couple of meetings. This Hooded Wheatear greeted me on my way in, giving Lotan very good PR! Good to meet Gary and his team who had just arrived. 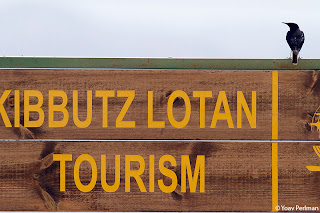 Inside Lotan still pretty quiet but a long-staying Semi-collared Flycatcher showed rather well: 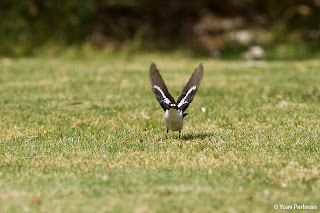