On thursday I had half an hour between meetings and had a quick look at my ringing site in Ashdod, hoping to photograph a crake or two. Not often I bird at my ringing site, usually I ring there, so it was great just to walk around, watch and listen. When arriving on site I witnessed an amazing fall of migrants, with hundreds and hundreds of warblers, pipits, buntings, shrikes, flycatchers, sprossers etc. right inside my catching area, feeding and drinking along my net rides. If I were ringing there that morning I would have had a peak morning (or not, depending on Mr. Murphy). Oh well, next time.

Today I got great news from Poland - Mariusz Dąbek read one of my colour-ringed gulls (U0JD) on a rubbish dump near Sulisławice! I am especially happy as this is perhaps the most interesting and controversial gull I ringed ever. This is also the first international recovery of an Israeli-ringed gull.

I ringed this bird at Ashdod on 10 January 2010 as a 2cy (hatched 2009), together with Amir Ben Dov and Francis Argyle. We trapped only two gulls that morning, but this bird was really worth all the effort. 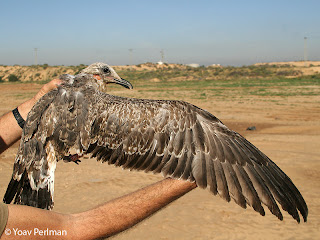 U0JD has its own special page on gull-research.org where you can see very nicely how it matured winter after winter. When we ringed it we first identified it as fuscus, but as it matured we figured out it's in fact a heuglini. But at the moment it is still labelled under fuscus - hope Mars will correct this soon.

It returned again this winter, and these are Amir's stunning images just before it migrated north, on March 26th 2013: 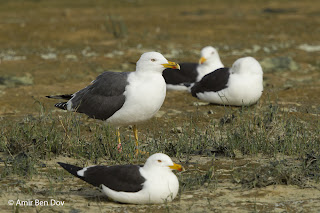 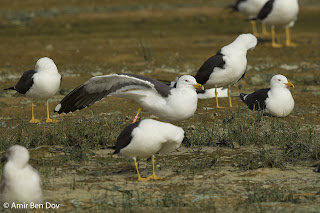 I wonder what's the status of heuglini in Poland. I am sure this bird will create some interesting ID discussions.

Many thanks again to Mariusz for this great find! 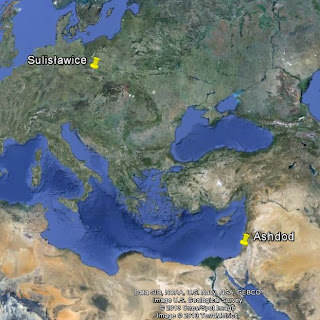