I'm birding in the rain

Unusual weather today - it already felt like summer was here, but now we have a serious weather system hitting us. Lots of rain today, cold and windy, so tried some seawatching at Ashkelon first. Wind was too southerly so few birds but still had one 2cy Gannet, 1 distant 'Cory's' Shearwater, 1 Common and several Sandwich Terns, and some distant gulls.
Then I went to Ashdod ponds. Still quite many gulls, about 100 large gulls. Mainly 80 fuscus, with fewer heuglini, armenicus, michahellis and cachinnans. Only one (Norwegian) colour ring. Then I found an injured baltic just as it started pouring again. The gull swam into one of the smelly ponds, and I went after it in my undies. Had a great time (rain + sewage = fun) but eventually caught the gull. It had a Finnish metal ring on. Must be an old bird. I took it to the NPA wildlife hospital. Unfortunately it was in a very bad state (ugly tumors all over its face and inside the throat) and the gull had to be put down to sleep. Poor bird. 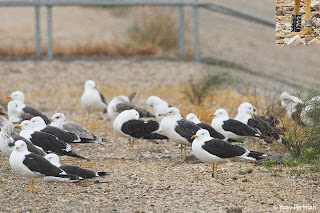 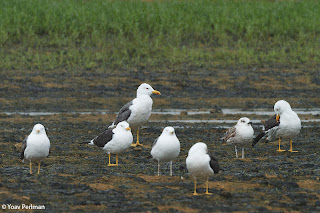 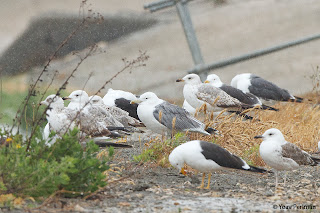 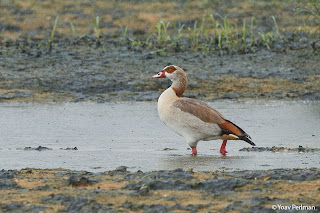 In the evening I was invited to watch the release of a female Striped Hyena. It was found a month ago by my neighbour after it was trapped in a noose trap laid by a Thai worker. It was badly injured and was taken to the NPA wildlife Hospital for treatement. It recovered well and was released today back into the wild, not far from my house. When found it was lactating, so sadly its cubs are gone, but it is encouraging to see such a majestic animal recovering and returning to the wild. Respect to the wildlife hospital team! It was almost dark when it was released hence the blurry shots. 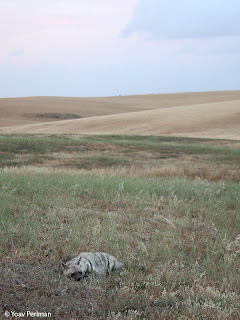 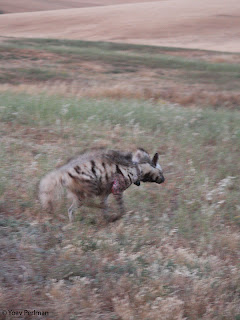