Today I went with my team to survey Mt. Dov, which is a part of Mt. Hermon rarely visited by civilians. This is an extremely sensitive military area, and we were very lucky to get the chance to survey the rich habitats there. The military patrol escorting us was very cooperative and helpful, which was very good.

The first couple of hours in my box were extremely good with lots of birds and many species, and I documented lots of breeding activity. As everywhere in the lower elevations of Mt. Hermon, most dominant species were Lesser Whitethroat and Sombre Tit. I was happy to see two Black-headed Buntings - fresh arrivals, and always great birds to see: 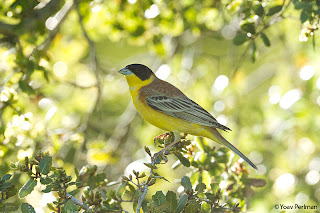 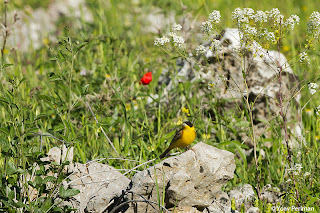 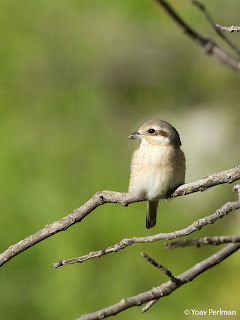 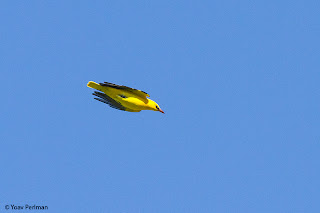 Just as we were about to leave we spotted a male Irania (White-throated Robin) - I saw it only briefly but heard it singing. I was very happy to find this rare breeder so early and rather low.

Other animals included again Levante Fan-fingered Gecko, a huge Medium Lizard (Lacerta media) that disappeared before i was able to photograph it, and feces of Wolf and Beech Marten.

Many thanks to Dudu for his help and company.

Mystery Chiffchaff update: this afternoon Noam and Amir Ben Dov returned to the site where we had them yesterday. They found a staggering 10 singing males, and had better views that what we had yesterday.I cannot open Amir's RAW images on my computer, so his much better images should be online in a few days. Looking good.