This morning I went to survey the slopes of Mt. Amasa, near Arad. It's the southern tip of the central mountain range of Israel, and it's quite high - about 900 m ASL. This is a very interesting ecotone, where the Mediterranean zone and the desert and steppe habitats of the northern Negev meet. This leads to an interesting bird community - Mediterranean, steppe and desert species. It is very interesting to find two true desert birds - Scrub Warbler and Desert Lark in such a high altitude habitat - a week ago there was snow there!
Anyway, when I arrived on site at first light the wind was so strong I could hardly open my car door. I almost left the door closed and drove back home, but eventually decided to give it a try. For the first two hours I saw almost nothing, as the wind was blowing so hard. But later on the wind slowed down considerabely and I saw quite a lot of stuff. The most obvious and noisy birds on the barren slopes were Rock Sparrow - I had about 50 birds, many in pairs already. They are very vocal and mobile, but eventually I managed to get one semi-decent shot:
Rock Sparrow 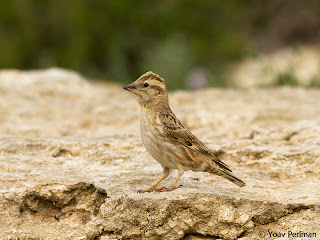 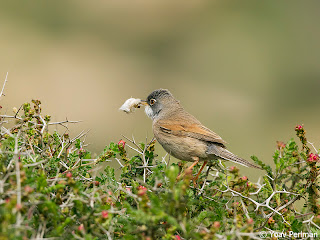 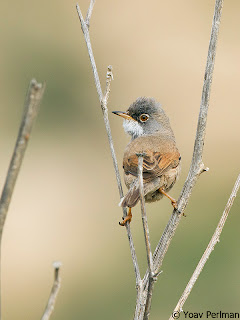 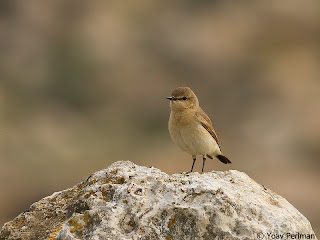 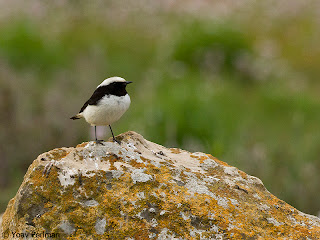 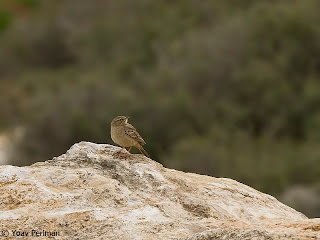 After the wind died migrants started showing in very large numbers with some good stuff. Especially impressive was swift migration with tens of thousands going through in an endless stream. In this stream I saw all four spcies - common, pallid, alpine and little. In the foothills large flocks of Greater Short-toed Larks were flying around, mixed with a handfull of Bimaculated Larks. There were tens of Cretzschmar's Buntings around, and I found a very mobile group of 5 Cinereous Buntings. Didn't manage to get even a record shot of them. This is typical habitat and date for them but good birds neverthless.  Apart for that some more nice migrants - 2 Eurasian Crag Martins, Rueppel's Warblers, Tree and Tawny Pipits, Common Redstart (not Ehrenberg's - pretty early record) etc.
Cretzschmar's Bunting - male 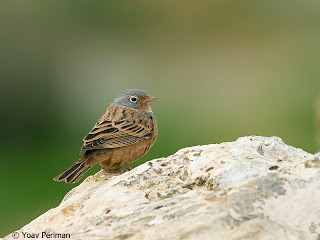