Last full day of Festival birding for me - tomorrow I'm going home. This was yet another action-packed day. After a short sleep started off to check the I-max park in the city. It was very birdy with lots of friendly birds. Ortolans have almost outnumbered cretzschmar's by now.
Ortolan - male 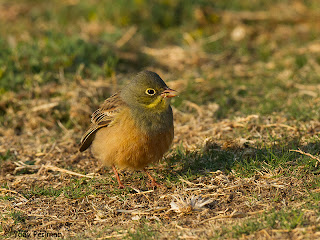 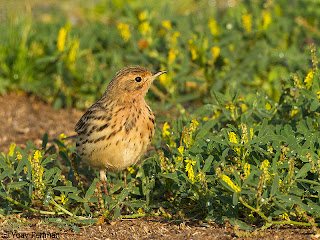 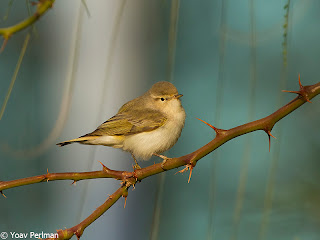 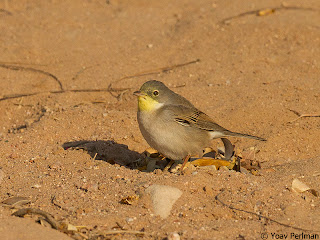 Tristram's Grackles are not that common inside the city: 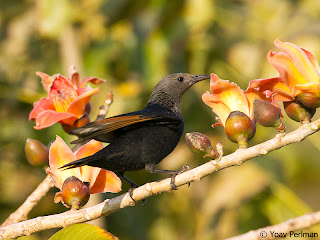 Then continued to Holland Park where I met up with Barak, Tuvia, Oz, Dick Forsman et al - millions of birders all over the place... The flowering Capparis decidua bushes attracted lots of Rueppel's Warblers among other commoner sylvias. Also one more female Cyprus Wheatear.
Rueppel's Warbler - male 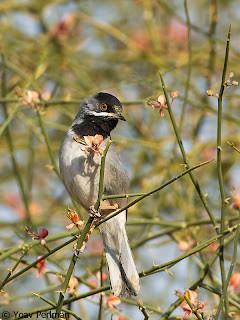 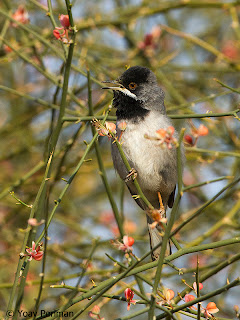 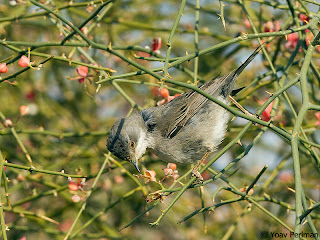 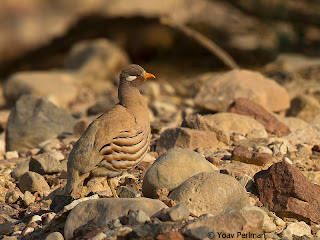 At the IBRCE pond a nice flock of 14 Red-necked Phalaropes: 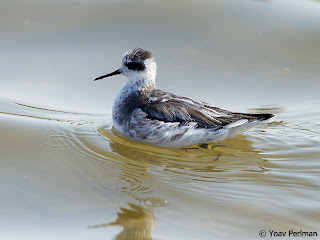 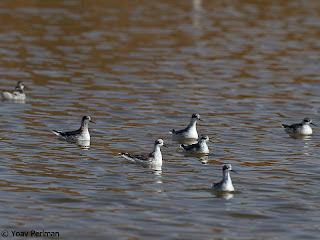 In the afternnon led a nice tour. Started off at north beach; not too much about - 1 White-eyed Gull, 1 Brown Booby and a flock of about 2600 ducks (Wigeon, Shoveler, Pintail, Garganey) out at sea.
Made our way slowly north and ended up at KM20. Things began rather slow but then got a phone from Barak who had just located two modestus Great Egrets - very striking birds with dark bill, green face and red legs - one bird had complete red legs, the second had half-red half-black. Cool find by Barak - about 3rd record of this E Asian form in Israel, if accepted bla bla bla.
'modestus' Great Egret 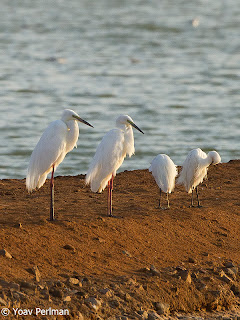 While twitching it with all the guys we saw this 2cy Med Gull: 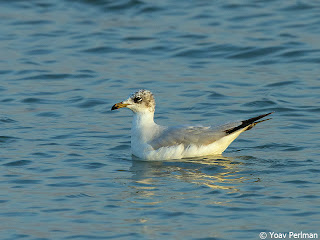 Now I must complain a bit. Yes, it's been a fantastic week. Yes we've had an unbelievable influx of rare wheatears. Migrant numbers are like in the good old days. But what about a proper mega? During the last week we've all been messing about with forms, races, morphs and such. Not quite the real thing. Tomorrow is my last morning - the last chance for something decent to show up. Keep your fingers crossed for me, will ya?
פורסם על ידי Yoav Perlman ב- 10:21 PM