This morning I went with Re'a and Meidad to give the 'rarity sites' in the high Negev Mts. another chance. We started off at Sde Boker. Lots of birds but nothing better than 1 Brambling. From there we continued to Mitzpe Ramon sewage. Very quickly we had a brown, streaked bunting - but alas it was a Reed Bunting. That's a very good bird for this region, but we were hoping for something more exotic.
We continued scanning the trees and bushes, when Re'a found a wing-barred Phylloscopus. I got on to it quite quickly. It was rather shy and very mobile, but we got reasonable views, and heard it many times. It gave the classic humei call - "dooip", like a drop falling on water. I managed to get some record shots, all into the sun that give it a very contrasting look, much more than it was in the field. Good bird!
Hume's Warbler Phylloscopus humei
Rather faint wingbar on GC, very faint wingbar on MC: 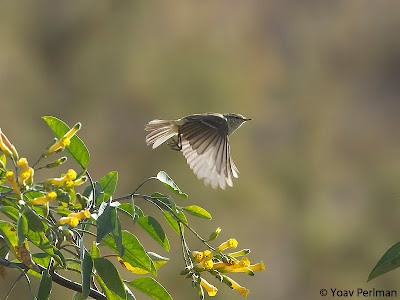 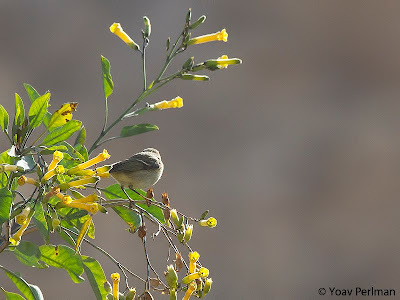 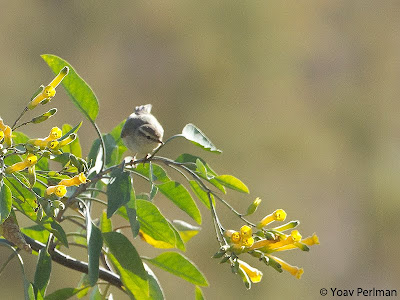 Some pale at base of lower mandible - seen from below: 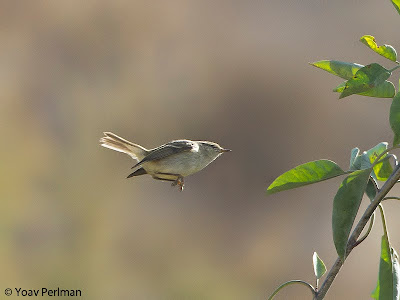 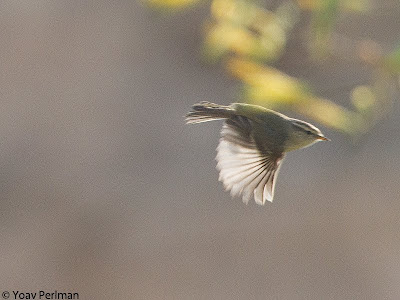 After an hour or so of trying to relocate the bird and only hearing it for a couple of times, we moved on. We had a look at the Mitzpe Ramon park for the ochrorus Black Redstart I had had there two weeks ago, and were surprised to find a different, striking Black Redstart. This bird has a very prominent wing patch. However, this bird is too striking to be anything else than an Eastern Black Redstart. It has so much orange on the belly, sharply demarcated against a grey band across the lower breast. The mantle is very dark, and extensive black on the face and throat. Very interesting bird that needs more studying. 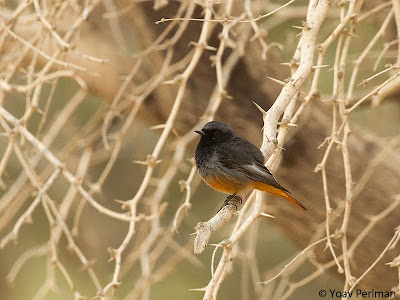 When we arrived at Nafha it was already pretty late and hot, thus we were very surprised to bump into this stunning Wolf, walking out in the open, quite indifferent to our presence. It has acquired an impressive winter coat already. My best ever views of a wolf. 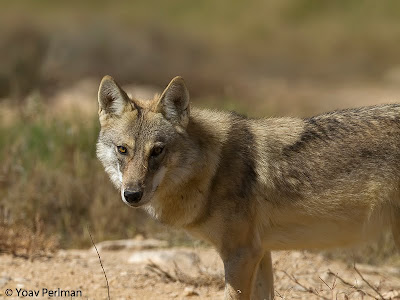 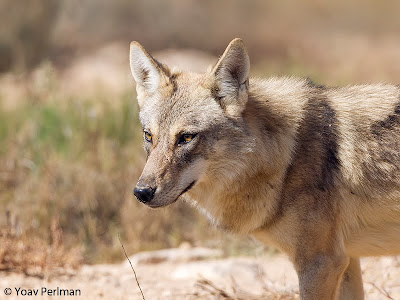 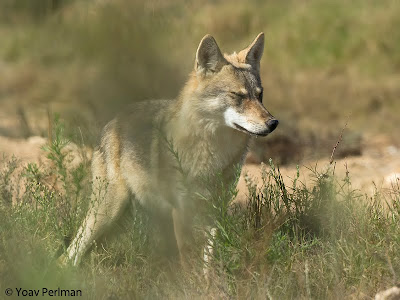 Birding was quite good, and we regretted for leaving this site last for this morning. I had very brief flight views of a 'black thrush', that was either a Ring Ouzel or a Blackbird. I got the impression of paler wing flashes, and it gave a very thrush-like call, unlike a Blackbird. However it disappeared, and despite intensive searching (an ouzel would have been a lifer for Re'a) we never saw it again.
Lots of Mourning Wheatears today: 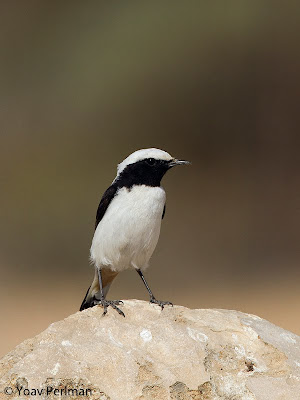