Yet another fantastic day with the perfect combination of good birds, large, colourful birds, and great weather and scenery.
We started off in a site overlooking Lake Kinneret (thanks Meidad). After some searching we found a couple of Long-billed Pipit, that showed very well. While searching for them we had 4-5 Finsch's Wheatears, 3-4 Blue Rock Thrushes and a Little Owl.
Long-billed Pipit 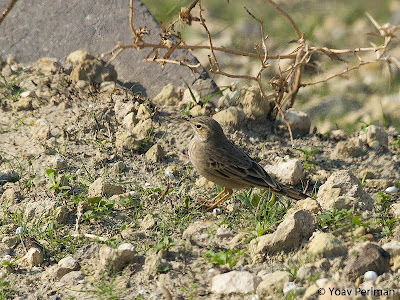 Then we continued to Bet She'an Valley, where we checked some fields and fishponds. It was quite spectacular with many thousnads of birds all over the place. Gulls, kites, storks, pelicans, cormorants, herons, starlings - just spectacular. Some good birds we had there included two Oriental Skylarks (crap views of flying birds), Common Rosefinch, Steppe and Pallas's Gulls. This dark morph Marsh Harrier was a cracking bird:
Marsh Harrier - ad. male, dark morph 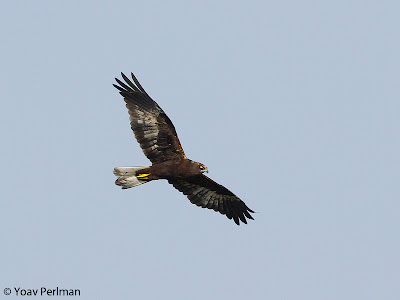 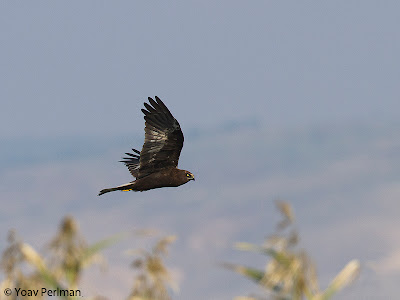 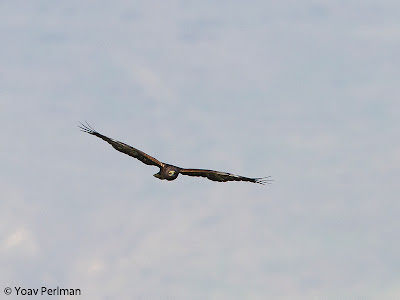 This stunning Black Kite was hanging around amongst the thousands of normal kites: 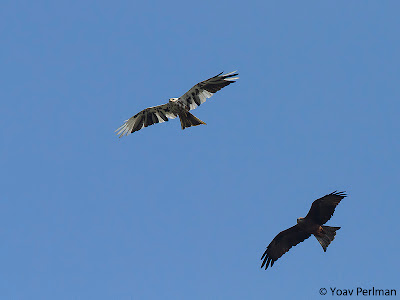 We had good numbers of Caucasian Stonechats: 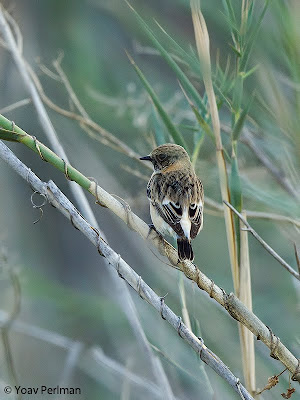 Lots of Pygmy Cormorants were flying around: 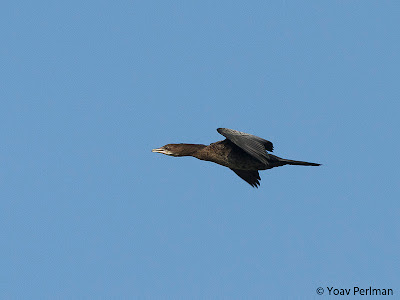 About 20 Whiskered Terns were doing their thing over the ponds: 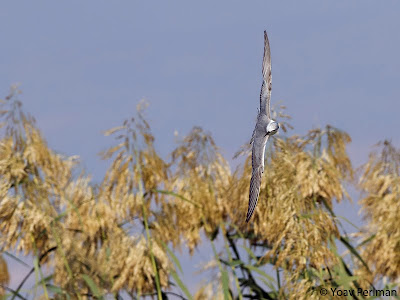 White Pelicans against the mountains of Jordan: 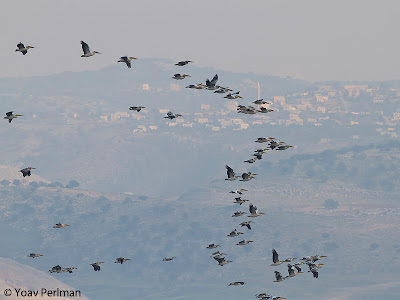 We spent the late afternoon at the awesome harrier roost in the Hula Reserve. It was absolutely great, with about 40-50 hens, lots of marshes and a few pallids. 3-4 Merlins added to the fun. Great way to end the day - at one moment we estimated about 150,000 birds up in the air.
פורסם על ידי Yoav Perlman ב- 6:33 PM