Today I went with Jonathan to bird some of the best sites in the C Negev. We weren't expecting any fantastic experiences, as other birders who had visited the region over the weekend reported very few birds, but we still had some hopes for a goodie or two.
We started off at Mitzpe Ramon sewage. As we drove in we surprised a huge Striped Hyena from a very short distance - what a beast! I was driving but Jonathan managed to fire off a few record shots of the animal running away. This got some adrenalin pumping, but soon we realized that birding was very slow indeed. This site held very few birds; 1 Red-breasted Fly and that's it as far as decent birds are concerned. No sign of a probable Pied Wheatear reported there yesterday. On the way out we checked the park by the entrance to town; it held a male ochrorus Black Redstart, possibly a returning bird from last winter: 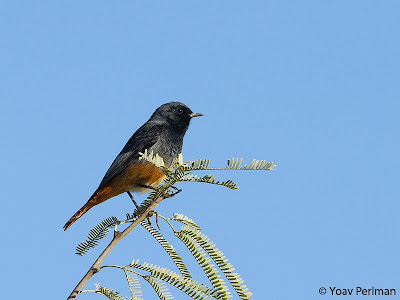 We checked the sewage ponds near Bahad 1; this used to be one of Israel's top birding sites, and has a fantastic rarity list. Now it's gone - totally dry and overgrazed; we had about 3 birds there in total. We then spent the rest of the day in a nostalgic (or even pathetic) mood, reflecting on all of the good birds we had seen here and there, and how once everything was so much better than today. But that's how autumn birding has always been in the south, really slow until you stumble upon a good warbler or bunting. But not today.
Nafha sewage and orchards were a bit more birdy that other sites. We added another two Red-breasted Flys, and the famous pair of Golden Eagles put on an appearence - such impressive birds! More images will come tomorrow. 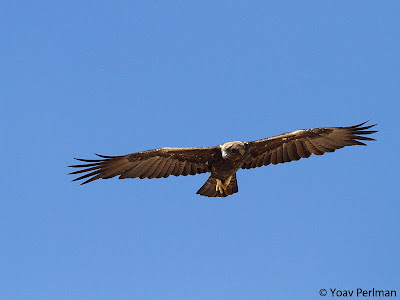 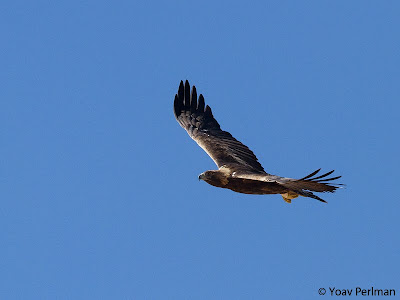 We then drove to Nizzana, where we first checked the Kmehin sewage. It was very quiet there as well; the only birds of interest being 1 Eurasian Curlew and 1 Caspian Stonechat. 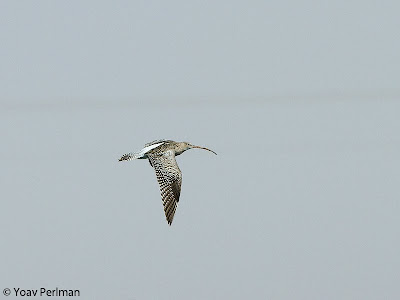 A visit to Be'erotayim grove killed us terminally. It was so dead we wanted to die ourselves. On the way out we found this unlucky lilith Little Owl; it was hit by one of the very few cars that drive to Ezuz every day. It had some kind of head injury, we took it into care and from what I heard it's feeling better this evening. 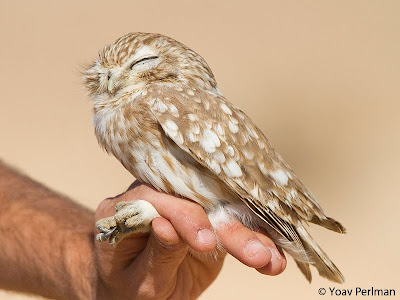