Yesterady a big storm hit us, and it must have knocked down huge numbers of migrants. This morning I went ringing at Ashdod, and as it turned out we were at the right place in the right time. We had a massive fall of Chiffchaffs, and we worked pretty hard this morning to handle them all (184 chiffies in total!). It was an impressive sight to see the bushes swarming with chiffies, like mosquitoes. We must have had several thousands at the ringing site.
The best bird among them was a Yellow-browed Warbler. Unlike in the UK, it's still a good rarity in Israel, with less than 5 a year on average. The last week has been good for them with four recorded, three of them ringed. This is my first at Ashdod, and my second good phylloscopus after the Green Warbler in June. Great little bird!
Yellow-browed Warbler 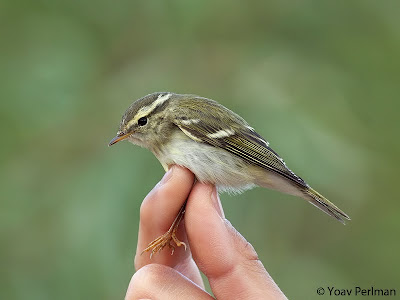 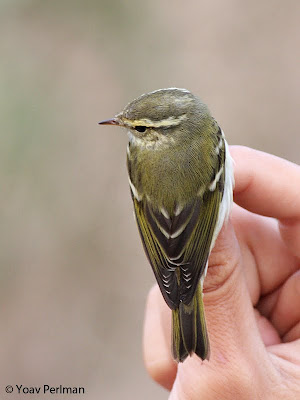 There were lots of other birds apart for the chiffies. This apparent 'fusca' Savi's Warbler was a tricky bird. I got it mixed up with River Warbler at first, but after a closer look at the images and discussing its ID with others, I agree that it's a savi's.
Savi's Warbler 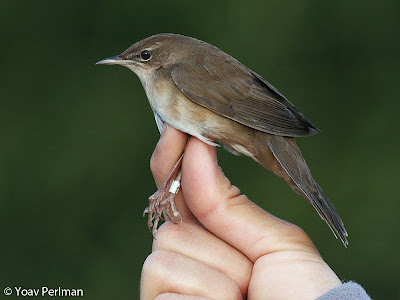 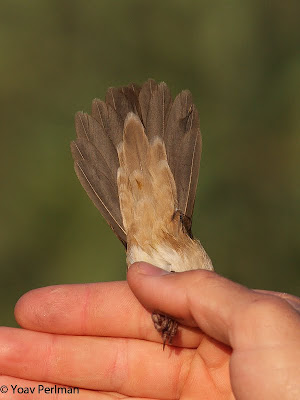 Penduline Tits returned to my site, and we caught a few: 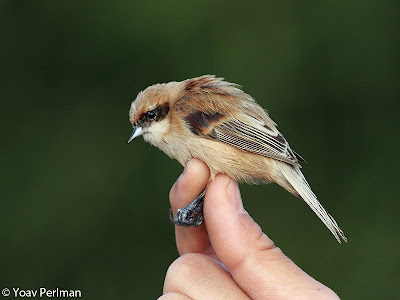 Other good birds we had in the field were a late Nightjar when we arrived early in the morning, and a Reed Bunting.
Many thanks to the excellent team that helped me through this big day without any pressure at all: Re'a, Shlomo, Carmel and Miriam.
Happy Re'a 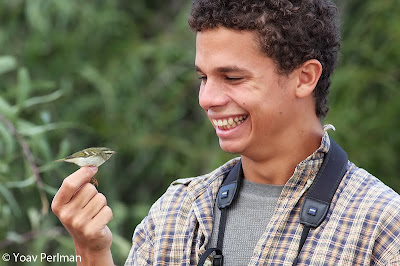