This morning I had some time to look at gulls at Ashdod. Numbers are building up for the 'winter' (30º C!), but with very few Baltic Gulls (30-40) I had only one very familiar colour ring.
Siberian Gulls were very dominant, with about 150 - second commonest gull after armenian. This adult (male?) is in typical moult stage, with P7 to P10 unmoulted, and S1 growing. Look at this amazing eye! 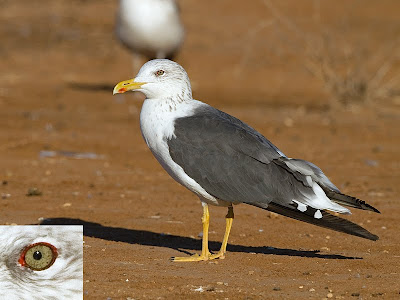 The same brute taking off: 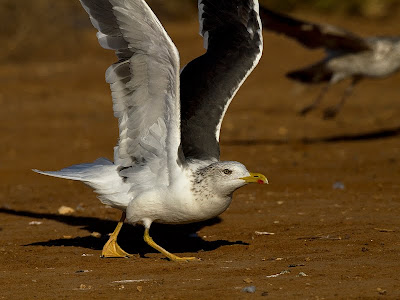 Another, smaller and more delicate bird, a female? 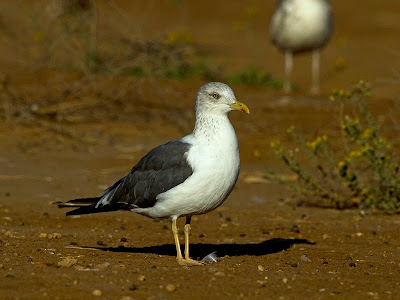 It was bitching at every gull nearby: 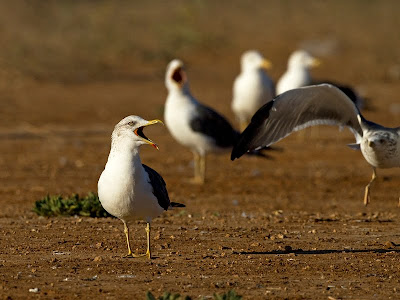 This Baltic Gull was very aggressive too: 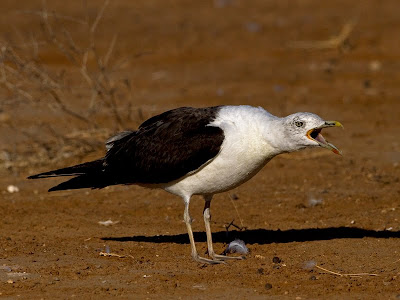 I spent some time enjoying the tracking abilities of the 7D AF system, and I am pleased with these images of low, fast-flying gulls against a cluttered background:
Siberian Gull 1cy 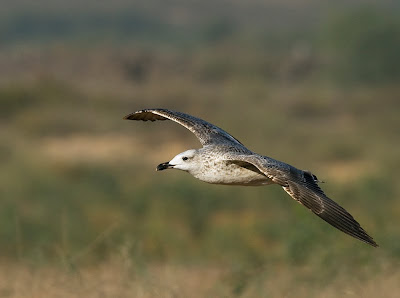 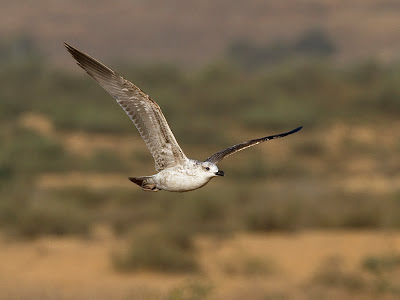 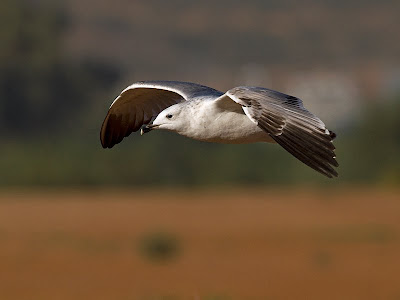 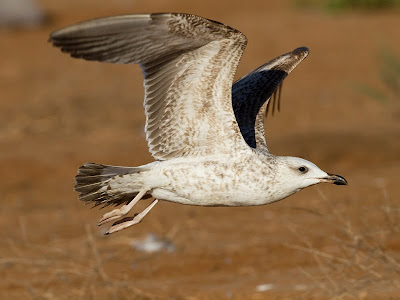 I had my first Caspian Gulls of the season - 2-3 adults and another 10 or so 1cy's. I also had a Steppe-type Gull, but no images of it.
On the way back had a quick look at Ayalon and Hulda resrvoirs, that produced 193 and 340 White-headed Ducks respectively, and a few Ferruginous Ducks and Black-necked Grebes in each.
White-headed Duck 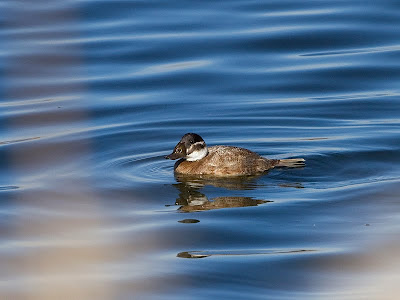 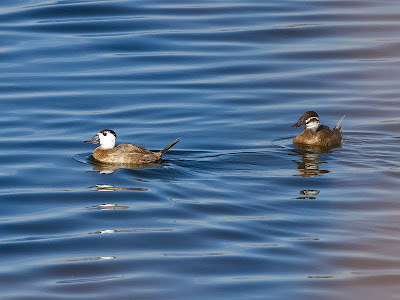