The gulls are back

Beware: this is going to be a long post, which is surprising bringing into account the crap images. I appologize to all the gullophobes, but from now until March this blog will be flooded with gull stuff.

This morning I had some time between meetings to check the Ashdod ponds. Eventually this was not enough, as the ponds were packed with birds. On the way in I saw some Baltic Gulls sat near the rubbish dump, in classic poses: 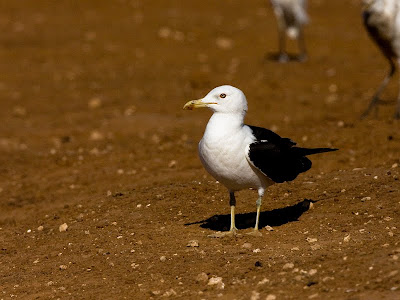 In the ponds themselves I had 50 adult Baltic Gulls in one group: All gulls were in a similar moult stage, with P1-2 or only P1 replaced, all the others unmoulted: 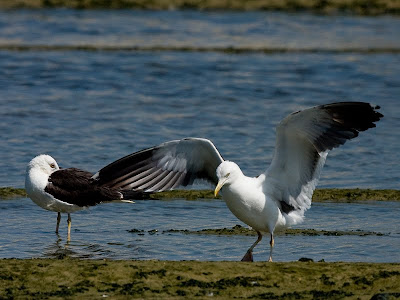 Among the baltics I had one juv. Armenian Gull and my first Siberian Gull of the season - a large, powerful bull: 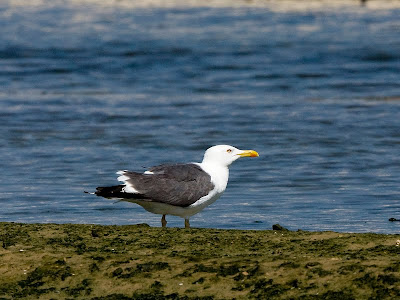 It showed the typical suspended moult of this form. It had P1 to P6 moulted, and P7 to P10 unmoulted. Interestingly, its right wing was much more worn than its left wing (see worn primary tips in above image). It is quite difficult to see the moult in this image but I checked it well in the field. 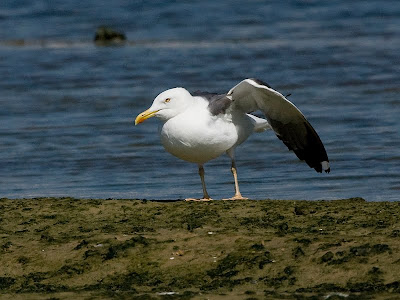 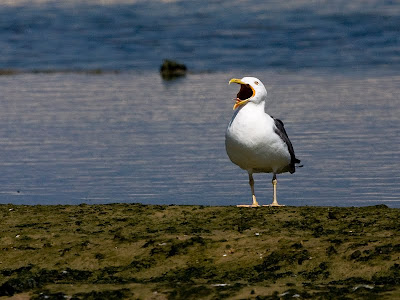 I was happy to find our first ring of the season, CV21 which is back again for its fourth year, this time earlier than ever. Here is an image of it from last year. 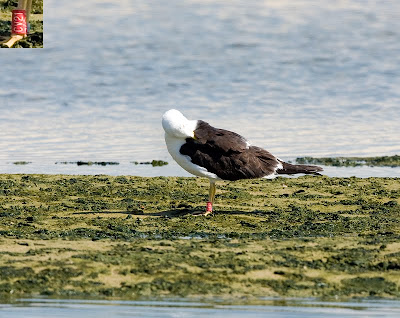 There were tons of waders, with hundreds of Ringed Plovers, Little Stints and different tringas.
Ringed Plover - 1cy 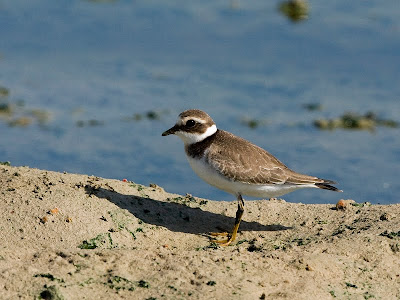 Many of the stints were juveniles, with their crisp rufous-fringed plumage.
Little Stint - juvenile 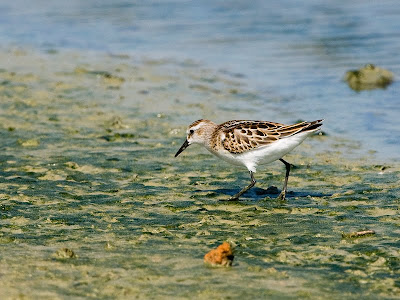 There were about 10 Temminck's Stints, this adult already in full winter plumage: 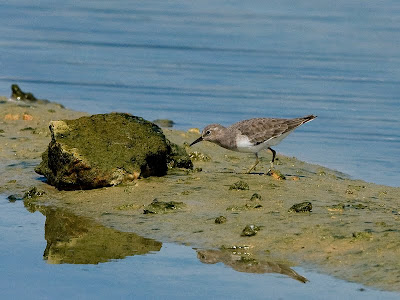 I tried really hard, and scanned the waders again and again and again, but could not produce anything more interesting than single Broad-billed and Curlew sands, and a Turnstone. No sharp tails, no buff breasts, no long toes, no red necks...
Among the tringas, Marsh Sands showed in pretty good numbers, about 15: 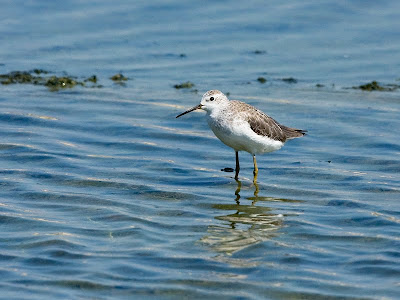 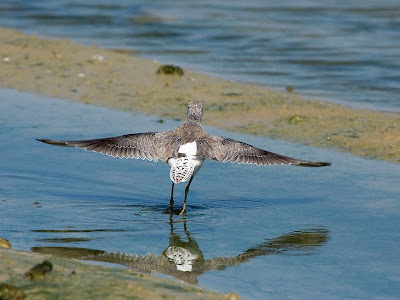 I even tried to turn this Squacco Heron into an indian pond but even that didn't work: 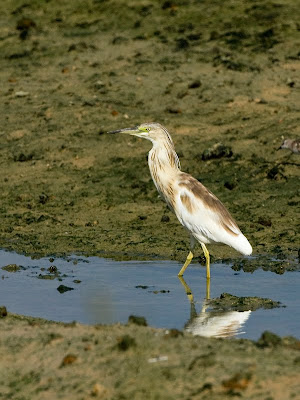 There were good numbers of Turtle Doves on the move, many coming down for a drink in the ponds. 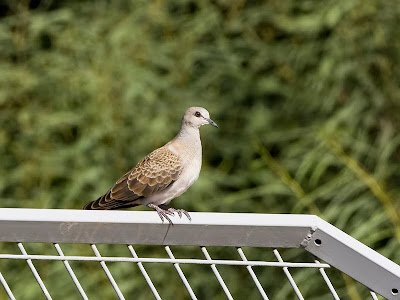 Good numbers of passerines were present too, mainly Yellow Wagtails and Willow Warblers. This is an adult male feldegg which is still the commonest form: 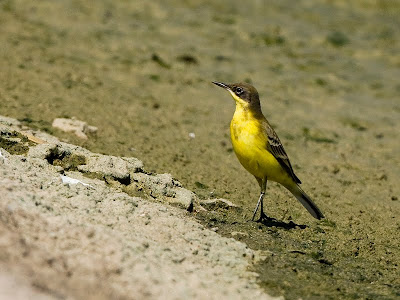 And this is a 1cy feldegg (note the difference in greater coverts pattern from the adult above): 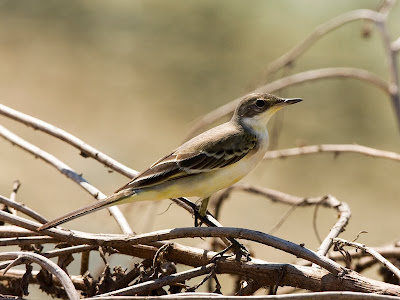