This morning I went ringing in an alfalfa field near Nizzana, where the Black winged Kite has been hanging around for almost two weeks now. I was joined by Ron, Elon, Darren and Nimrod. Ringing was busy and with good variety, more about it below.
Anyway, the kite showed up just as we finished setting the last net, and immediately started hovering over the field. 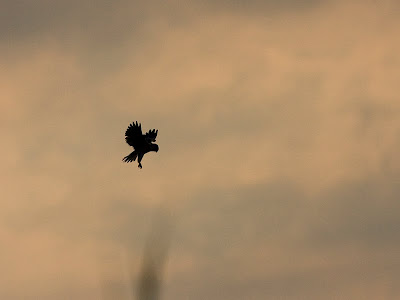 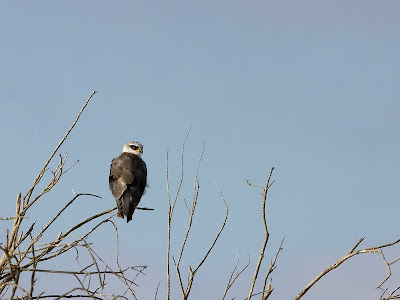 Soon it discovered our mistnets and was very pleased with the new perches we erected for it in the field: 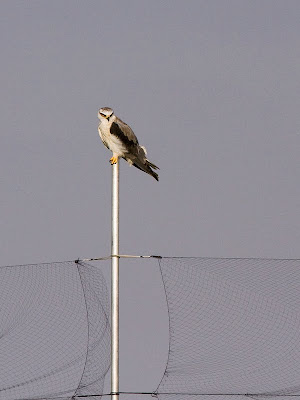 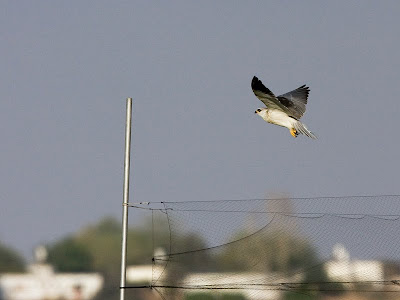 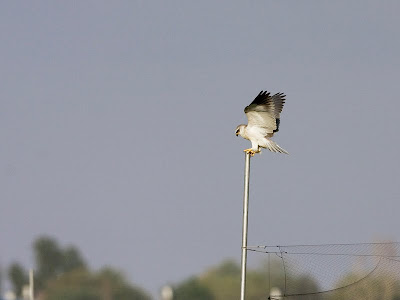 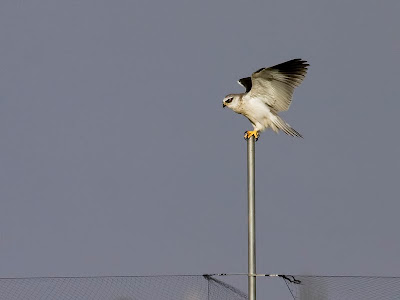 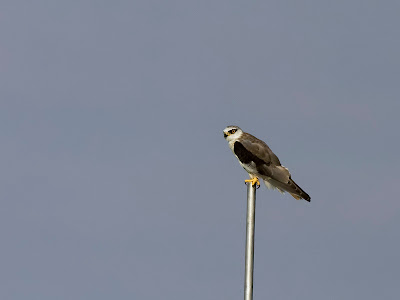 It is such a great bird. Even though I've seen it a couple of times before in Israel, it's always a fascinating bird to watch. Its' hovering and gliding are so unique.
So as I said ringing was good, with 145 birds in total. Nothing groundbreaking but lots of good stuff. Most impressive were Marsh Warblers - we had 16 birds, which is possibly a national record (Hadoram mentions 14 in his book from the 1980's), almost like Ngulia... We had many Reed and Sedge, 12 Savi's, and 16 Willow Warblers. Out of the 24 Yellow Wagtails, four were beema with a very broad white supercilium, pale ear coverts, very white below and rasping 'eastern'-type calls. Other birds of note were three Isabelline Wheatears and a Garden Warbler.
Isabelline Wheatear 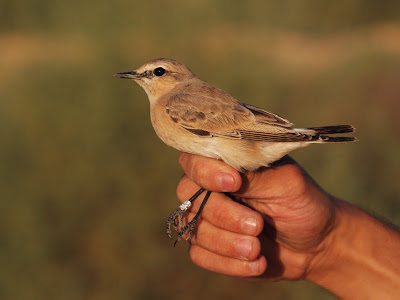 While ringing we couldn't ignore the hundreds of sandgrouse that came in to drink in the nearby ponds. Among all four species, 40 or so Crowned Sandgrouse were nice. Three Tree pipts were flying around, my first for the season. After ringing we had a quick look at the ponds after the sandgrouse had finished drinking. The ponds produced three Collared Pratincoles, a Temminck's Stint and three Namaqua Doves.
What a terrific day, and thanks to all the guys for the hard work!
פורסם על ידי Yoav Perlman ב- 7:14 PM