This morning I did one of these night-and-day adventures again, that began with frustration but ended as a pretty good day. I went ringing in my ponds at Ashdod with Shlomo; we arrived at 02:30 and started setting the nets up across a muddy and birdy pond. We caught no shorebirds at all during the night. There was quite serious cloud cover that reflected much ambient light, and the birds must have been able to see the nets. It was bizzare though to catch at 03:30 a Marsh Warbler and a Red-backed Shrike!
At first light I spotted a Bar-tailed Godwit very close to our nets. The bird was not there the previous afternoon and must have arrived during the night. It was a patch tick for me, so I was very happy with it. I waited for the sun to rise, and went to get some images of it before trying to catch it. The bird was completely fearless, and I could approach it to the close-focus distance of my lens. 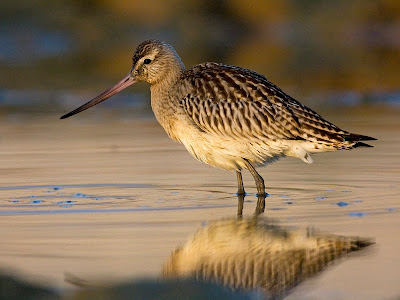 It was feeding like crazy and hardly lifted its head up out of the water. Most of the time it looked like this: 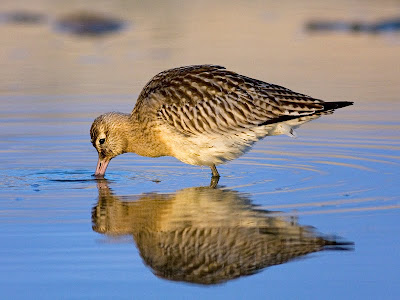 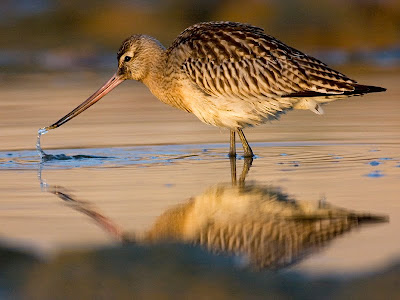 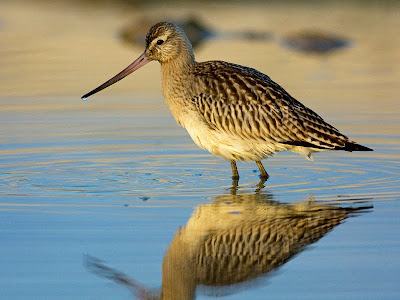 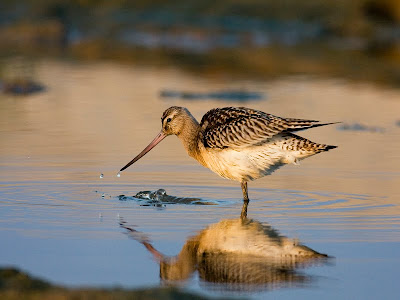 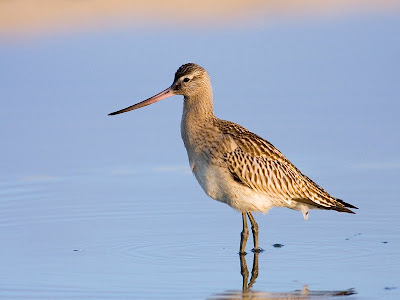 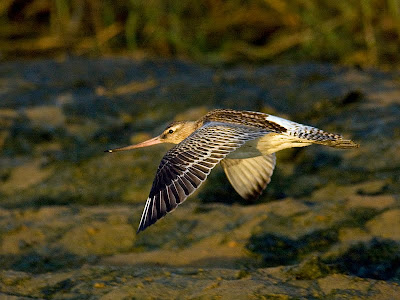 After I was satisfied with my results, I flushed the bird into my nets quite easily. Bar-tailed Godwit is quite a rarity in Israel, with about 5 seen annualy. This autumn seems to be pretty good for this species, with about 5-6 seen already. I think it has never been ringed in Israel before, so this is potentially the first ever ringed in Israel. The bird was extremely light-weight, only 160 gr. I hope it feeds well and fast as it must be in a very bad physiological state at the moment, explaining its lack of fear (in 2008 I published a paper with Ido Tsurim showing that hungry Steppe Buzzards during stopover are fearless compared to healthy buzzards). But nevertheless it was a great bird to ring, very beautiful and special. It was a juvenile in immaculate fresh plumage. 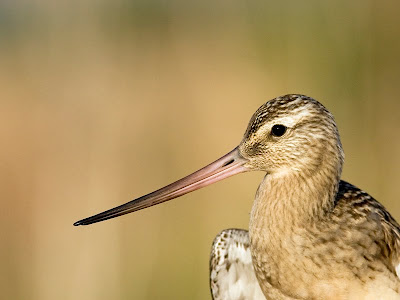 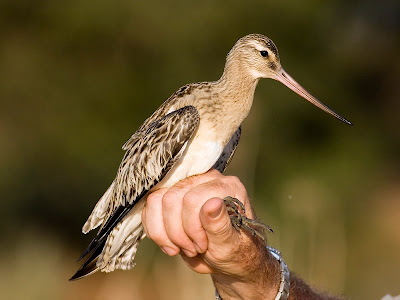 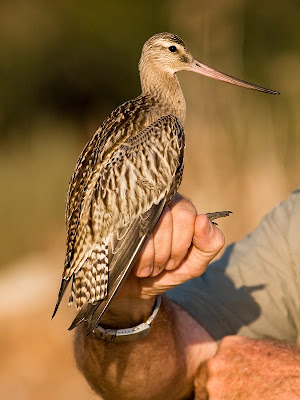 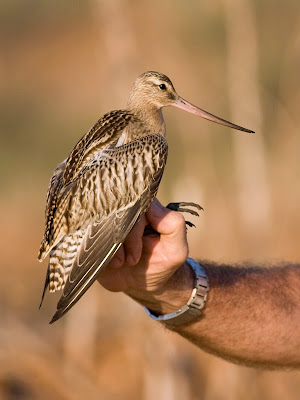 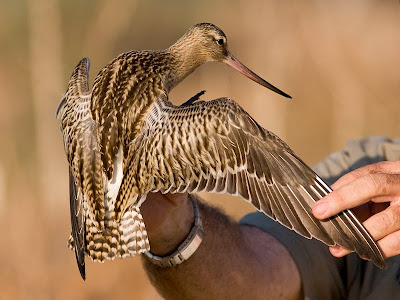 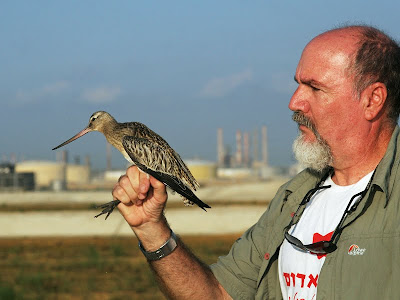 After the lack of birds at night, the early morning catch was actually quite good, with many birds feeding in the tall grassy sections of our pond. We caught another 70 birds or so (didn't punch the data in yet), mainly Willow Warblers and Yellow Wagtails. We had a nice selection of wagtail forms. This adult male gave a 'western'-type call, and with this dark head and small supercilium I guess it's a thunbergi-type from Scandinavia. 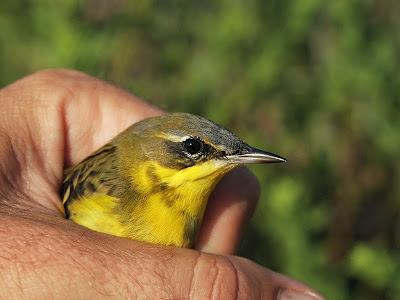 Another nice addition to our catch was seven Bee-eaters. There were large numbers foraging on dragonflies over the ponds, and these seven were stupid enough to get caught. 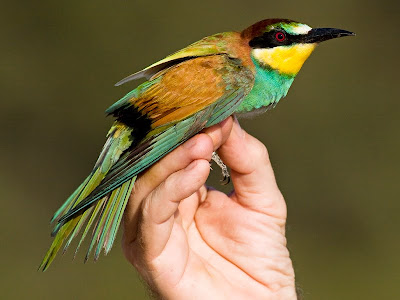 Other birds of note seen during the morning were two Borad-billed Sandpipers and a flyover Water Pipit - my first for the season.
פורסם על ידי Yoav Perlman ב- 7:59 PM