And why does it suck? Because instead of twitching sexy birds or working sexy sites I keep spending too much time in my stinking ponds producing nothing, and because you guys get to see the same images of the same, common birds.
Anyway, today I had some time in the morning so had a quick look at 'my' Ashdod ponds. I thought that as it was 9/11 today, it would have been appropriate for me to find an American lost soul or a bombshell from Afghanistan. But again the best I could find were two Broad-billed Sandpipers. None had a ring on, which is a pity as they look so much better with a ring on, ain't they? One of them was quite well-behaved. In addition I had one citrine Wagtail flying around but didn't manage to see it on the deck. 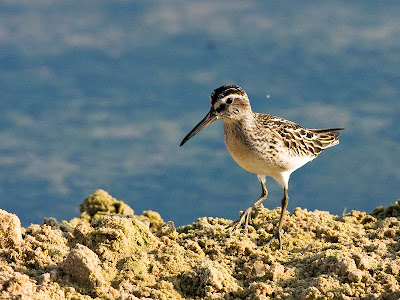 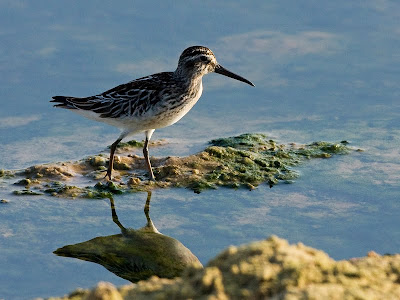 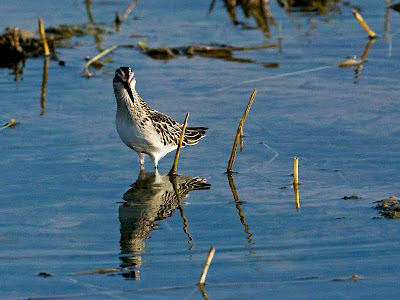 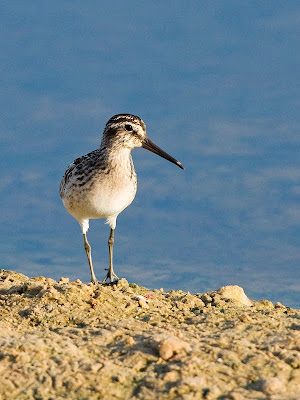 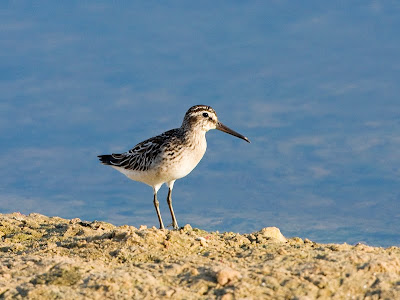 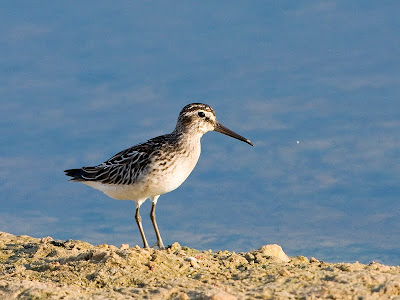 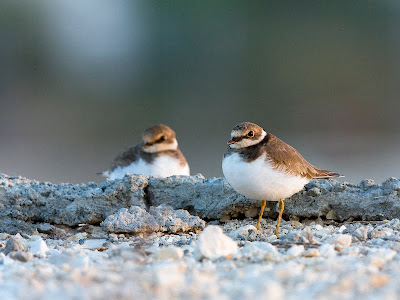 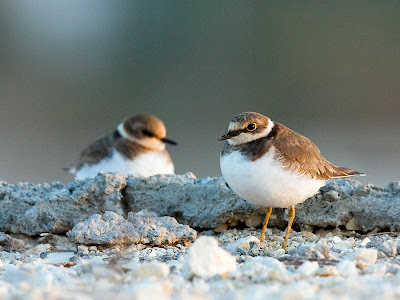 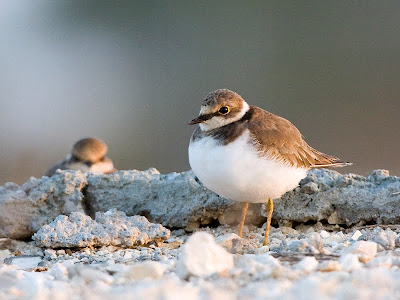 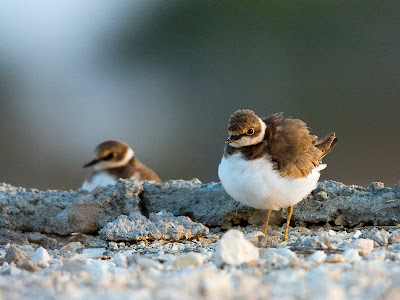 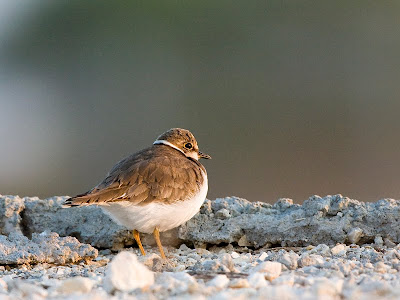 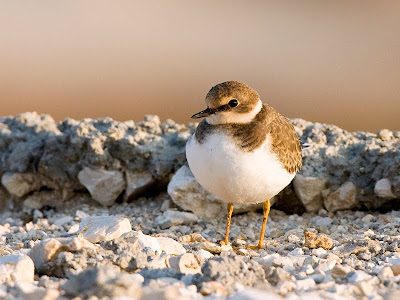 As usual I had a few Temminck's Stints: 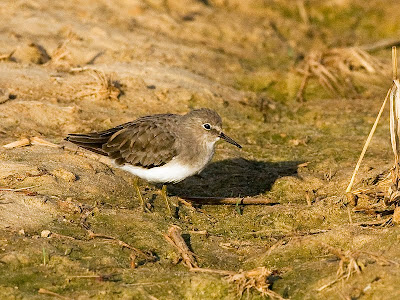 You can see this adult temmicnk is exactly halfway through its primary moult (PMS = 25). 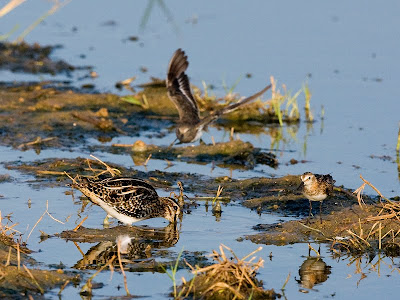 There is a large increase in snipe numbers. I am working hard on them too... but all of them have such a long tail...
Common Snipe 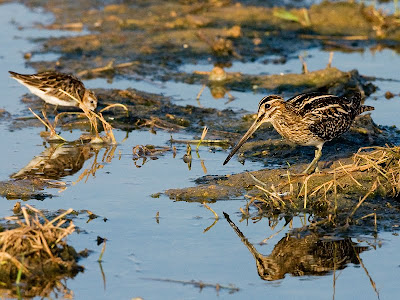 You can see this bird is a 1cy by the blackish tips to its lesser coverts: 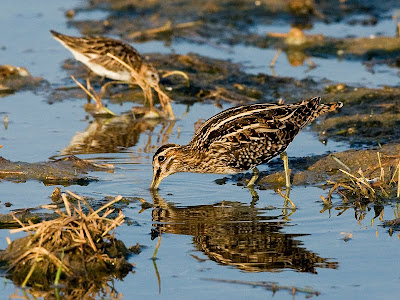 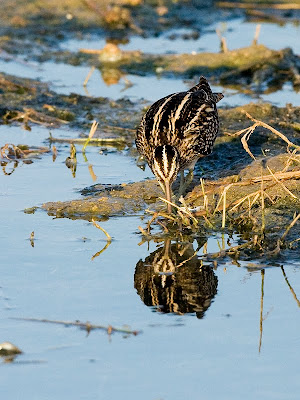 On the way back home I had a quick look at Hulda reservoir, which produced 20 Ferruginous Ducks, an early Black-necked Grebe, 1 Monty's Harrier and 3 White-winged Terns. In the nearby fields there were large numbers of Ortolans and Cretzschchshzhthmar's Buntings in mixed groups.
Cretzschmar's Bunting 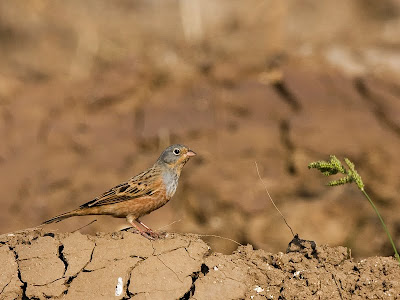 Very large numbers of Turtle Doves are going through now: 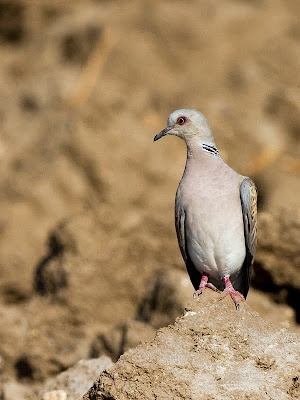