Last night I decided to take advantage of the abundance of waders and small moon; I organized a good team (Yotam, Ora, Hiller, Shlomo and Yosef) and we went mistnetting in the muddy Ashdod ponds. Night conditions were different from the morning, with fewer and more scattered birds, but the main pool was still good enough. we set our nets up quickly and by dusk everything was ready. We kept going until 23:00. We didn't catch too many birds, but we had a very good variety. Commonest species of course was Little Stint. I was happy to catch the single Broad-billed Sandpiper I saw in the morning. Such a great bird! Its bill is so unique. 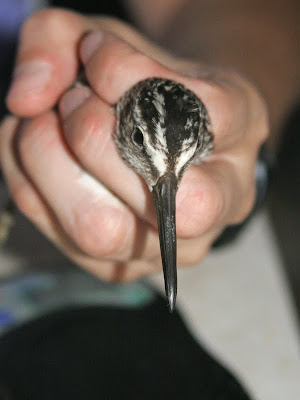 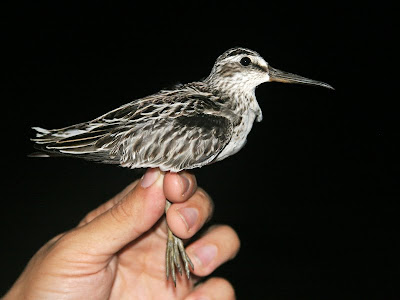 Another good bird for these inland ponds was this juv Turnstone. Again, I had only one in the morning, and we managed to trap it! 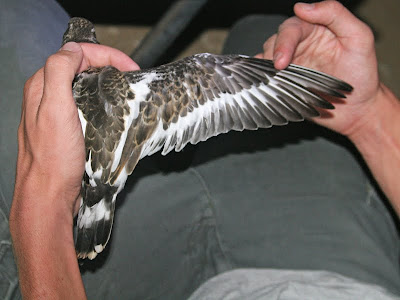 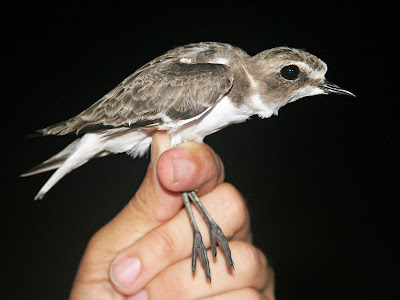 We had one adult Dunlin too, losing its black belly: 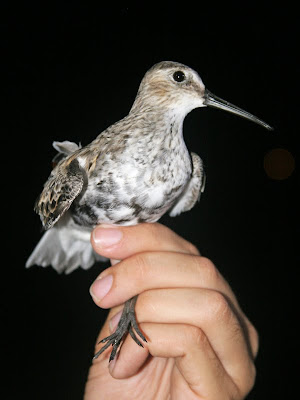 Though present in large numbers, we had only two Ringed Plovers: 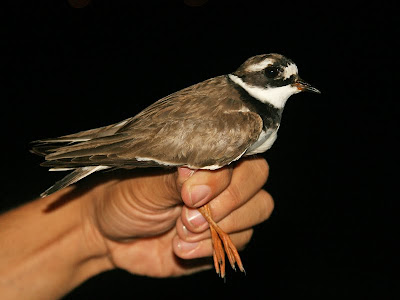 Of the tringas we had one Redshank: 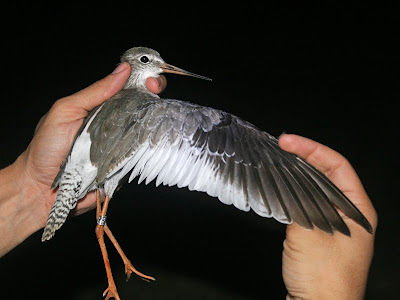 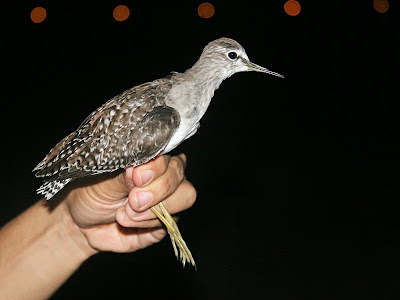 And this Spur-winged Plover added some colour: 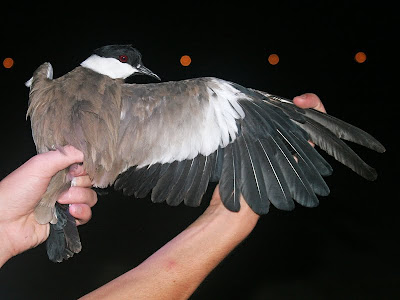 Not quite a bird, this Kuhl's Pipistrelle was a real sweety: 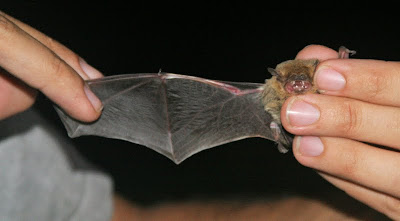 After a short sleep, I returned in the early to my CES for 'normal' ringing. It was pretty good, with Willow Warblers dominating the catch. Two Tree Pipits were nice: 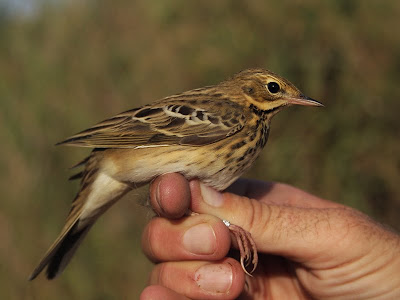