On March 21st I photographed a Caspian-type Tern at North Beach. I was together with many other good birders, the bird flew by and we dismissed it as a caspian. I deleted all images from my memory card apart for this one which I uploaded that evening.
This bird set alarm bells off around the world, as it had a bright orange, pale-tipped bill, plus a few other features that could point towards Royal Tern - shape of black cap, overall paleness, bill shape.
I managed to recover the deleted images from my memory card (thanks Gal!), and the bird is a caspian after all. Note especially the extensive dark wingtips and short tail. It had my adrenalin pumping for a few hours but eventually we did not screw up a first for Israel as I was afraid (and hoping...). 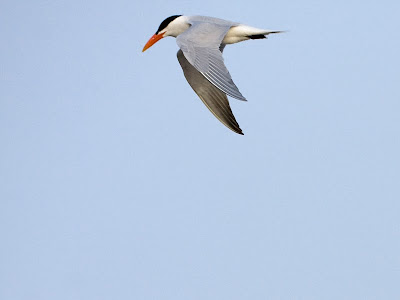 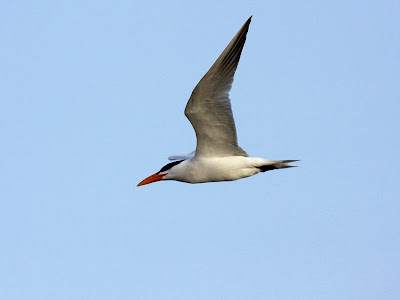 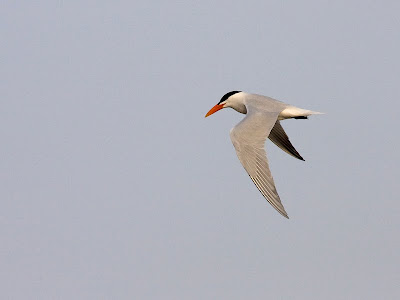 On the way back from Eilat yesterday had a look at Uvda valley which was amazingly green. I had a few couples of Thick-billed Larks but they were all distant. Many Steppe Buzzards stopped there, going for insects: 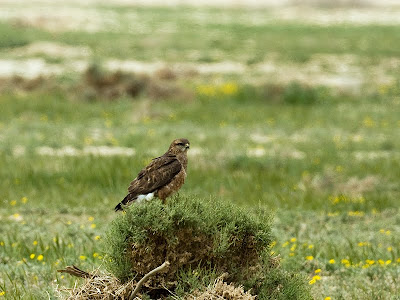 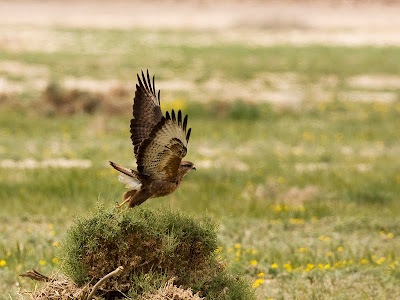