Next week I will be joining the Allstar festival team for the fourth International Spring Migration Festival. I am really looking forward to this great week at Eilat. Spring migration is picking up fast, and there are already so many good birds around - I hope they stick around for next week. The exceptional rainfall the Arava Valley experienced this winter resulted in some amazing green patches that are already attracting those sexy larks...
During the festival I will be busy guiding, but hopefully I will have some time for birding and photography on my own. If I have some energy left in the evenings, I hope to post daily updates on the festival and the best birds around. So stay posted!

To warm you guys up, this is a taste of what we might expect during the festival, based on what we had in previous years.

Best bird for us Israeli birders during the 2007 festival was this Bean goose - the first for Israel. It hung around on the soccer field 200 m from our hotel. 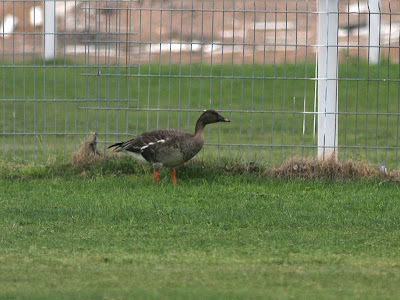 Forgive me for the mediocre images from back then - I had just bought my first DSLR with a humble 400 mm, so the resluts aren't that great, unlike Dick Forsman who already had a big cannon back then. Dick is back again this year for the festival; looking forward to spend some time in the field and on the bar with him. 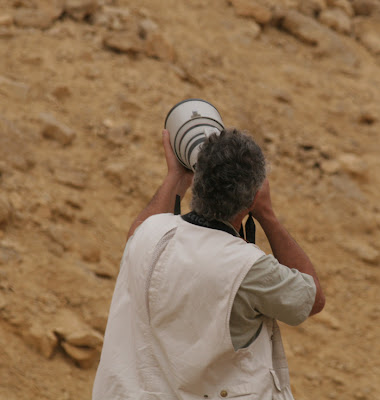 Another star bird was This Dunn's Lark at KM 76. It showed up during an amazing migrant fall. The light wasn't very good, and I had little intimacy with the bird, as I was followed by 20 birders in my group (these are further excuses for bad photography): 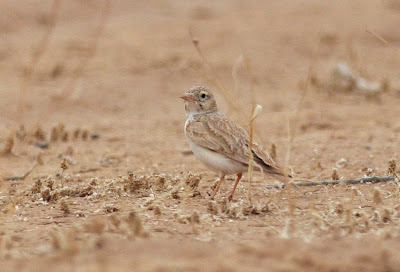 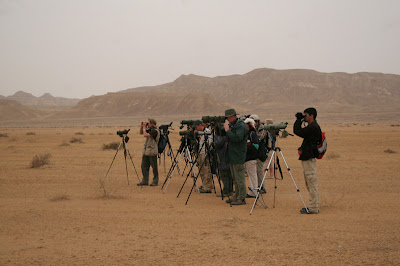 By far the most popular bird of the 2008 festival was this showy Black bush Robin, present at the IBRCE for several weeks. 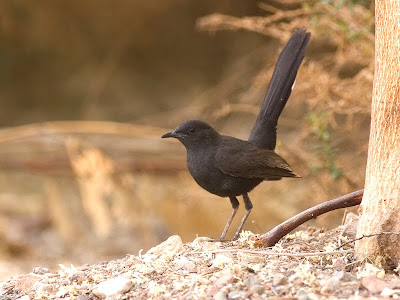 It was enjoyed by all the festival guests. This image was taken by Amir Ben-Dov - thanks Amir for this great image: 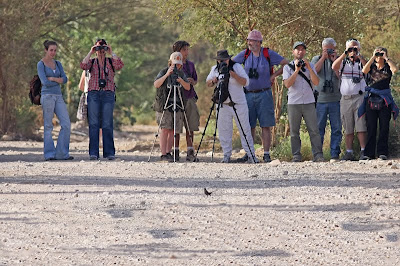 Thick-billed Larks showed well at Hameyshar during the festival. They probably bred there that year. When I drove past with a group back from a Nizzana tour, Dick flagged us off the main road to put us on this fantastic bird: 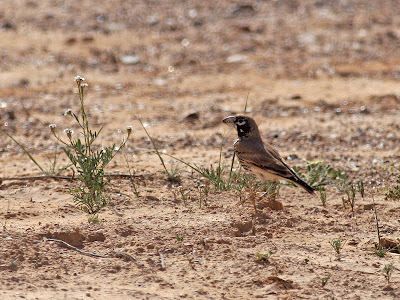 Thick-billed Larks are already present in good numbers in the Arava at the moment, so the chances for us to see them next week are very good.
Several Caspian Plovers showed rediculously well during the 2009 festival. This one was at KM 20 saltpans. Three birds were already seen yesterday, so hopefully they will stick around for the festival. 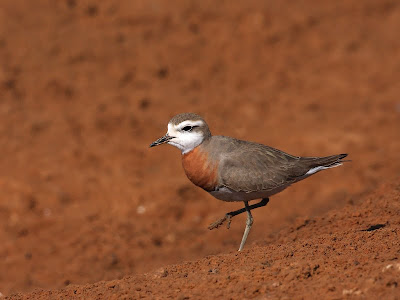 This is LGRE searching for the plover: 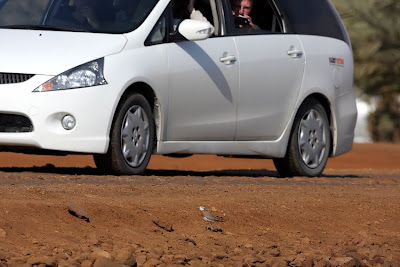 Another good bird last year was this male Pied Wheatear at Arad. I really want to get good images of Cyprus Wheatear this year. 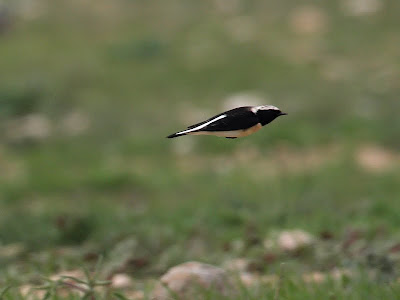 Not a rarity, but such a great bird! Sinai Rosefinches showed exceptionally well last year in the Eilat Mts. 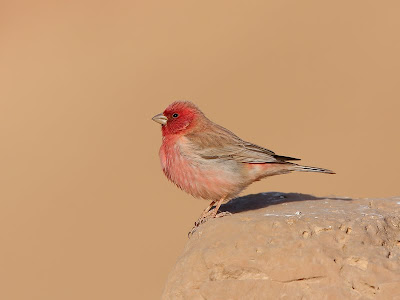 I am sure festival 2010 will produce good new birds, as well as the 'regulars' mentioned above. I am looking forward to this great experience. See you next week!
פורסם על ידי Yoav Perlman ב- 5:02 PM